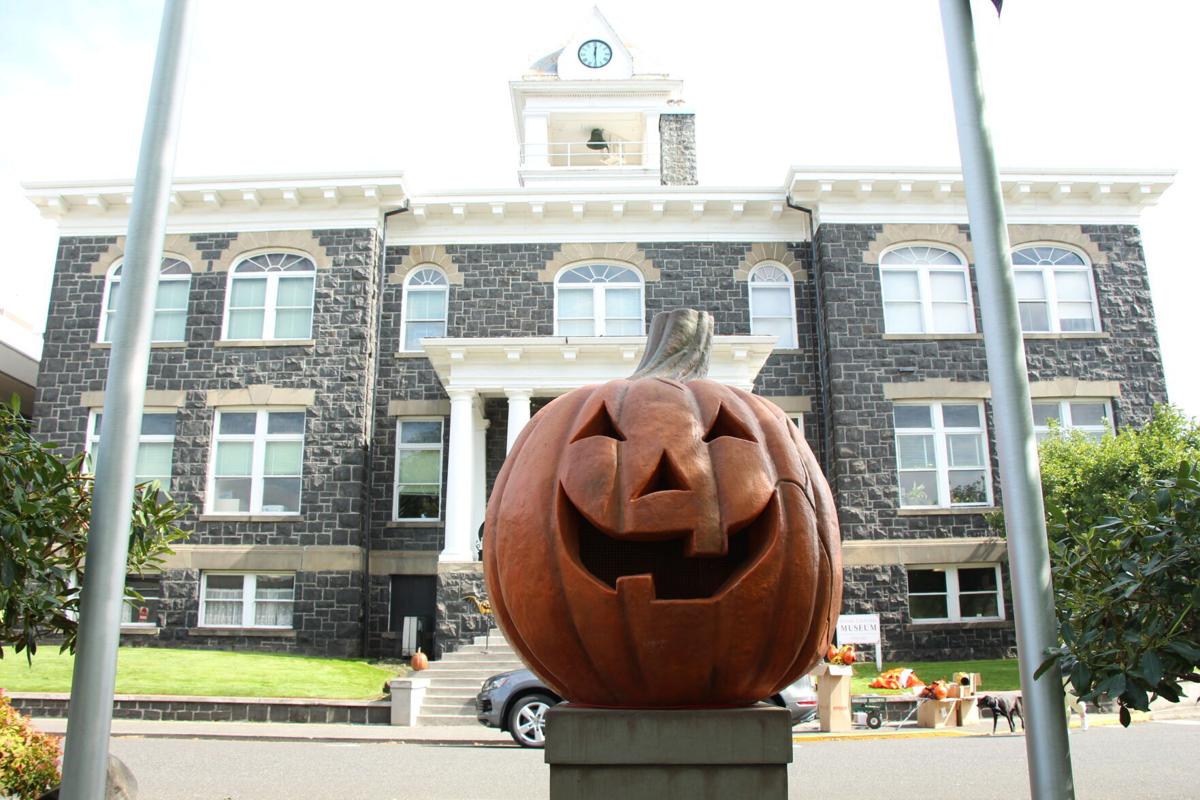 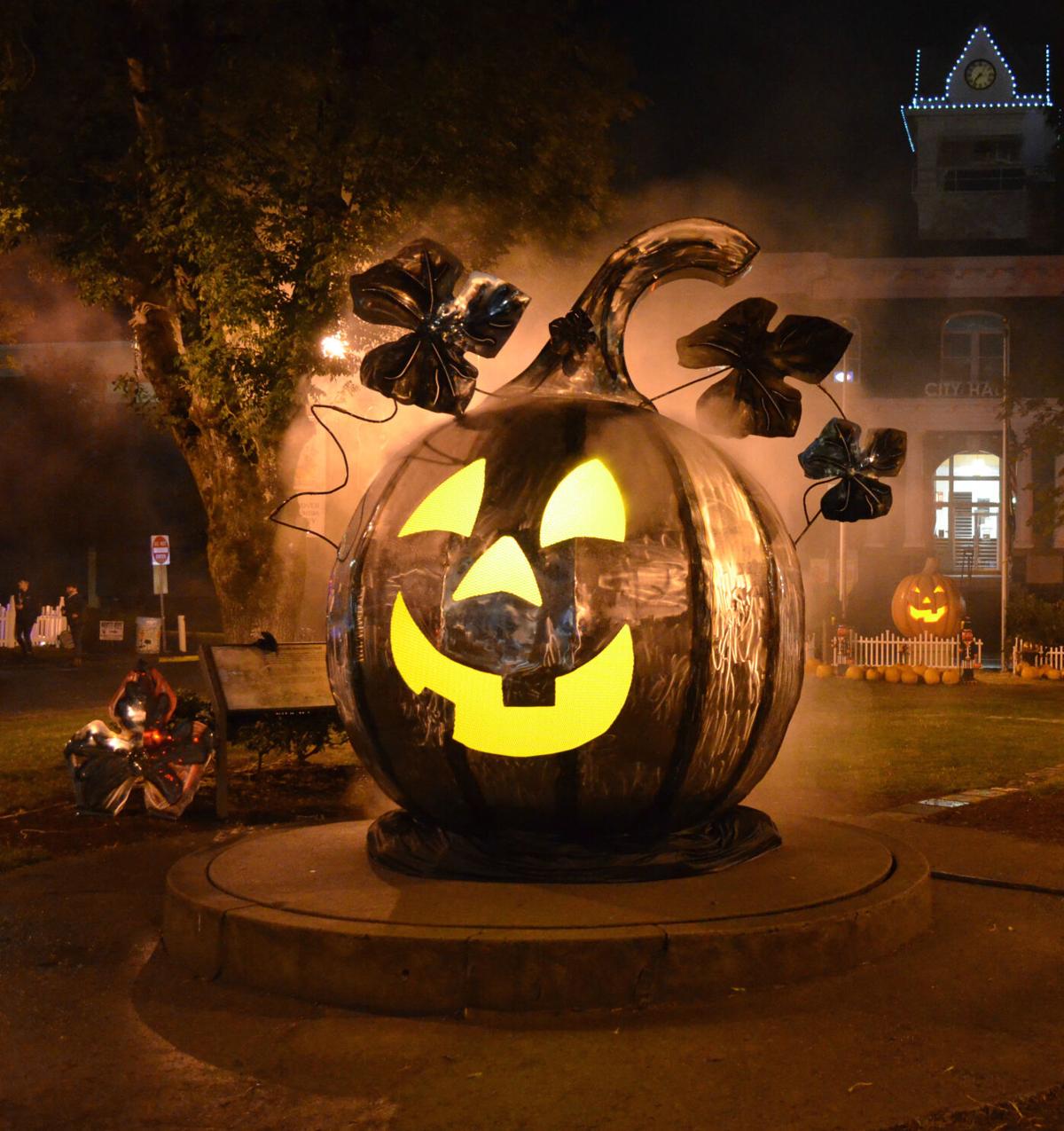 The 2021 Halloweentown will offer a range of new events through October, according to Tina Curry, the city’s contractor for the event.

“Whispers in the Woods at Nob Hill Park, Walking With Pumpkins on Sand Island and The Pumpkin King on the Riverfront are all new,” she said. “We want to utilize the facilities we have and encourage our guests to come by and visit by experiencing more than one street. We are looking forward to the many activities and welcoming all of our special guests who are joining us again like “Sophie, Dylan and Luke” from Halloweentown and “Alice Cullen” from Twilight.”

The Chronicle will join the fun by sponsoring the annual Halloweentown Children’s Parade. The parade is a family-friendly event from 4:30 to 6 p.m. Oct. 30 at the city’s Riverfront District.

General admission tickets to Halloweentown weekend events are $35 and include a number of attractions. They must be purchased online ahead of time via www.spiritofhalloweentown.com.

During the weekends of Sept. 18 and 19 and Sept. 25 and 26, local residents can purchase a “97051 Locals Only” ticket for only $20 by providing ID or mail showing a local 97051 address. Purchase your discounted ticket ahead of time or at the gate. This is the only time you can purchase admission to Spirit of Halloweentown at the gate – otherwise all tickets must be purchased online. Discounted admission includes all attractions and parking.

To purchase discounted admission online, select the 97051 Locals Only option at spiritofhalloweentown.com and enter the discount code listed on the purchase page. You will need to show your proof of residence along with your ticket at the time of entry.

To purchase reduced admission at the gate, show a drivers license or piece of mail with a local address containing a 97051 zip code in-person at the gate to receive Spirit of Halloweentown admission for only $20 during the weekends of Sept. 18 and 19 and Sept. 25 and 26.

Spirit of Halloweentown is expected to impact parking in the downtown area throughout the end of September and during October, according City of St. Helens officials who have posted the following details on the city’s website.

Paid parking is available at 471 Plymouth Street for $15, which is included in the cost of a general admission Spirit of Halloweentown ticket. If you make a $15 purchase at the Vendor Village during your visit, show your receipt at the gate and receive free parking.

Street closures will include the area surrounding Plaza Square:

Local residents and business owners in affected areas concerned about parking impacts should contact the City of St. Helens at 503-397-6272 or come to city hall during regular business hours.

In 1998, St. Helens served as a backdrop to the Disney Channel Halloween classic Halloweentown, and each year thereafter the city transforms the Riverfront District into the Spirit of Halloweentown, a celebration of all things spooky. The town becomes a month-long event, attracting tens of thousands of visitors each year and offering “family friendly” attractions.

Occasionally, Halloweentown is host to special guests like the cast of the movie, which reunited in St. Helens for the event in 2017. The event has grown with each year, but in 2020, Halloweentown had to downscale a bit due to COVID-19.

Halloween has been a major city celebration and centerpiece for decades and includes an annual children’s parade featuring costumed kids; trick-or-treating at the local businesses’ front doors and people making creative scarecrows and hanging their displays all around St. Helens.

While Halloweentown is designed for fun and community engagement, it also provides a significant boost to the city’s economy, according to St. Helens City Administrator John Walsh who said in a previous published interview with The Chronicle that in many ways the event has transformed St. Helens from a fading mill town to a community recognized internationally as a top destination for Halloween activities.

“Halloweentown has created a sense of community identity and brought an economic boost to the region,” Walsh said. “The event draws tens of thousands of visitors each year throughout the month of October which stay in hotels, eat at local restaurants, shop at local merchants and experience all that St. Helens has to offer.”

“This is direct to businesses and merchant dollars,” Curry told The Chronicle in an August interview.

In addition, the City of St. Helens and sponsors have received an estimated value of several million dollars in media reach through magazine, newspaper, radio and social media articles and tourism-related articles, according to Curry.

• 6:30 p.m. Halloweentown Pumpkin Lighting (The only lighting this year)

(Dylan and Luke from Halloweentown)

The entire listing of events for the Spirit of Halloweentown can be found athttp://spiritofhalloweentown.com/attractions.

Each year, the city of St. Helens, Oregon undergoes a magical transformation, decking out its historic Riverfront District in all things Halloween as an homage to two movies that were filmed in the town: Disney’s “Halloweentown” and the vampire-novel-turned-movie “Twilight.”

In 2021, the city welcomes celebrities from both movies to its abundant offering of family-friendly events starting September 18 and running through October 31.

While general admission to the festival includes a variety of activities such as a haunted house, costume contest, live performances, vendors, and photo ops, each weekend features unique activities which are only available for a limited number of days.

Of note this year is a celebrity guest appearance by Ashley Greene, who played vampire Alice Cullen in “Twilight.” St. Helens, Oregon was the filming location for several scenes in the first “Twilight” movie, including the house of Bella Swan’s father, the Petite Jolie dress shop, the Thunderbird and Whale bookstore, the Bloated Toad Italian restaurant, and the location where Edward saved Bella from her would-be attackers in an alleyway. On Saturday, October 23, Greene will be available for exclusive photo ops, autographs, and a VIP meet and greet.

“Halloweentown” movie actors J. Paul Zimmerman and Phillip Van Dyke will be at Spirit of Halloweentown on October 23 and 24. Zimmerman co-starred as Marnie’s brother Dylan and Van Dyke played the braggadocious love interest in the made-for-tv movie. Both actors will be available for a VIP lunch and question and answer session.

The most popular event of Spirit of Halloweentown is the lighting of the giant pumpkins. Help kick off the start of the holiday season with your family by counting down the seconds until two giant pumpkins are lit in the city’s historic town square. In 2021, the Pumpkin Lighting Ceremony takes place on Saturday, October 2. One pumpkin is a replica of the giant pumpkin featured in “Halloweentown” and the other is an enormous work of steampunk metal art. The pumpkins, which both stand over six feet tall, are available for photo opportunities every day until the end of October.

The Spirit of Halloweentown ends the season with a special parade for children. Parents, guardians, and children are encouraged to dress in their best Halloween costumes and join in the Little Trick or Treaters Costume Parade on October 30. The event is free and includes prize opportunities and a chance for kids to parade along the city’s main downtown street in full costume.

General admission tickets to Spirit of Halloweentown, along with special celebrity engagement tickets and a full list of events, are available on the festival’s website at www.spiritofhalloweentown.com. The festival will observe the latest COVID-19 restrictions as changes occur. Masks are currently required to be worn at the festival and we strongly encourage you to check the event website for any COVID-19 changes prior to your arrival.

Halloweentown is a tradition in St. Helens and it has been the city’s signature event for decades, drawing people from far and wide.