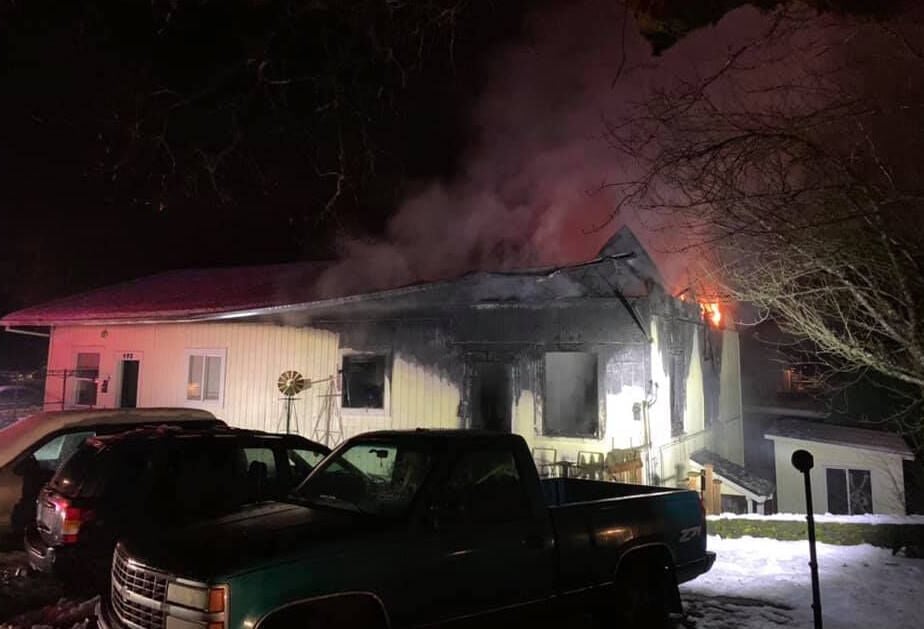 Flames can be seen coming from the tree unit apartment. 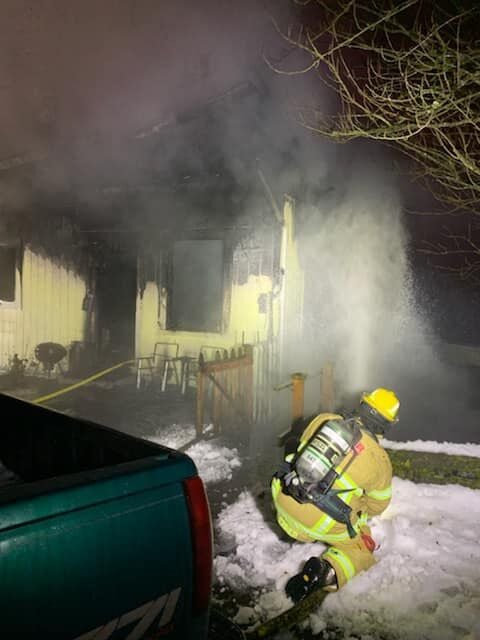 A CRFR crew member holds a hose spraying water on the blaze. 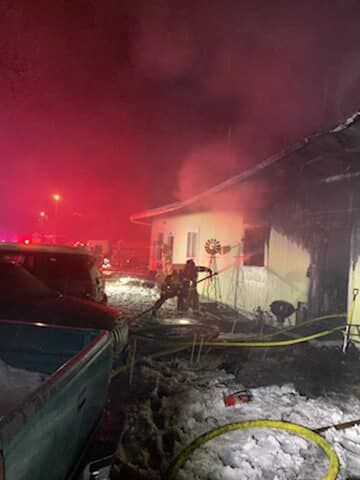 Nine people are displaced this morning and three units of a St. Helens apartment are uninhabitable following a fire at the structure Monday night, Feb.15.

Columbia River Fire & Rescue (CRFR) responded to the blazed at 11:20 p.m. in the 400 block of Wyeth Street in St. Helens. As the fire crews arrived they found one unit of the multi family apartment style dwelling fully involved with fire. The heat and flames eventually caused a roof collapse on the dwelling.

CRFR reported the weather conditions made the fire attack even more tricky.

Dogs and cats who had resided at the apartment complex were unaccounted for following the firefighters efforts to put out the blaze.

As of early Tuesday morning, there were no specific details available about the cause of the fire or the estimated amount of damage. There also were no reports of any injuries.

Red Cross is assisting the families.