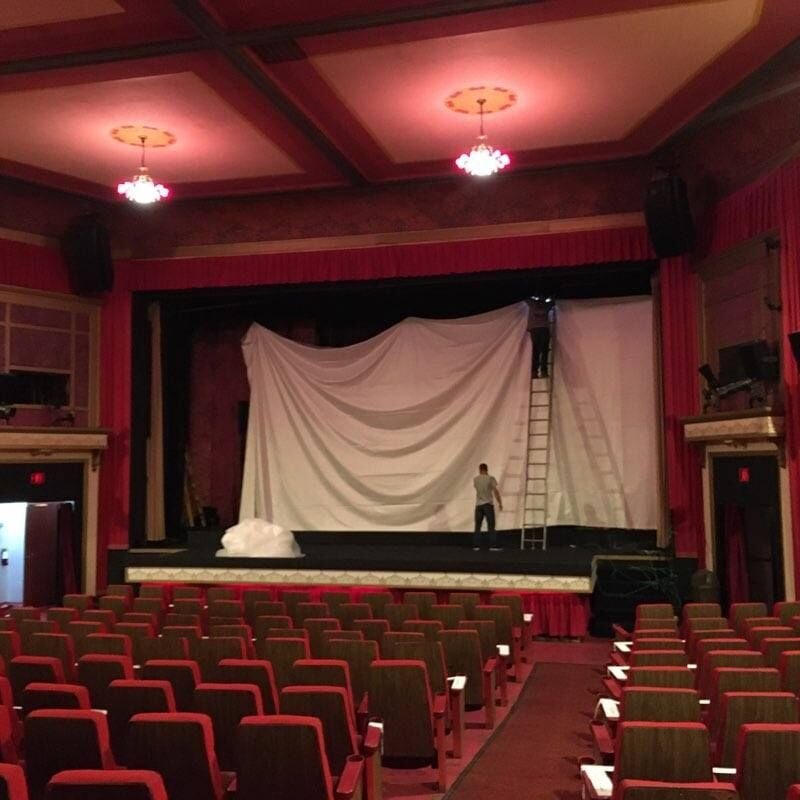 Technicians install the new screen in Columbia Theatre. The new screen retains the same curved style and dimensions as the old screen. 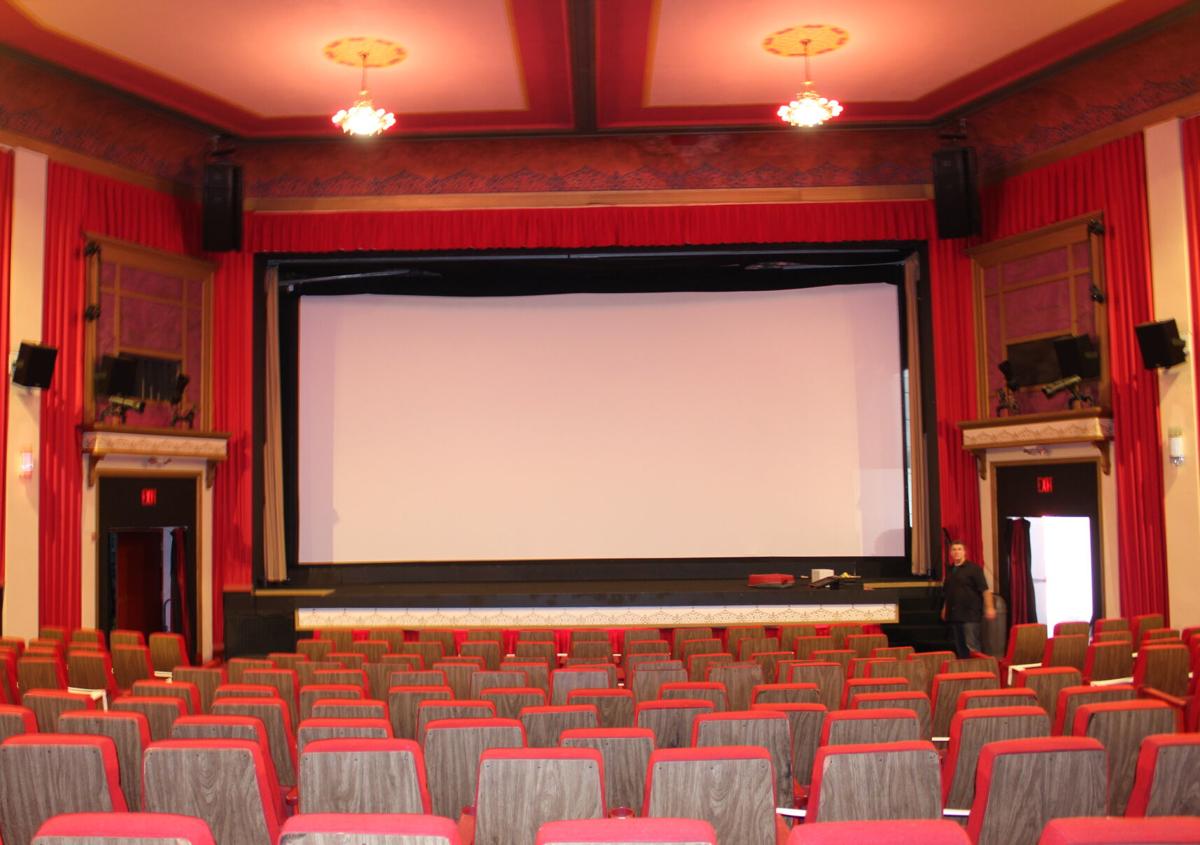 The operators of the historic Columbia Theatre in downtown St. Helens recently installed a new screen for their movie watchers. 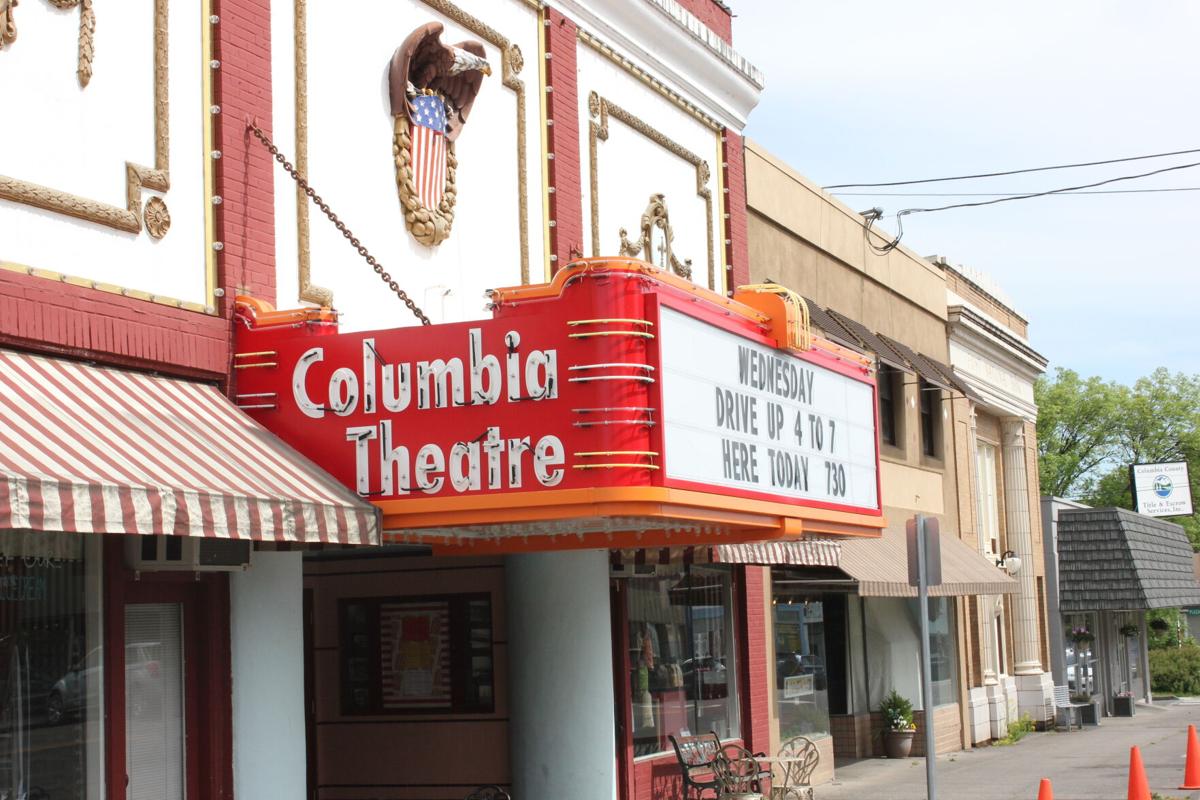 The historic Columbia Theatre in downtown St. Helens is sporting a new screen for movie watchers.

After closing at the beginning of the pandemic, the theatre offered a Friday night drive-up popcorn and merchandise sale. Almost every Friday night, from 5 to 7 p.m., cars have been lining up in front of the Columbia Theatre to purchase popcorn buckets for $5 a piece, as well as an assortment of movie posters, t-shirts and gift cards for the theater.

“Our customers have been amazing and that is what has kept us afloat,” Columbia Theatre co-owner Leah Tillotson said.

The theatre, at 212 S. First Street in the Old Town District of St. Helens, had been closed for audiences since March 18 following the state’s social distancing order, but Tillotson, along with her husband, co-owner Lance Tillotson, found a way to keep the operations going by having drive-up popcorn sales in front of the facility.

Then the theatre reopened last fall with limited seating. Yet, with a lack of new movies, the theater’s reopening feels slow, according to Tillotson.

“Without any big new movies it feels as though we are just now opening,” she said.

Since opening, the theatre has continued the drive-up popcorn sales and offers re-showings of popular films, like Mortal Kombat, plus the additional new movie, like Disney’s recent release, Raya.

There was just one problem. The old screen gave the movie images a moiré effect. (Moiré effect is a visual perception that occurs when viewing a set of lines or dots that is superimposed on another set of lines or dots, where the sets differ in relative size, angle, or spacing. The moiré effect can be seen when looking through ordinary window screens at another screen or background.) So, Tillotsen decided to spring for a new screen.

Purchased using funds from the “Main Street Grant” given to the theatre two years ago — the same grant that funded the theatre’s new marquee — the new screen retains the same curved style and dimensions as the old screen, 35 feet by 15 feet tall, said Tillotson.

“We have three years in total to use the grant, she said. “We still have some really great projects to go.”

Tiillotson said those projects have yet to be determined.

“We are really excited for Cruella and some of the other summer movies,” Tillotson added. “We are still limited to 50 people per show. With any luck that will be changing soon.”

I'm excited for this theatre to remain a part of our village. Never been in the place though. Some kind of Indie films would get me in the door, even if it was only 1-3 days a month.