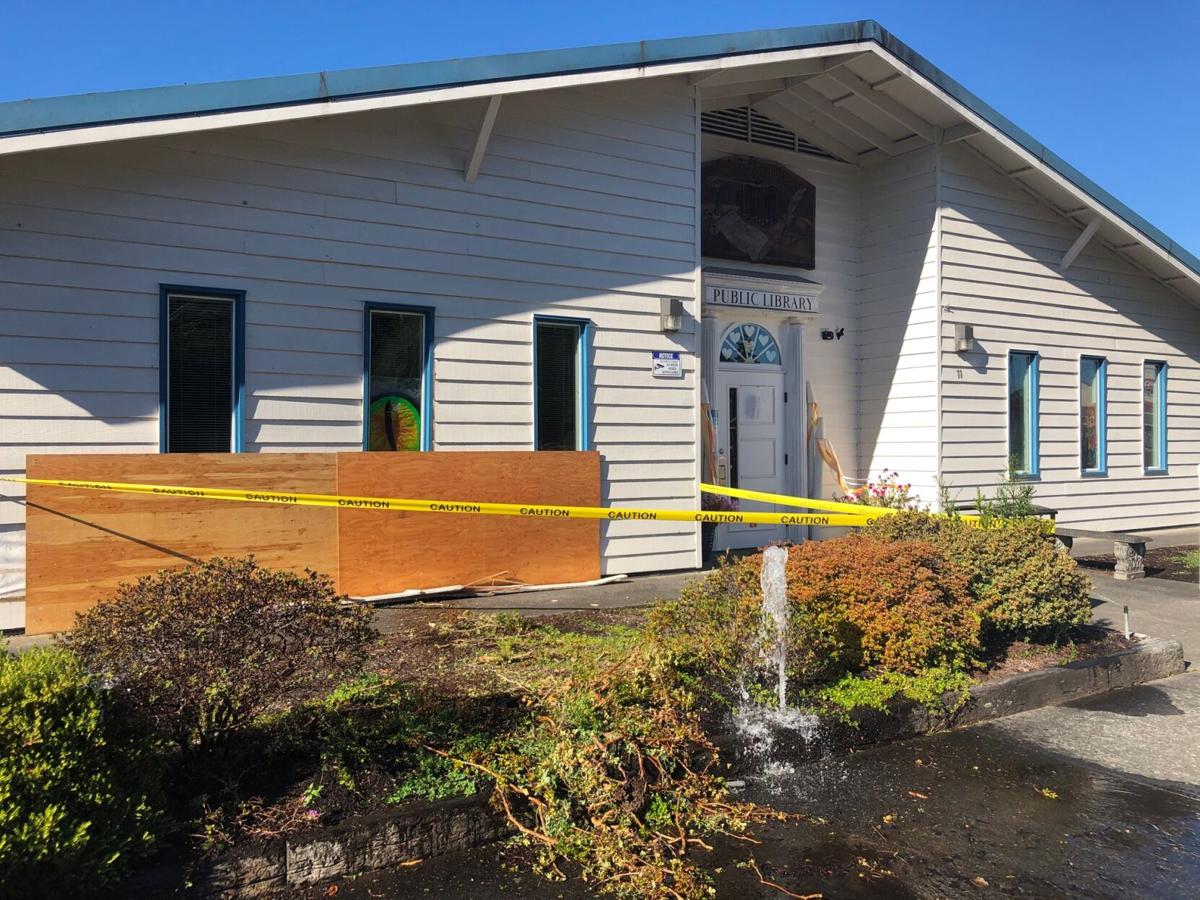 Large boards cover a front portion of the Clatskanie Public Library District building after a vehicle smashed into the structure. Authorities said the driver of the vehicle was intoxicated. 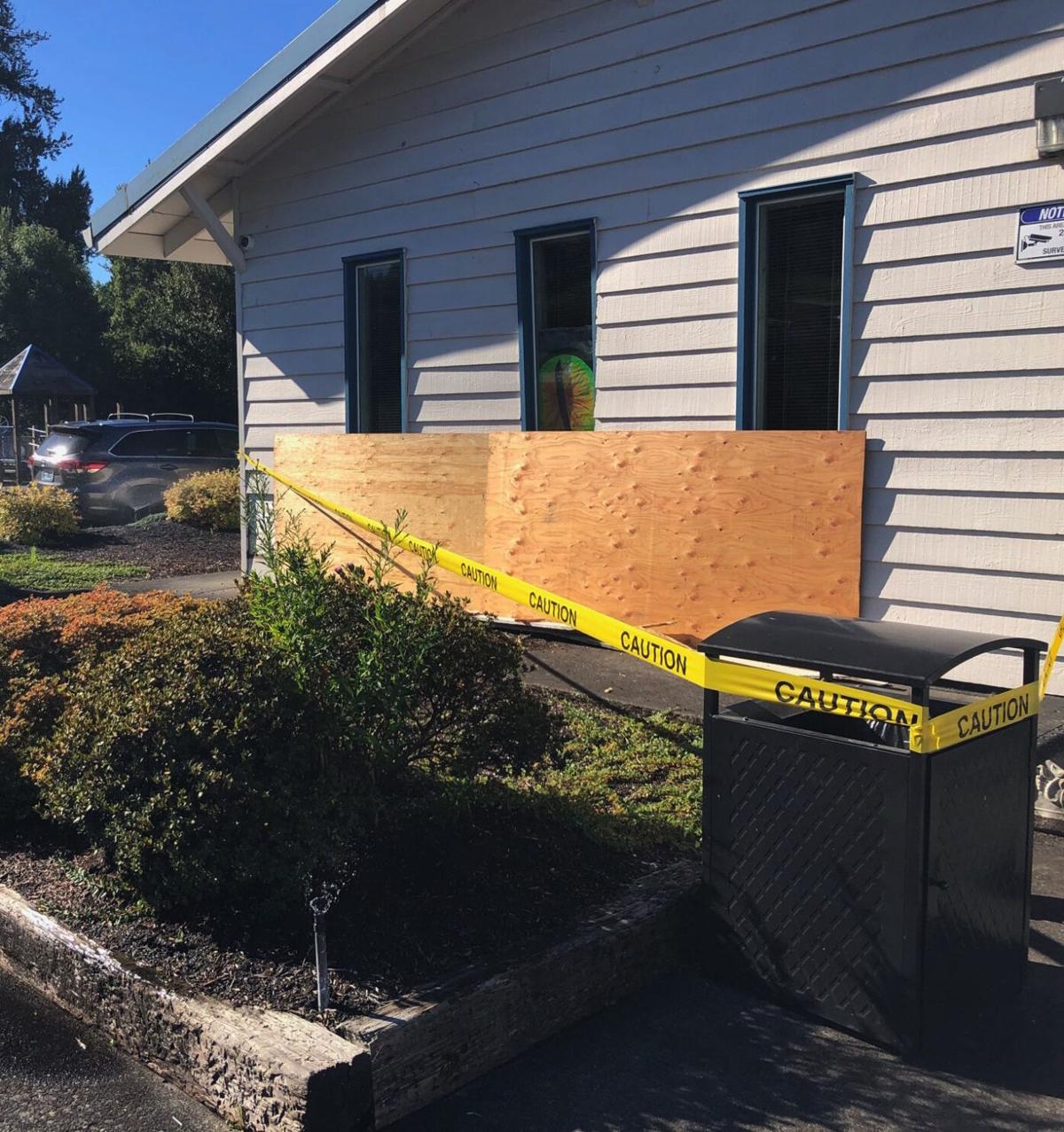 This side of the library suffered the impact with damage to the adjacent shrubbery and sprinkler system.

Repair and rebuilding work is ahead for the front portions of the Clatskanie Public Library District building at 11 Lillich Street.

This, after authorities said a vehicle struck the building at approximately 7:04 p.m. on Wednesday, Sept. 2.

“This driver came around the corner, hit the building, and just drove away,” White said.

White said witnesses, including people at nearby Cope’s Park and at a doctor’s office across the street from the library, who reported the incident immediately. White said that quick action allowed law enforcement to respond promptly.

According to White, the driver has been charged and was arrested at his home the evening of Sept. 2.

“We’re grateful to the Columbia County Sheriff’s Office, which responded immediately, and we’re grateful to the city manager and his public works guys who came out and secured the building,” White said. “So a lot of people came together instantly, and that’s really helpful.”

White said she is waiting for insurance adjusters to give the library an idea of what damage costs will be.

There is structural damage to the building, according to White, the dry wall where the car struck is broken from floor to ceiling.

There may be damage to the materials inside the building, and there are sprinkler heads outside the building that will need to be replaced as well as a shrub that was ripped out by the driver, White said.

Inside the building, White said the impact was enough to send two bookshelves full of reference books, the heaviest books inside the library, across the room.

“They’re all over the place,” White said.

Because the library is part of a special district, White said the building is insured through the Special Districts Association of Oregon, which will pay for the damages.

“We’ll be getting some contractors to give us quotes on the repairs, and then we rebuild,” White said.

Even though the building is damaged, and has now set back reopening, White said she is counting her blessings. No one was injured in the accident, which White said is lucky, because there are often teenagers sitting or leaning against the now-boarded up wall in order to access WiFi, and the area is heavily trafficked because of the children’s park close by.

In the surveillance video White watched, she said about 30 seconds before the crash, there was a woman walking on the sidewalk in front of the library.

White said she wanted to deliver one more message to the community.

“There’s so many precious things here, not the least of all is children," she said. "We really need people to slow down coming around this corner, drunk or not. There’s nowhere that anybody is going that is important enough to take a life."

"It could have been worse."