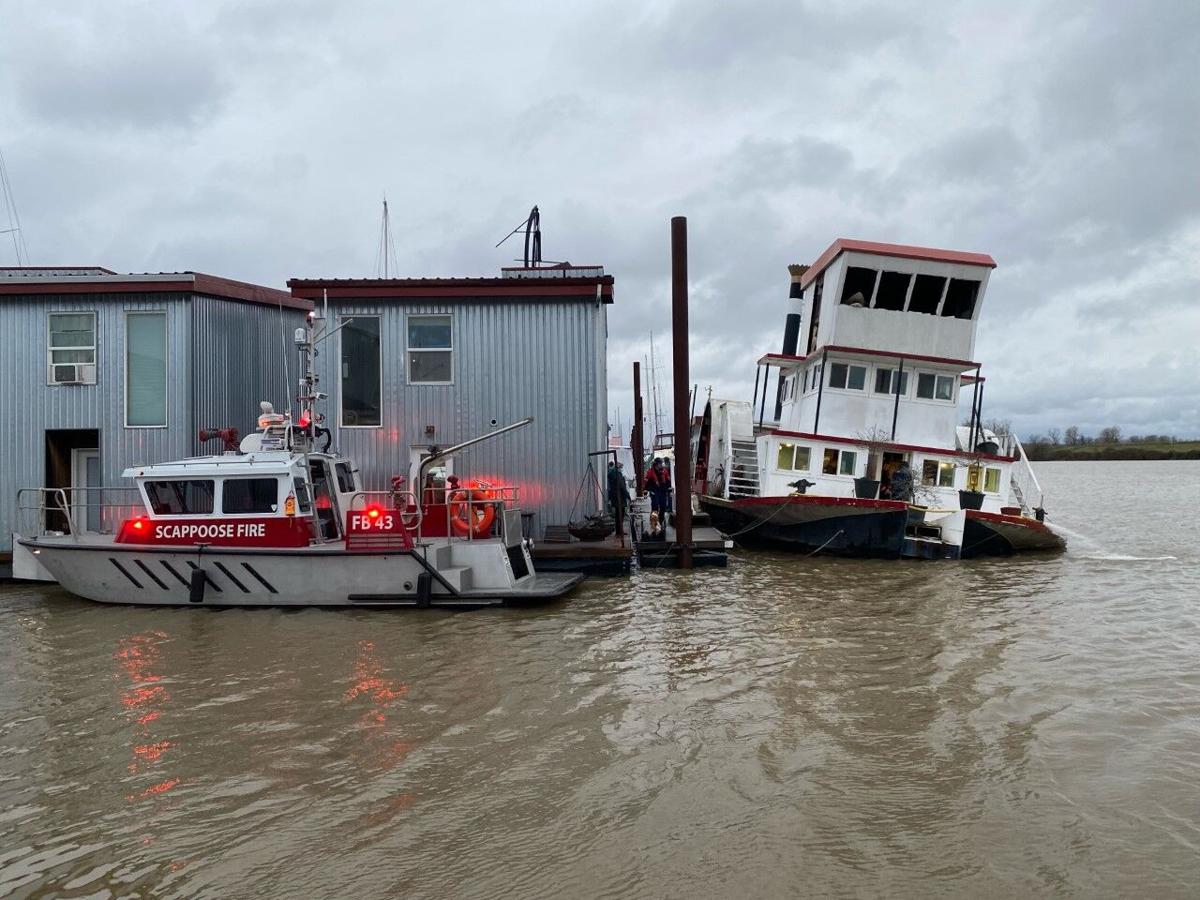 Late afternoon Thursday, Jan. 5, first responders brought one individual to safety and drained excess water taken on by this 85-foot vessel on the Columbia River south of Scappoose. 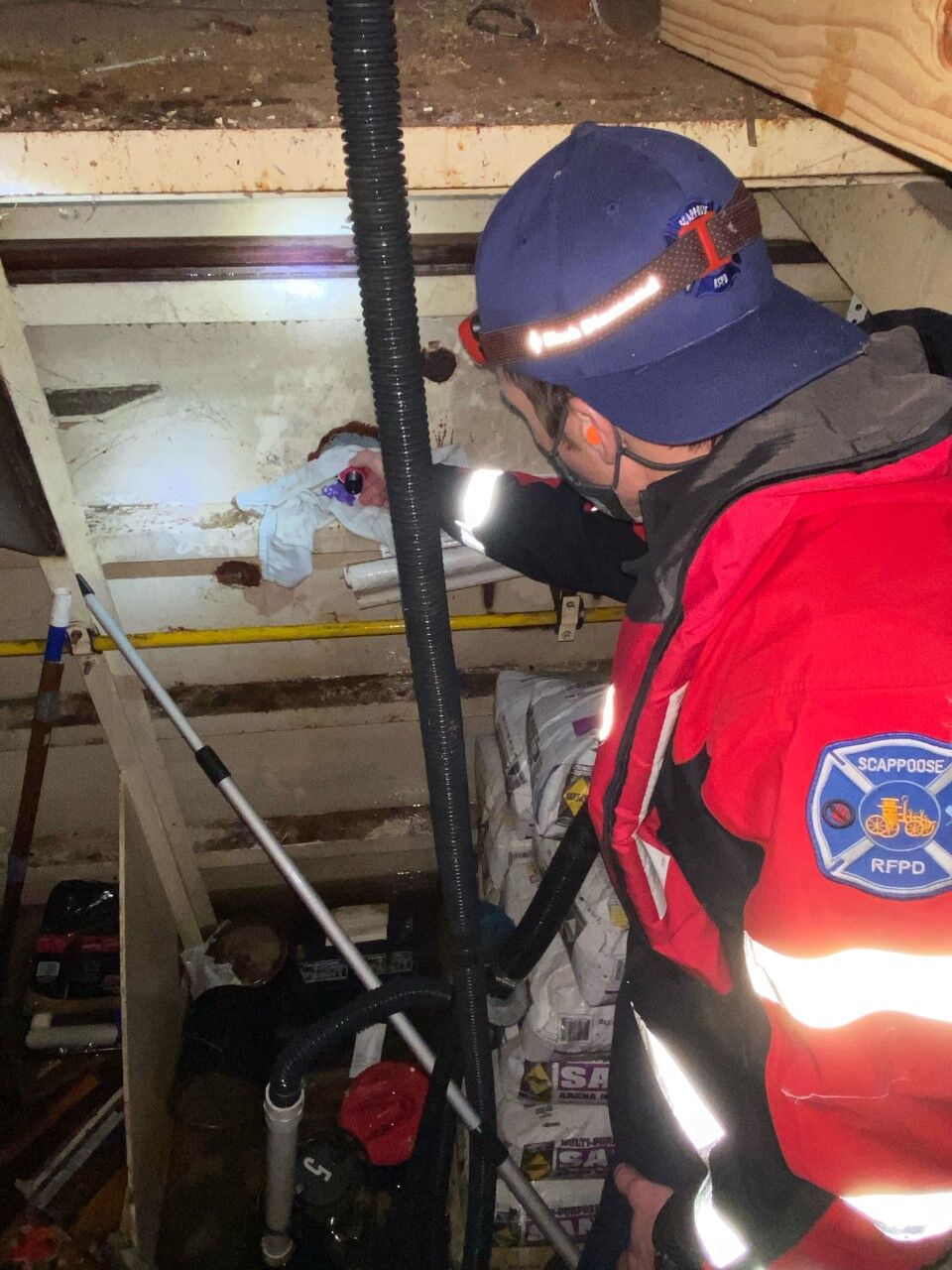 A Scappoose Fire District crew member works to patch hole inside the watercraft.

A vessel has been up righted, after nearly capsizing along the Columbia River south of Scappoose.

A Scappoose Fire District crew responded to the late afternoon Jan. 6 incident, in the 34000 block of Johnson Landing Road.

As first responders arrived, the 85-foot vessel was taking on water and two of the vessel's three bulkheads were full of water.

The vessel's resident was evacuated while first responders worked to stabilize the craft. No injuries were reported in the incident.

Utilizing two trash pumps, first responders were able to dewater two of the holds that were flooded on the vessel, according to a release from Scappoose Fire. Once the water was removed, crews found two holes where water was entering the vessel. Crews were able to plug both holes stopping the leak and the boat was completely dewatered, averting the vessel from capsizing.

Sauvie Island Fire District provided a volunteer engine company to assist with the emergency response and the Scappoose Ace Hardware store provided the appropriate plug to stop the leak.

Specific details about what caused the water leak were not immediately available.

The owner was lodged in a hotel for the night pending repairs to the vessel.