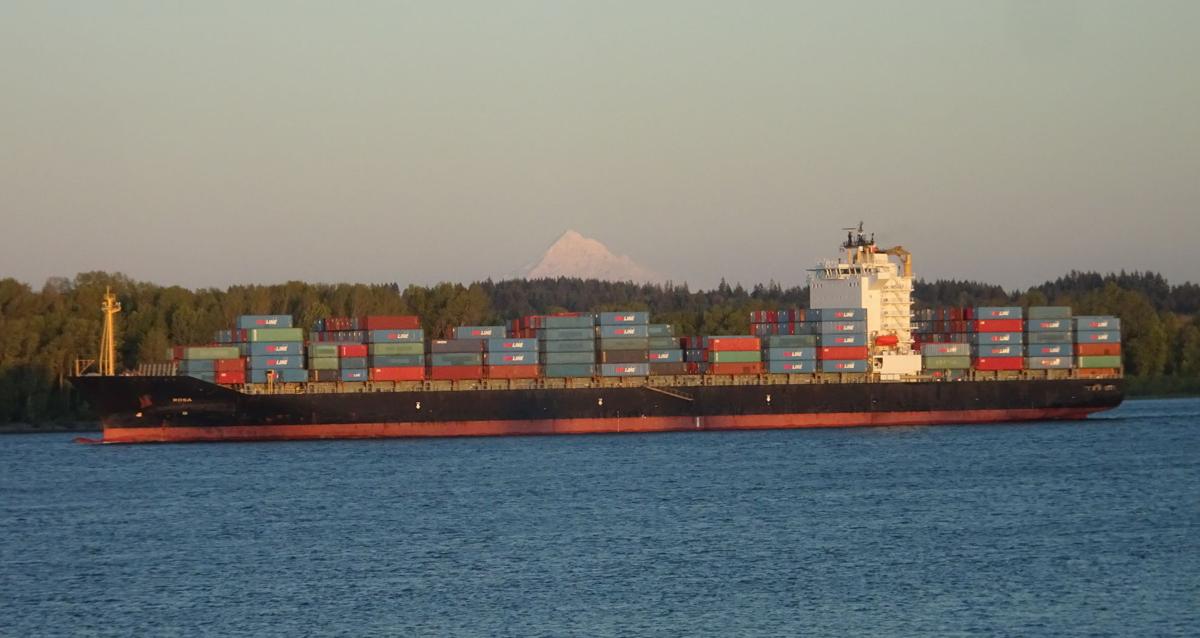 You can see the heavy use of the Columbia River at St. Helens as large ships navigate back and fourth from sea to ports in Columbia County and Portland. 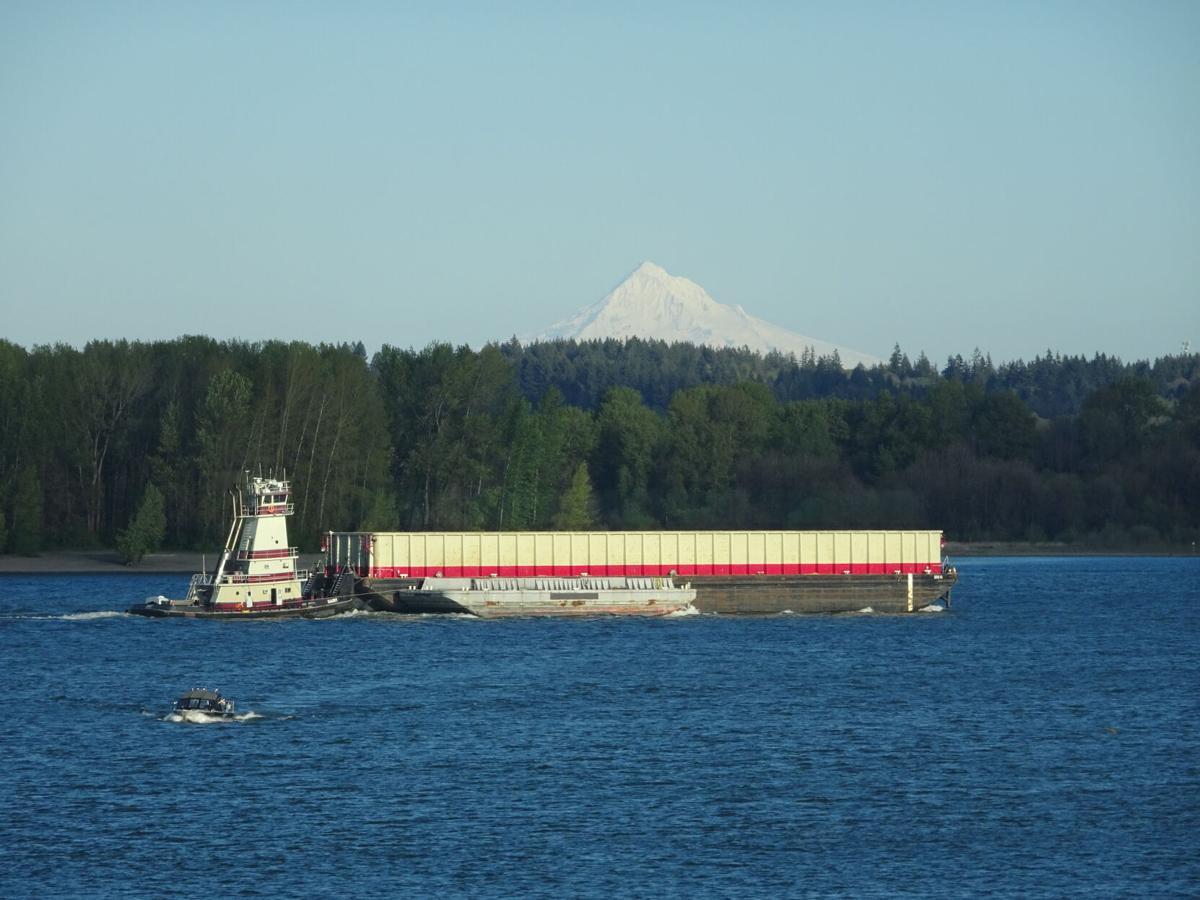 A barge is being pushed up river by a tugboat passes St. Helens.

Officials said the release of the final EIS is a substantial step toward accomplishment of a priority item of the Presidential Memorandum on Promoting the Reliable Supply and Delivery of Water in the West issued in October 2018.

This final EIS documents the detailed analyses of environmental, social and economic benefits and consequences to affected resources of the alternatives considered for improved integrated operations.

The Preferred Alternative documented in the final EIS includes implementation of innovative dam operations that balance fish benefits and energy goals by spilling more water in the spring for juvenile fish passage.

If the Preferred Alternative is selected, measures it contains are anticipated to result in benefits to juvenile and adult Endangered Species Act–listed anadromous and resident fish and Pacific lamprey, while providing reliable flood risk management and flexibility for variability in climate conditions, water supply for irrigation, municipal and industry use, water, and flexibility in hydropower generation, minimizing adverse effects to the human and natural environment.

The final EIS includes the co-lead agencies’ analysis of effects of operation, maintenance and configuration of the Columbia River System, and responds to substantive comments on the draft EIS, which was released in February 2020. In all, the co-agencies hosted 6 virtual public meetings and received almost 59,000 comment letters on the draft EIS.

"The overwhelming response of Northwest tribes, the general public and other stakeholders helped us successfully complete the EIS," U.S. Army Corps of Engineers Northwestern Division commander Brig. Gen. D. Peter Helmlinger said. "The analysis in the final EIS will support the Record of Decision we will release in September."

The final EIS carries forward the Preferred Alternative identified in the draft EIS with an additional measure added as a result of ESA consultations. Public, agency and tribal comments helped identify areas that needed clarity or correction. New discussions in the document reflect these inputs and public comments and the results of independent external peer review.

The co-lead agencies plan to release a joint Record of Decision in September 2020 documenting which alternative evaluated in the final EIS will be selected for implementation.

"Throughout the development of the EIS, we have listened carefully to the diverse interests across the Pacific Northwest and worked to strengthen regional cooperation, partnerships and understanding of our shared interests," BPA Administrator Elliot Mainzer said. "We are committed to working with our many regional partners and customers to achieve the important goals of long-term salmon recovery and economic vitality for communities throughout the Columbia River Basin."

The final EIS is the result of more than three years of regional collaboration among the co-lead agencies and more than 30 Tribes, state, federal and county agencies in the National Environmental Policy Act process.

"Collaboration has been the cornerstone of this process," Reclamation Regional Director Lorri Gray said. "This document evaluates the necessary balance between responsible environmental stewardship and the multiple uses of the Columbia River System."

The document also includes, as appendices, recently completed biological opinions evaluating impacts from the Preferred Alternative on 13 species of salmon and steelhead along with other ESA–listed species under the jurisdiction of the National Marine Fisheries Service and the U.S. Fish and Wildlife Service.

The biological opinions document ESA consultation on the continued operation and maintenance of the Columbia River System, and conclude that the Preferred Alternative is not likely to jeopardize the continued existence of the species or destroy or adversely modify their designated critical habitat.

Congress authorized the U.S. Army Corps of Engineers and Bureau of Reclamation to construct, operate and maintain the 14 federal dams as one interconnected system to meet multiple specified purposes, including flood risk management, navigation, hydropower generation, irrigation, fish and wildlife conservation, recreation and municipal and industrial water supply. The Bonneville Power Administration is authorized to market and transmit the power generated by coordinated system operations.

Built and put into service between 1938 and 1976, the Columbia River System provides valuable social and economic benefits to the region.

"This document evaluates the necessary balance between responsible environmental stewardship and the multiple uses of the Columbia River System."