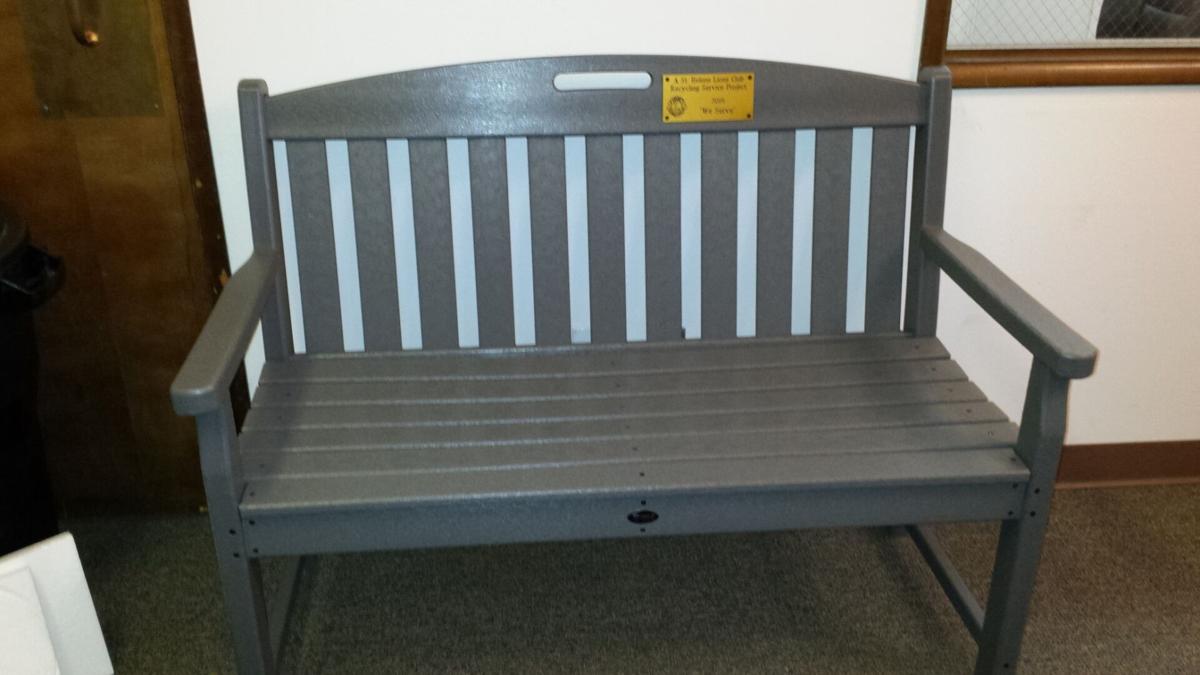 This is one of the two benches that will soon be placed in McCormick Park. The benches are donated by the St. Helens Lions Club, which recycles plastic bags in exchange for the benches. 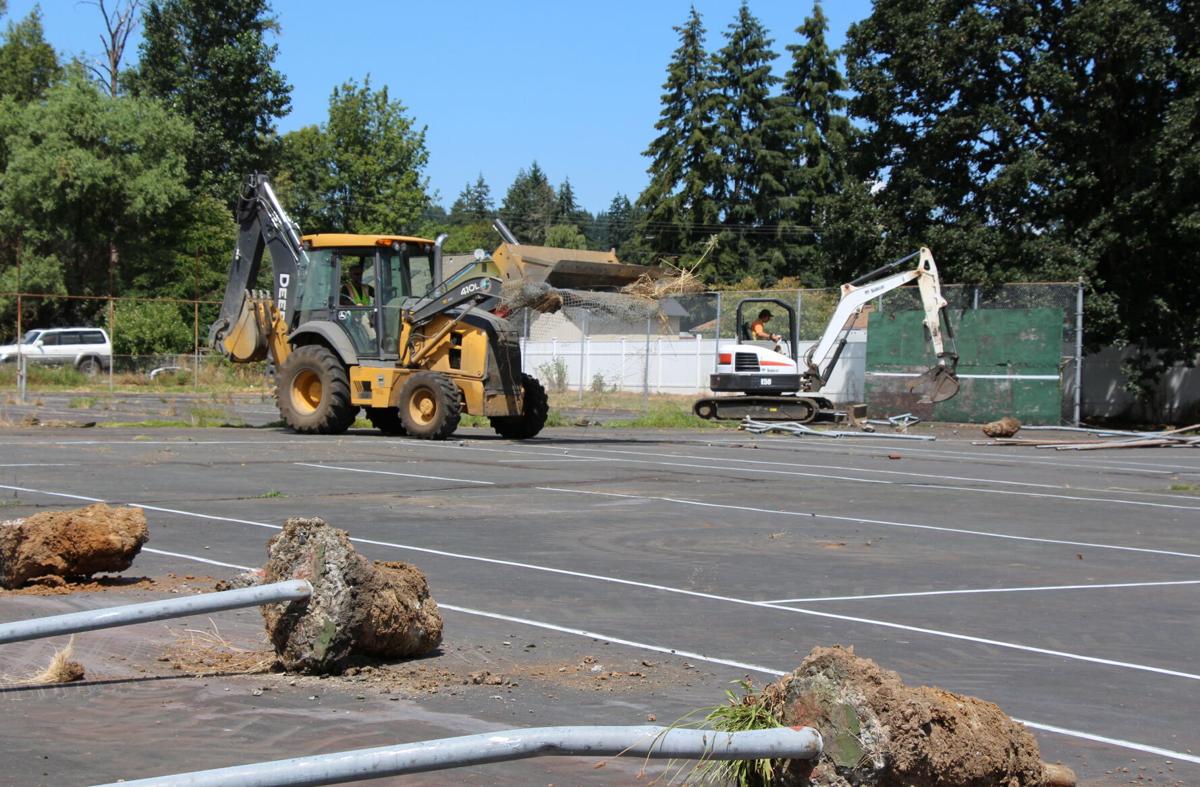 Two new benches will be installed in McCormick Park, thanks to an ongoing effort by the St. Helens Lions Club.

The service organization started a recycling project two years ago through TREX, a company that creates composite decking.

The local group collects, sorts and weighs plastic bags. When they have 500 pounds of plastic bags, they turn the bags into a collection site that turns them in to the company. Then, TREX sends out a a 4-foot bench in return.

The club has donated 27 benches to various spots around St. Helens since starting this project, and intends to keep going. Every school in St. Helens has a bench from the project, and the most recent site in the area to receive a bench donation was Dalton Lake Nature Preserve. Each bench includes a plaque that says the bench is part of a service project of the Lions Club.

The benches will likely be placed near Milton Creek and along the edge of the park near the intersection of Old Portland Road and 18th Street.

The benches are one part of a changing landscape at McCormick Park. The city council approved a design for a new playground at McCormick Park at its Dec. 16 meeting. The new play structure is designed to be accessible to all children and is funded partially through the Moda Assist Program reward money that the city won in April of 2020. Specific installation dates have not yet been selected, but the city has previously said that work is expected to begin in the spring.

Benches are not the only way the St. Helens Lions Club gives back to the community, club member Kathy Syrstad said. The flags that line parts of Highway 30 and certain streets in town on major holidays are put up by the club and members assist with food-security projects for area students.

“We’re not a huge club, but we have a good group of members who are willing to work on projects,” Syrstad said.

The club also collects old eyeglasses and helps recycle them to be reused for people in need. They also maintain the exercise stations and perimeters of McCormick Park and provide two small flags on a wooden base to all first grade students to educate them about flags, Syrstad said. This year, due to the pandemic, a video is being produced for the teachers to show the students, she said.

To learn more about the local Lions Club, visit e-clubhouse.org/sites/sthelens.

In addition to the upcoming improvements at McCormick Park, the council also approved a step forward for the Campbell Park project.

The city plans to replace the four tennis courts and the basketball court at Campbell Park with three new sport courts to accommodate a variety of net sports, and the city council approved an exemption from the competitive bidding process to procure the work due to a lack of bids.

Now, the city will attempt to contact a minimum of three contractors qualified to do the work and get bids directly from them instead of advertising again.

The improvements are to replace the courts, which city Communication Director Crystal King previously told The Chronicle had severely degraded since their original construction. The work is funded partially through an Oregon parks and Recreation Grant from the Local Government Grant Program for $187,024 and total project is estimated to cost $312,099, King said.

In addition to the new sport court installation, the parking lot will be expanded by 15 feet to allow approximately 25 new spaces, including two ADA spaces.