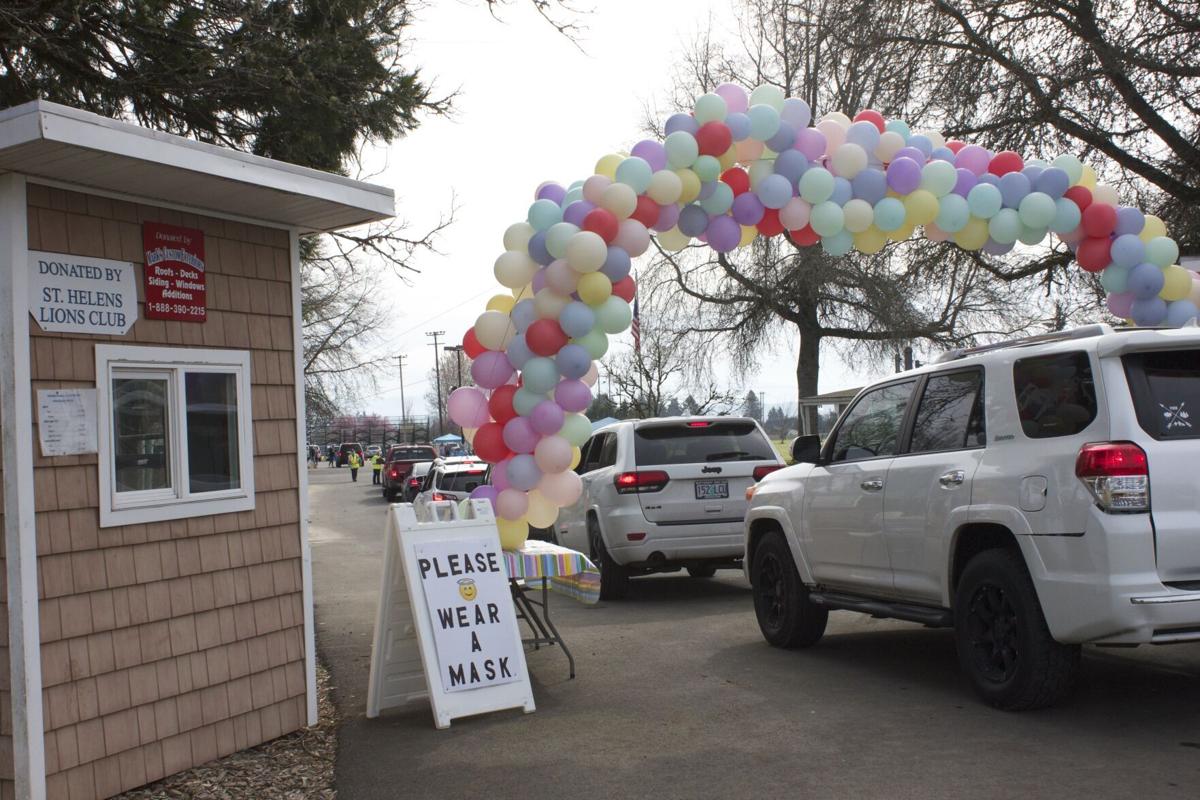 Vehicles line up as the drive-through begins at the fairgrounds. 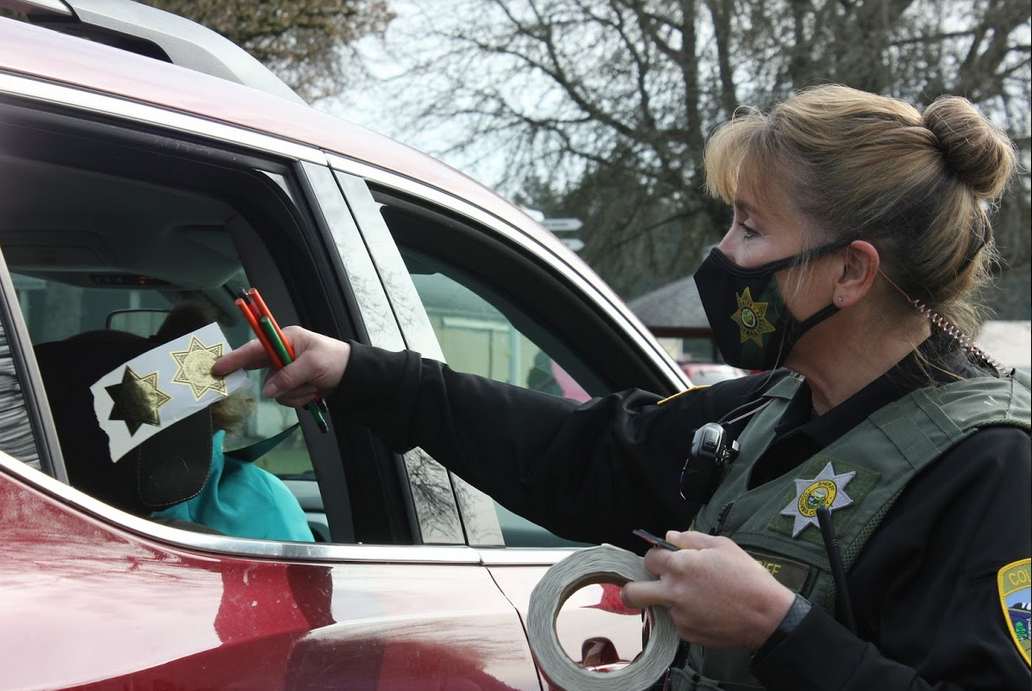 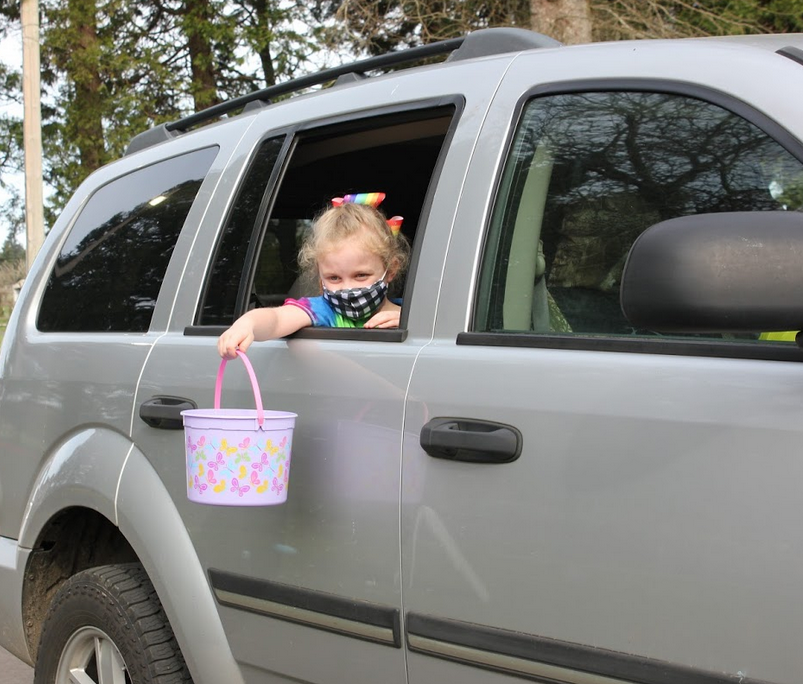 A child holds her Easter basket in hopes of collecting treats during the drive-through.

The annual St. Helens mEGGa Egg Hunt may not have included the normal facets of a traditional egg hunt, due to COVID-19 concerns, but Columbia County families still showed up in almost full force.

This year, the egg hunt took form as a drive-through event at the Columbia County Fairgrounds inn St. Helens on Saturday, April 3.

Volunteers decked-out in bunny ears and matching bunny masks handed out prepackaged goodie bags to children through the car windows, and random cars were selected for larger prizes — plush toys, puzzles, and other sponsor-donated prizes.

After cancelling the hunt in 2020 and pivoting to a mail-in coloring contest for the children, Heather Epperly, a member of the egg hunt’s board and a sponsor through her agency, American Family Insurance, said, “Our sponsors were so wonderful last year; they just said, ‘roll over our sponsor[ship] to next year.’”

The event ran from 10 a.m. to 1 p.m., and by 9 a.m., cars were already lined up outside the fairgrounds. Seeing that families were still eager to participate in the ‘hunt,’ Epperly made a fair prognostication, “I think it’s going to go good!” In prior years, people arrived early to the fairgrounds, in preparation for the frenzied field hunt.

“We still have all of our wonderful sponsors; we’re just not able to give everyone as much as we normally do,” Epperly said.

In place of pony rides and real bunnies that kids could pet, Epperly said they were able to get three new Peter Rabbit bunny costumes for volunteers to wear, and vehicles filled with families were able to drive by the bunnies and stop to wave and take photos from their cars and trucks. Columbia River Fire & Rescue also appeared with a fire truck and three volunteers, who waved at kids as vehicles exited the fairgrounds.

The event was fully run by volunteers, including annual sponsor Sen. Betsy Johnson, who handed out candy bags and directed vehicle throughout the day. Johnson said she’s always eager to attend the egg hunt, and this year was no exception.

“I may have missed a year here or there, but no one would ever say no to this,” Johnson said.

Even without the traditional physical hunt or the usual food vendors, petting zoo, and other attractions, the hunt was still a big draw for families this year. Out of the 2,000 goodie bags prepared, approximately 1,400 were handed out—one bag per child. Epperly explained that in prior years, they saw close to 2,400 children. Volunteers redistributed the remaining bags to other local events, so all the goodies found homes.

After the event, the mEGGa Egg Hunt Facebook page posted thanking families and volunteers for showing up - “Thank you for a hugely successful mEGGa egg hunt drive thru!” Epperly said there are already plans in place for a return to the in-person hunt for 2022.