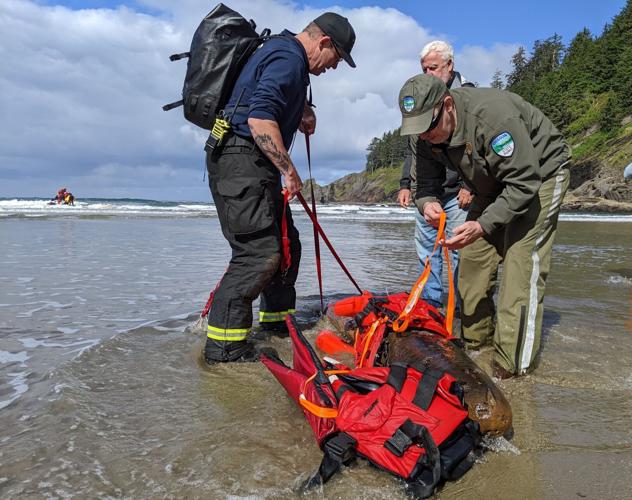 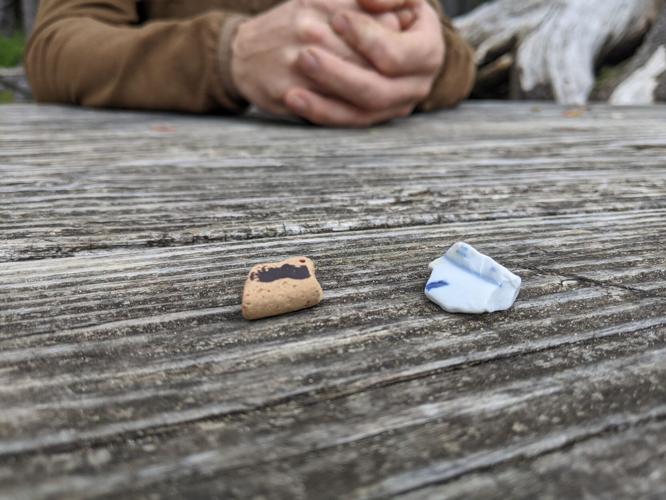 Artifacts from the ship wreck that have washed up on the beach include fragments from terra cotta pots and bits of porcelain.

Researchers believe they have found timbers from a 300-year old Spanish galleon along Oregon's north coast, according to the National Geographic.

The discovery was first made in 2019 after a beachgoer spotted the remains, but the pandemic and permitting requirements slowed retrieval of the timbers.

"The dozen timbers are believed to be pieces of the Santo Cristo de Burgos, a Spanish galleon that was sailing from the Philippines to Mexico in 1693 when it veered off course and vanished, most likely wrecking on what’s now Oregon’s coast. Its cargo included costly Chinese silk, porcelain, and blocks of beeswax for making candles," the National Geographic online report states.

On June 14, state geologists traveled to the site to begin the recovery.

"There are a couple of caves where some artifacts had been washed up, primary the wood pieces," he said. "The main piece that we brought in looks like a main timber from the ship. It is about 6-feet long. It was very heavy."

Beswick said his crew navigated the large timber from the cave through the water to the beach, about 200-feet, than carried it to a waiting trailer on shore.

"We also helped bring in several other smaller pieces of wood," he said. "The state geologist were very excited about them."

Beswick said the timber recovery was a unique experience and a first-time event for him and the fire crew.

"I never expected in my career as a firefighter that I would be recovering artifacts from a ship wreck," he said.

National Geographic reports that the timbers are now at the Columbia Maritime Museum to be documented and conserved.

Oregon State Parks spokesman Chris Havel said this can be a significant discovery that underscores the importance of Oregon's history.

"Hands down, this is an exciting development," Havel said. "It may well be true that it wouldn’t have been possible if the ocean shore wasn’t protected by the 1967 Beach Bill, so thank Os West and Tom McCall and all the people who worked in the past to make the ocean shore a public place, and who work day-in and day-out right now to keep protecting it. We look forward to learning what researchers can tell us about the recovered timbers so we can share that news with the people who visit."

According to Havel, state parks protect lands that tell many human stories, starting with the tribes that have lived here for thousands of years, right up to today.

"It’s important to recognize the full breadth and depth of that experience and implore everyone to do their part to protect these places," he said. "As a visitor, that means respecting each other and any signs or warnings you may see, and refraining from searching for artifacts or taking anything from the park other than the memories of a fun, safe visit. It’s not just the law, it’s the right thing to do."

Havel urges anyone visiting the state parks who may find a suspected cultural resource, either on the beach or the surrounding area, to leave the suspected resource in place, do not disturb them, and contact the park office.

"Cultural resources are protected under state law, both on public and private lands," Havel said.