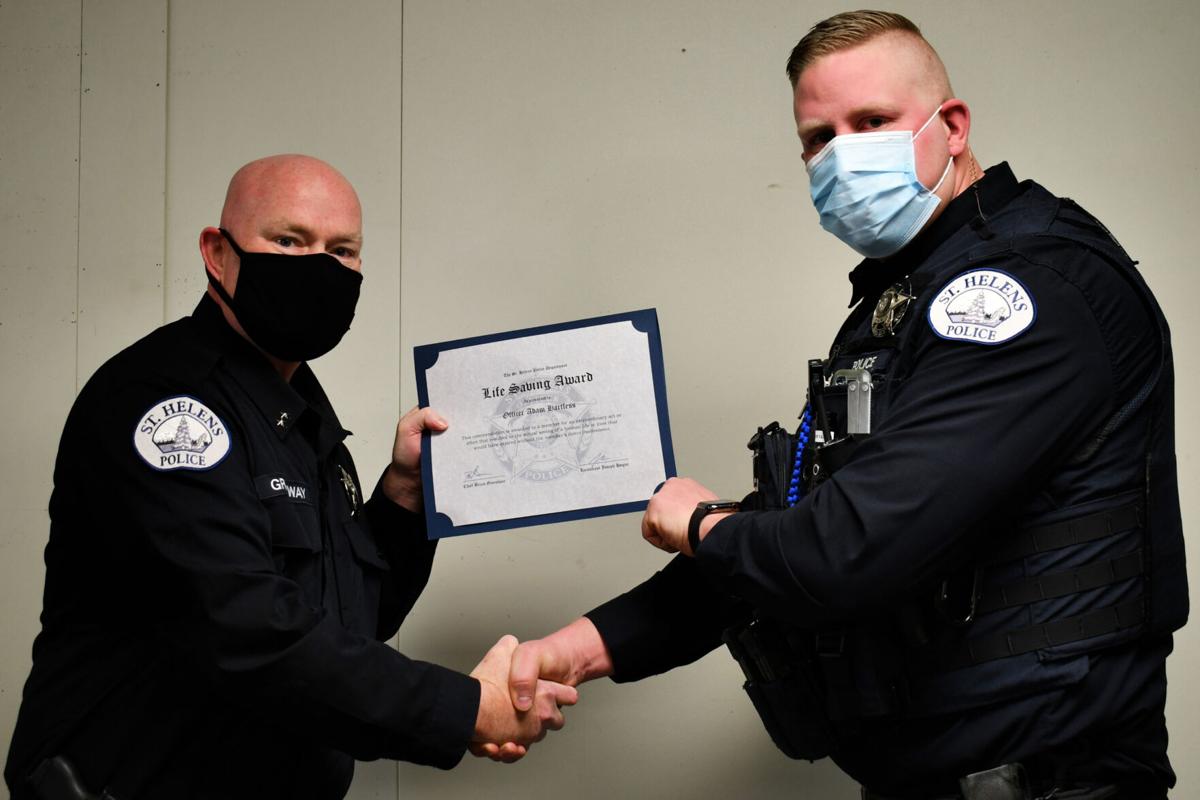 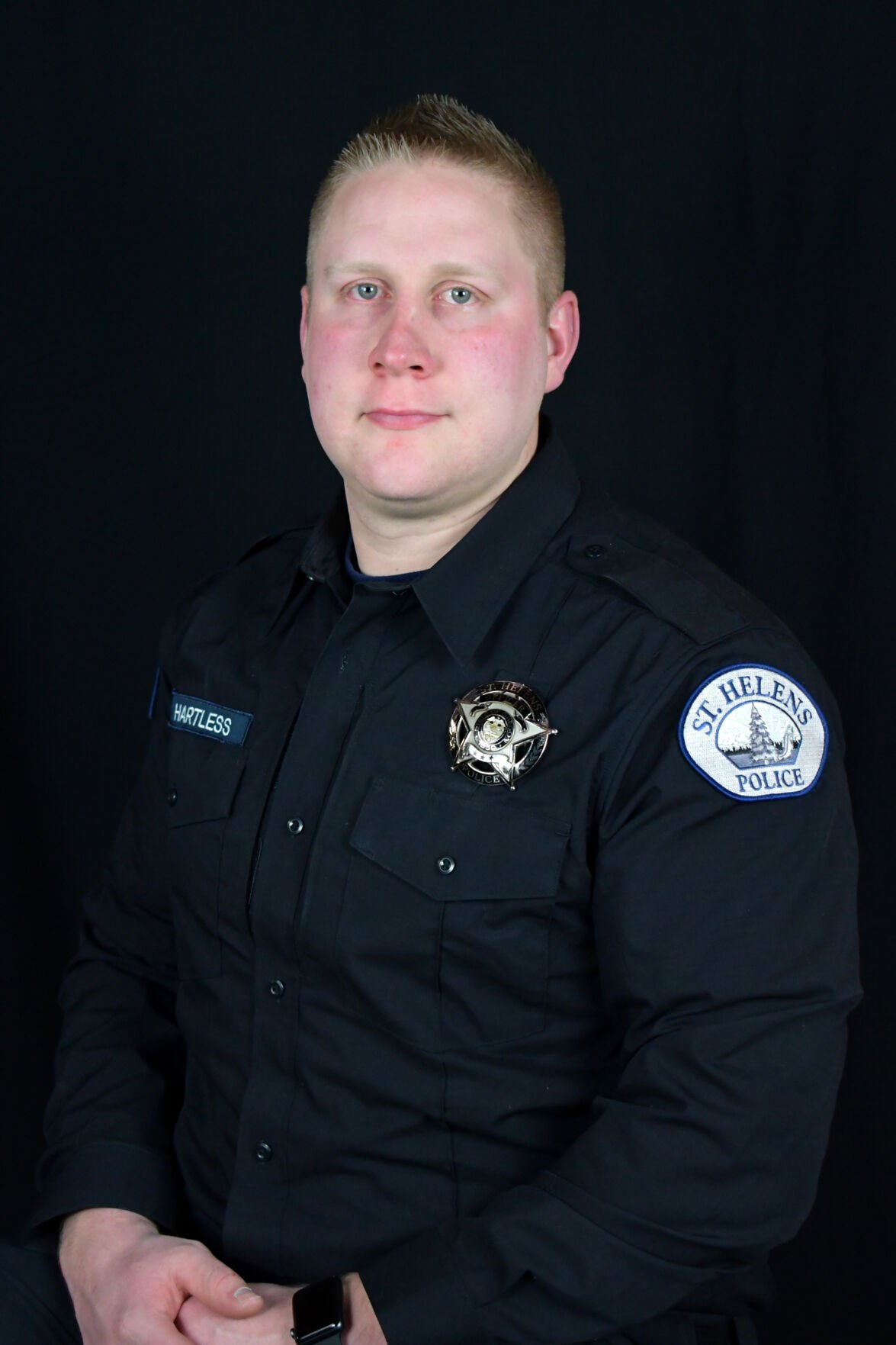 The St. Helens Police Department has presented Officer Adam Hartless its Life Saving Award for his successful efforts in saving an individual’s life while on duty.

The award is one of the highest honors that a St. Helens officer can earn.

The incident unfolded at approximately 5 a.m. Monday, February 8, 2021, as St. Helens officers responded to a call for medical assistance. Hartless was first to arrive on scene prior to emergency medical personnel. He found a 46-year-old male at the residence who was not breathing and had no detectable pulse.

The male became conscious shortly after and was transported to a Portland-area hospital where he survived. CRFR credited Hartless with directly saving the individual’s life.

"Had it not been for Hartless’ quick response and immediate performance of CPR, the individual would likely not have survived," according to a release from the St. Helens Police Department.

Hartless was hired by the St. Helens Police Department in April 2017 as a code enforcement officer. He was promoted to patrol officer in September 2018. Prior to working at St. Helens, Hartless served as a cadet with the Portland Police Bureau and was a bicycle officer with Portland Patrol, Inc.

Hartless received the award during a presentation April 2.

There are new details to The Chronicle's original story concerning quick action by law enforcement officials being credited for saving a man's life.