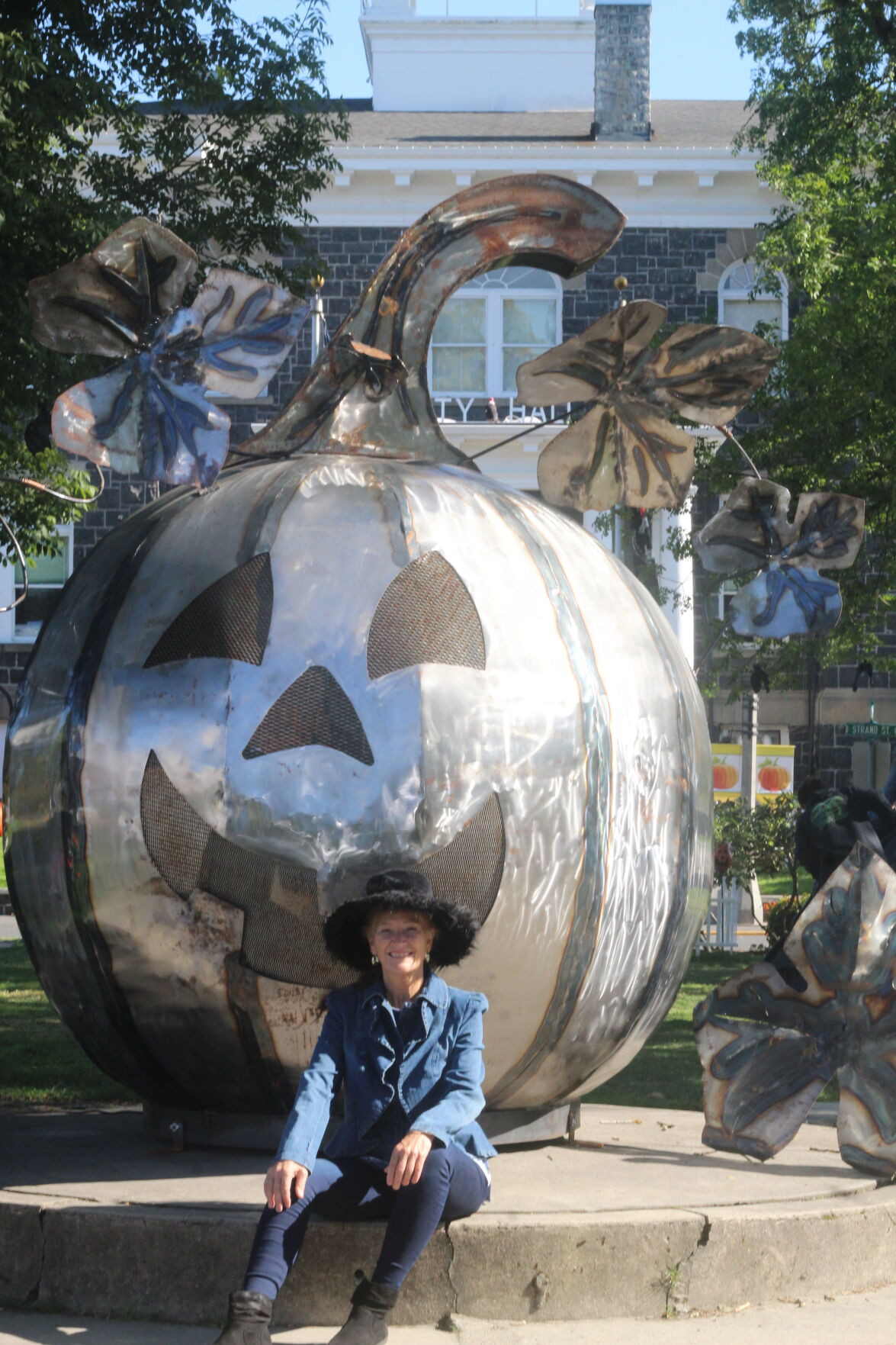 Teresa Fox played two extra roles in the film “Halloweentown,” and recently moved to St. Helens. In this photo Fox sits in front of a large pumpkin at the Plaza Square in St. Helens. 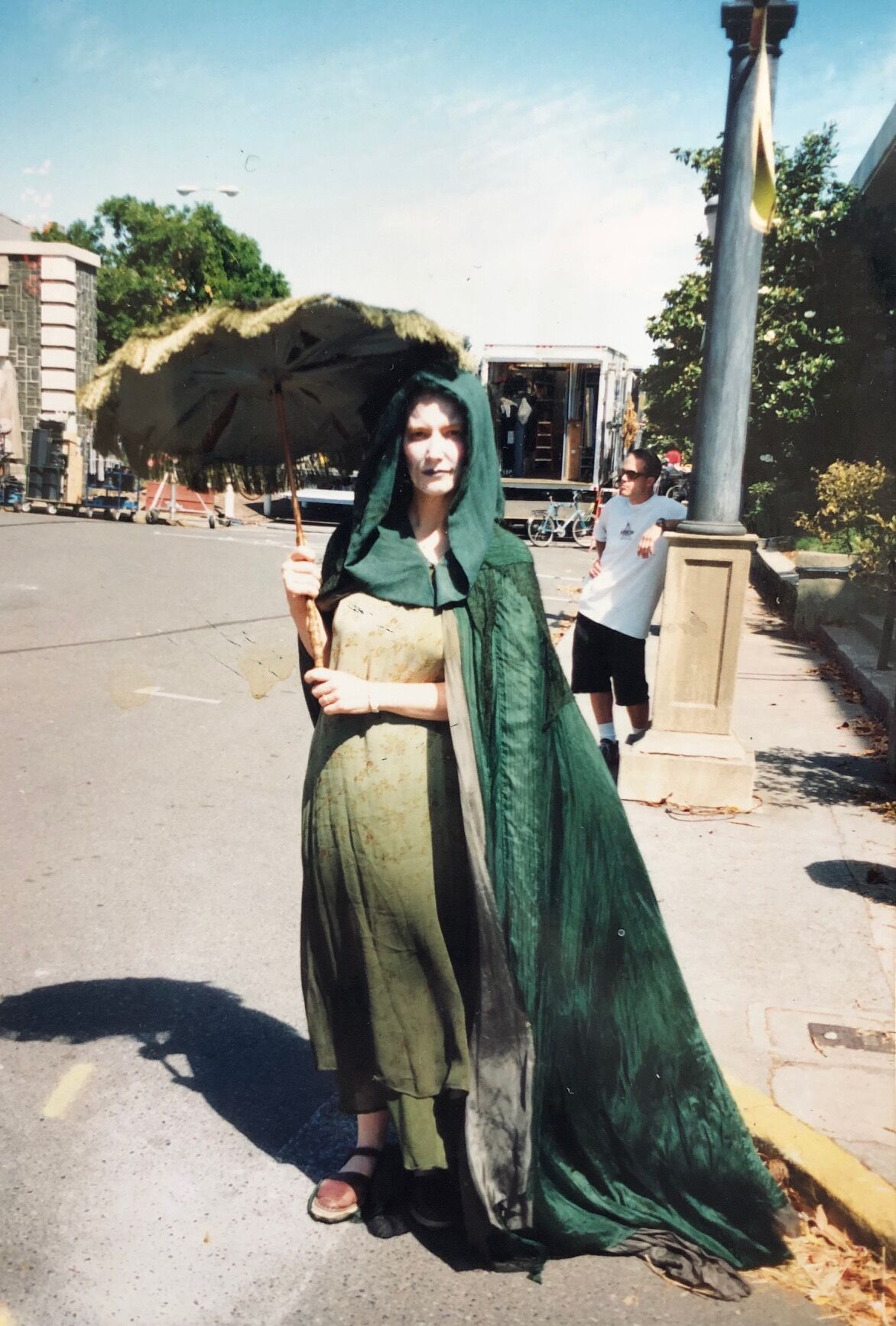 Teresa Fox was outfitted in a long green witch’s dress with a parasol for one of her costumes when she was an extra in “Halloweentown.” 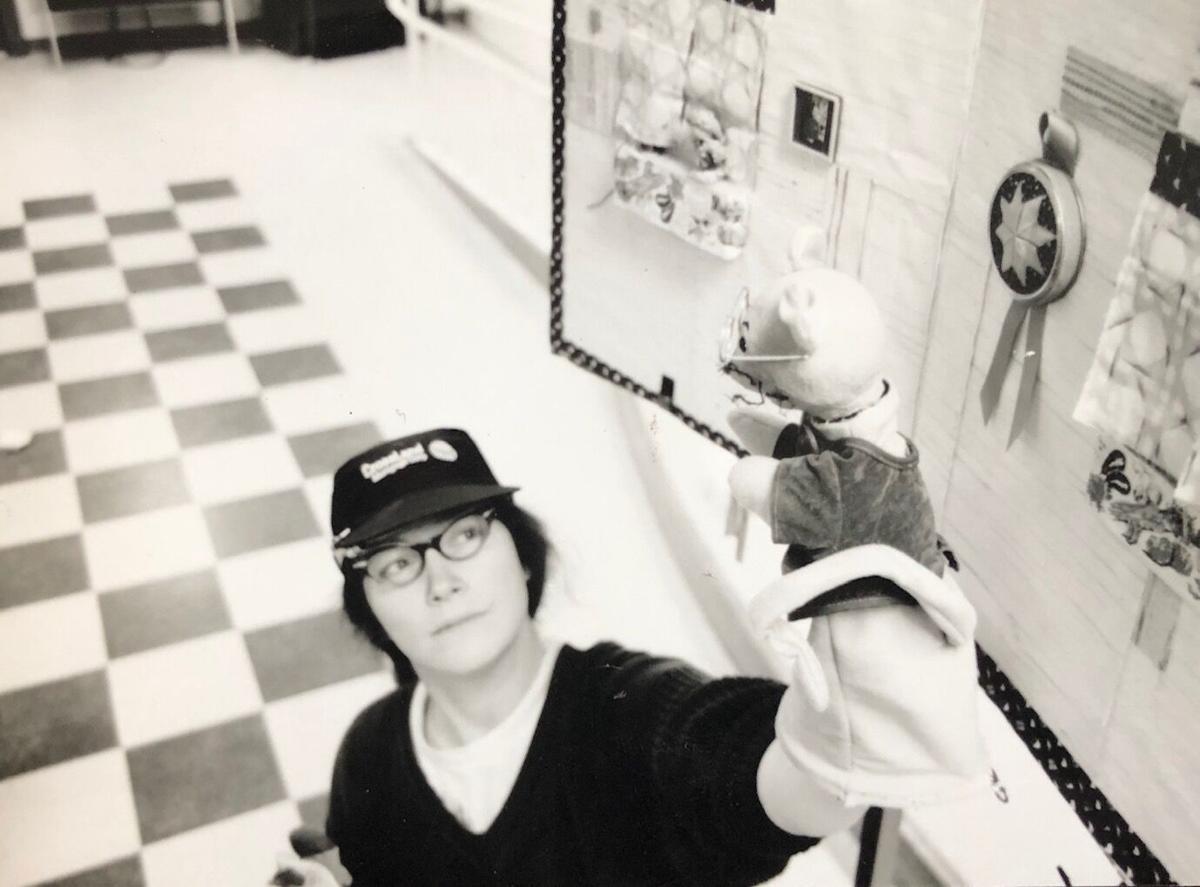 It took over 20 years, but a witch and cyclops have returned to Halloweentown.

Their name is Teresa Fox, an actress, puppeteer and artist who played two extra roles in the 1998 made-for-TV movie filmed in St. Helens.

Fox appeared in a long, green witch dress and in a rubber, prosthetic cyclops mask at the very end of the film.

“When you’re making a movie like that there’s part of it where you feel like ‘I’m an extra in a movie’ and you’re seeing it happen, but the moment they say ‘Rolling, action,’ for that moment you’re transported,” she said. “You are in Halloweentown. It’s so real.”

When Fox was on the set the plaza was filled with goblins, ghouls, witches and Halloween creatures of all sorts milling around with each other.

“That’s the magic of making movies, or being an actress, that you get to transport yourself into that character just for a moment. Very magical,” Fox said.

Fox had been auditioning for lead parts, and had a small role in the 1993 sci-fi movie “Fire in the Sky” but with a small child at home it was easier to change focus.

“It’s kind of tiring to keep pursuing it, so I switched over to doing extra roles with my son,” she said.

Fox signed up with a Oregon-based extra casting company and signed herself and her son up to be in “Halloweentown.” Her 9-year-old son appeared as a dog, Fox said, though she’s had trouble spotting him in the film.

After some time appearing in films, as extras or small roles, it was a classified ad that led Fox to her next chapter: a touring puppeteer.

Fox worked with the Oregon Puppet Company where she created puppets and staged shows for schools and community centers. One tour took her through rural Alaska, where she remembers traveling over a frozen lake on a snowmobile as the ice crumbled around her.

She spent about six years working with puppets, and did some clowning as well.

“You never forget puppeteering,” Fox said. To this day, her trunk has puppets in it, she said. Lately she’s been working on her abstract art projects and practicing Reiki and meditation.

According to the Spirit of Halloweentown ticketing website, three Saturdays, Oct. 10, 17 and 24, have sold out.

Photos / Preparing for the Spirit of Halloweentown

You may have noticed the changes taking place in the Old Town District of St. Helens on Mond…