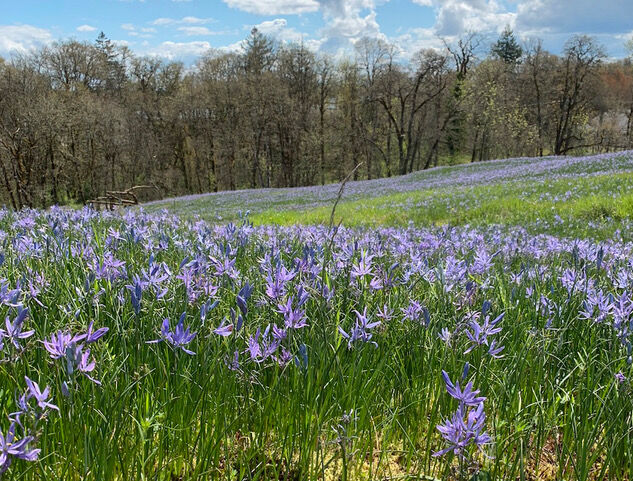 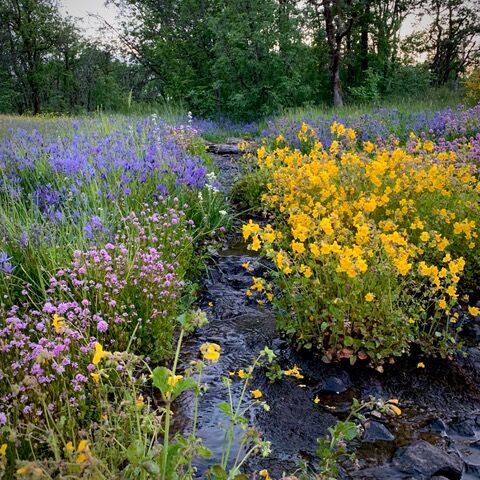 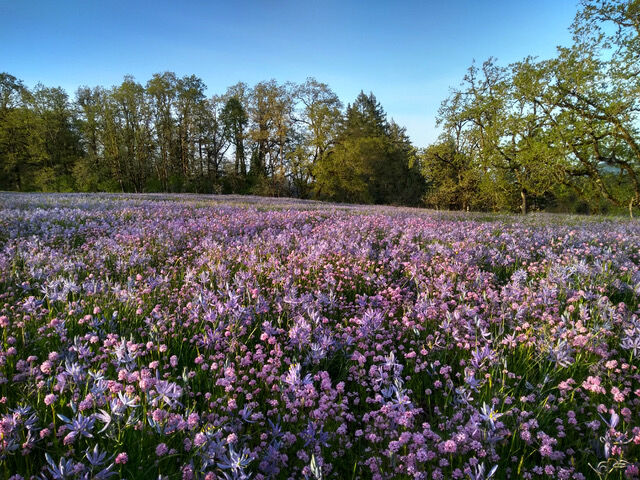 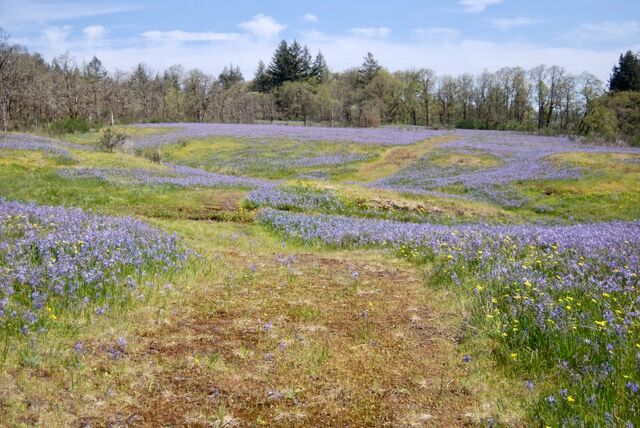 A local group is voicing opposition to expand a mining operation that the group claims will erode the livability of the area and threatened a preserved natural area.

The Friends of Liberty Hill (FOLH) describes itself as a conservation group advocating for a threatened Camas and Oregon White Oak habitat on Liberty Hill, which lies in the foothills west of the Columbia River and north of the city of St. Helens.

Currently the land is owned by Weyerhaeuser and has been leased to Knife River for purposes of quarry expansion for basalt aggregate.

Specifically, the group said it wants to preserve the area due its ecological significance. FOLH members said the area has a unique and rare camas field that is not often seen in the Pacific Northwest these days. The camas that grow in the area also have historical significance dating back to the people who used the plant in a myriad of ways - the field in question may have also been used as a trading ground and place to forage for foods by the Native Americans in the area. Mining for basalt, a commonly found rock, would damage the area without hope of remediation, FOLH claims.

Throughout the years, there have been numerous of attempts to save the field, which is owned by the timber and land company Weyerhaeuser. Land conservation groups and tribes have attempted to buy the property from Weyerhaeuser unsuccessfully. The proposal from Knife River would be an expansion of a current mining area.

Part of the FOLH group's concerns are about Knife River's actions. The groups claims that there have been instances when the company has not followed the necessary rules when mining (like not leaving 50-feet of space between the mine edge and roadway, or adding a fence around the mine edge and its 50-foot drop). Previous plans for expanding the mine intended to expand directly through a gravel roadway which leads to a few residential homes further up. Oversights like this, FOLH members said, have worried the group about what else the company may err on.

“Of that, 44-acres would remained unmined so we can mitigate, expand and improve existing wetlands,” he said.

According to Spilde, the land is adjacent to Knife River’s current operations and has been permitted for mining since 1992.

“In 2017, realizing we would need to access the aggregates on that portion of the property to keep up with market demand, we hired a third-party consultant to delineate previously unmapped wetlands,” he said. “The consultant identified approximately 12.5 acres of wetlands at the location that were not previously listed on any federal, state or local wetland inventory.”

Spilde said the 44-acre block that would be used for wetland mitigatation runs along the entire northwestern edge of the property.

“Within that area, we would create and enhance 15.7 acres of wetland features, ensuring water continues to flow at current rates into Milton Creek,” he said. “We will be posting a bond to back up our assurance that the wetlands will be properly mitigated. Development of this site is going to be methodical. It is a 50-year resource, so we will be mitigating wetlands well in advance of much of the proposed mining activity.”

Spilde said Knife River has a long history of mining in the location.

The Chronicle has reached out to Weyerhaeuser Company representatives for comments about the mining proposal. We had not received responses from the company as of this posting.

Read the Knife River application to the U.S. Corp of Army Engineers at:

Reporter Monique Merrill contributed to this report. Follow developments here online and in the Wednesday print editions of The Chronicle.