The St. Helens City Council is moving forward with plans to build a public safety facility to replace the city's aging police station.

The necessity was further underscored by the Public Safety Facility Ad Hoc Committee’s recommendation to the council and testimony from the community regarding this project, according to the statement.

"The current police station is grossly inadequate in many ways," King said "The city council recognizes the need for a new facility that will improve the safety of our community and of our officers and meet the needs of our growing community."

During the Wednesday public meeting, the St. Helens City Council voted to move forward with enacting a public safety fund. King said an ordinance will need to be drafted in order to establish the fund, which will have a first and second reading before the council votes to adopt it.

King said the council instructed staff to come back at a future meeting with numerous funding options for their consideration.

The city hasn’t put an official price tag on the building, but the architecture firm working on estimates expects it to be between $15 and $19 million, according the project website. In earlier conversations, city officials had said one funding option for the facility may come from the public safety fund which could tack on a monthly fee to utility bills ranging between $6-$11.

A public safety fund was recommended as a more equitable option of spreading the cost of the facility, according to the ad hoc committee.

The city staff will now work with architects to determine a final engineering estimate for the project, according to King, who added that the staff will also work with financial advisors to calculate the most up-to-date funding numbers.

"Council will be considering multiple options, including the type of debt service payments, the length of the loan repayment, and if they would like to use dedicated revenue sources to help reduce the fee amount," King said." These decisions will all play a role in determining what the monthly fee amount will be." 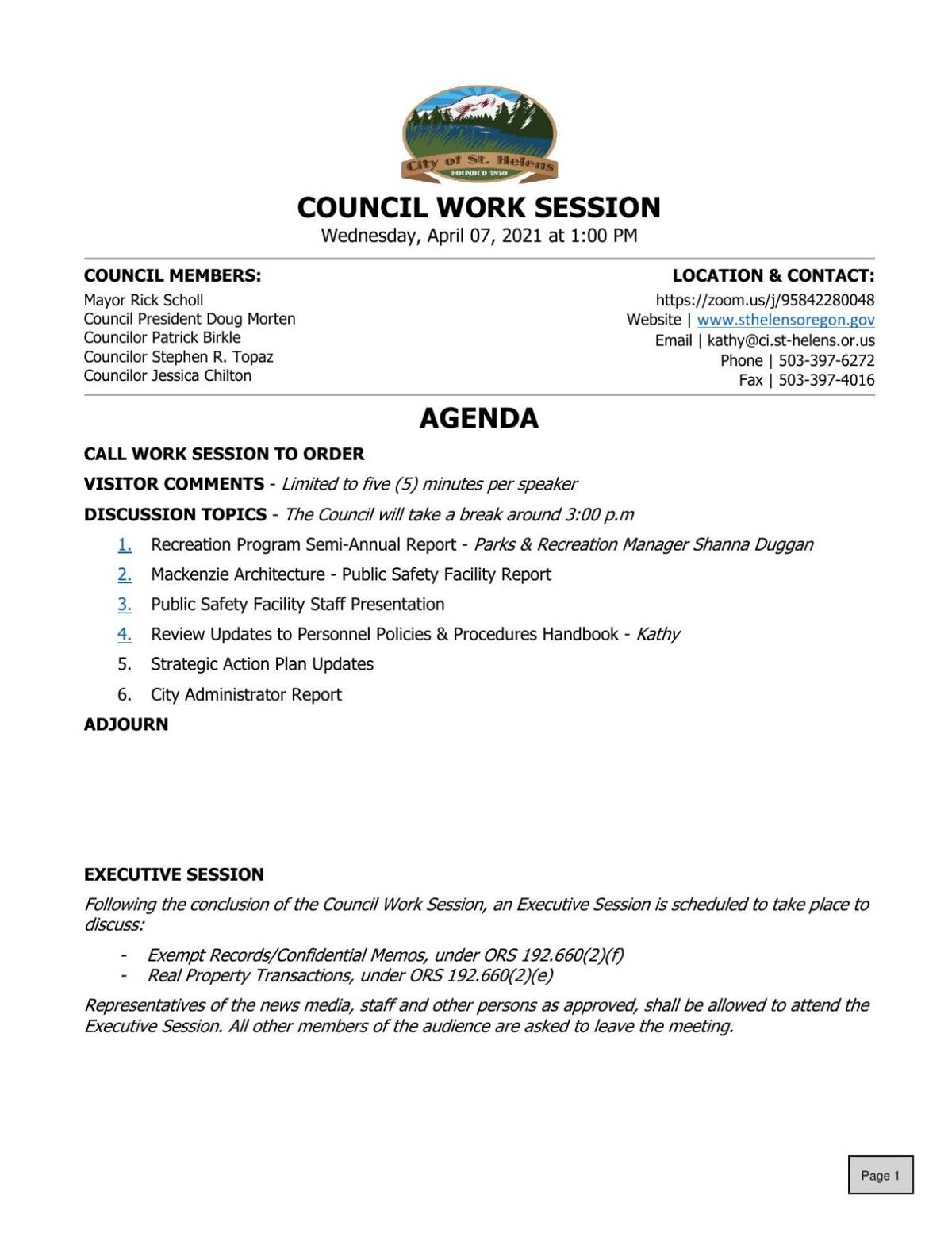 King said the city staff hopes to review funding options with the city council at an upcoming meeting and have an ordinance prepared for a first reading soon.

All the discussions will take place during city council work session and regular session meetings, according to King and the meetings are open to the community and anyone can provide feedback during public comment time or by submitting testimony in writing to St. Helens City Hall or by emailing kathy@ci.st-helens.or.us.

The department employs 23 staff members in the 2,200 square foot building constructed in 1971. The proposed public safety facility would expand to 22,000 square feet and include space for the municipal court, city council chamber and a community room.

The St. Helens City Council is scheduled today to receive a presentation during its work ses…

The City of St. Helens will host an in-person community meeting Tuesday, April 6, to review …

The St. Helens City Council has not yet formally voted for a funding source for the new public safety facility.