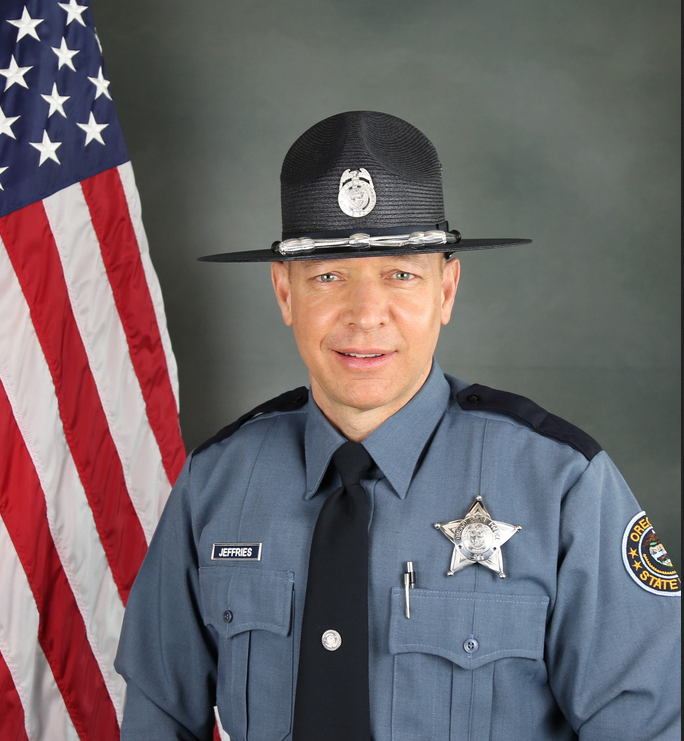 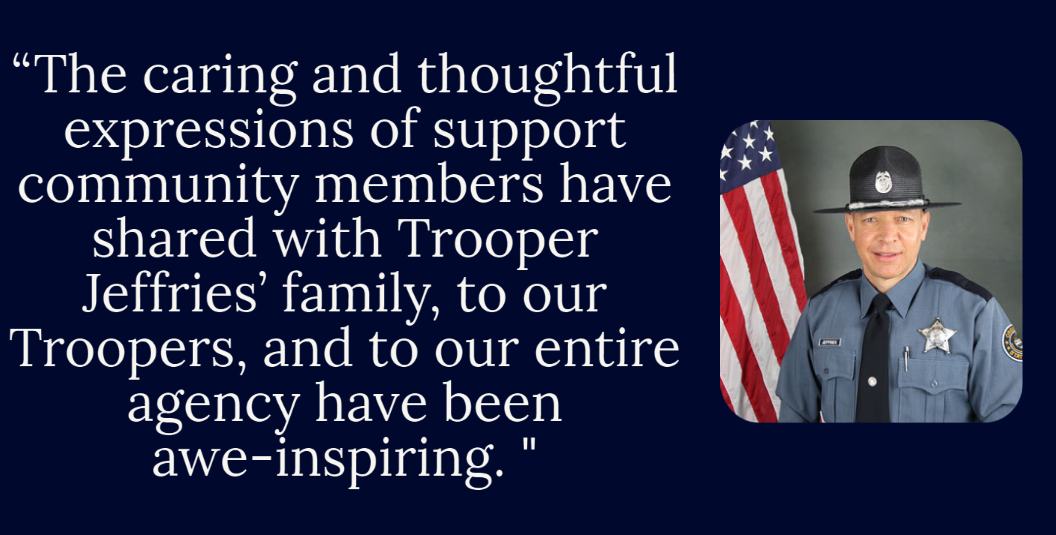 The following new details have been released by law enforcement officials.

Washington Law enforcement officers responded to a reported domestic assault and robbery in Cowlitz County, Washington, on November 11, 2021. The suspect, who was later identified as 53-year-old John Sanford Thralls of Longview, had fled the scene of the incident prior to the arrival of the officers.

Mr. Thralls' vehicle was later spotted in the city of Rainier by Rainier Police Department (RPD) Officers. RPD followed the southbound vehicle on Highway 30 for a short time before being joined by an Oregon State Police (OSP) vehicle. While following the suspect vehicle, the officers witnessed it illegally pass another vehicle, prompting OSP Troopers to activate their lights in an attempt to stop Mr. Thralls. The suspect failed to yield to law enforcement officers and began driving recklessly. The pursuit was terminated a short time later due to public safety concerns.

Law enforcement vehicles followed Mr. Thralls' vehicle from a safe distance and OSP Troopers successfully “spiked” the vehicle, causing at least one tire to deflate. Deputies from the Columbia County Sheriff’s Office (CCSO) and Officers from the St. Helens Police Department set up additional spike strips ahead of the suspect vehicle in an attempt to safely stop Mr. Thralls. Mr. Thralls resumed driving recklessly, nearly colliding with other vehicles, before conducting a U-turn and driving northbound on Highway 30. Shortly thereafter, Thralls drove towards an OSP patrol vehicle, which was forced to leave the roadway to avoid colliding with Mr. Thralls.

Two Troopers in a single OSP vehicle were parked across from Dyno Nobel, preparing to deploy additional spike strips to stop Mr. Thralls' vehicle. The suspect then drove towards the parked patrol vehicle at a high rate of speed. One Trooper was able to safely move away from the OSP vehicle just before Mr. Thralls' vehicle collided with it. The second Trooper, Trooper Jeffries, was unable to sufficiently distance himself from the patrol vehicle and was critically injured during the collision.

After initially refusing to comply with commands from law enforcement officers to exit the vehicle, Mr. Thralls was promptly taken into custody without further incident. He was transported to Emanuel Hospital to be treated for injuries he sustained during the crash.

John Thralls was transported to the Columbia County Jail on November 17, and booked on three charges of Attempted Murder, one charge of Assault I, and one charge of Fleeing or Attempting to Elude Police Officer(s) in a vehicle.

CCSO joins the FBI and the Oregon State Police in asking that you continue to keep Trooper Jeffries, his family, friends, and agency in your prayers as he continues to recover from these serious injuries.

Authorities in Longview have released new details about what led to the crash that critically injured an Oregon State Police trooper.

The incident began Nov. 11 when Longview Police were dispatched to a domestic dispute between two men. According to Portland media reports, one of the two men, identified as John Thralls, allegedly robbed the other man and fled. As police attempted to pull over Thralls' vehicle, he sped off, reportedly driving so recklessly that the officers discontinued their pursuit.

Thralls' vehicle was spotted heading over the bridge from Longview into Rainier and dispatch radio Columbia County Sheriff's deputies and other law enforcement of the vehicle's direction.

A short time later OSP Trooper John Jeffries' vehicle was struck and he was critically injured on Highway 30 near St. Helens. Both Jeffries and Thralls were hospitalized.

Oregon State Police (OSP) have released the following update and new details concerning Trooper John Jeffries, who had been critically injured following a pursuit and crash near St. Helens.

It has been almost a week since Veterans Day, the day Oregon State Police Trooper John Jeffries was critically injured after being struck by a vehicle while protecting his community.

During the past six days, Trooper Jeffries has been receiving excellent care from his medical team at Legacy Emmanuel Medical Center in Portland. As a result of the severity of John’s injuries, it will take additional time for his medical team to determine the extent of those injuries and his prognosis for recovery.

“The caring and thoughtful expressions of support community members have shared with Trooper Jeffries’ family, to our Troopers, and our entire agency has been awe-inspiring. To receive such a large volume of positive words of encouragement and appreciation means so much to our Troopers and all law enforcement members.

"It takes integrity, courage, and resiliency to be a Trooper and John possesses all three of those traits and so many more. During times of strife and conflict, knowing those we serve to appreciate, respect, and acknowledge our mission and our sacrifices are what provides each of us with the motivation to keep serving during times of anguish and pain.” shared Oregon State Police Superintendent Terri Davie.

The Jeffries family has expressed their gratefulness to all that have assisted and supported them and John. They have appreciated the outpouring of support but continue to request privacy, including privacy for their friends and neighbors. If you wish to send your good wishes to John, please do so via email at ospsocial@osp.oregon.gov or via mail to Oregon State Police, Attention Trooper John Jeffries, 3565 Trelstad Ave SE, Salem, Or. 97317.

The Jeffries family asks for supporters to continue keeping John, the involved officers, John’s medical team, and John’s law enforcement peers in their thoughts and prayers.