State Rep.Brad Witt of Clatskanie is being stripped of his role as chair of the Oregon House Committee on Agriculture and Natural Resources following a legislative investigation of allegations of harassment against Witt.

I am writing to inform you of the steps I am taking following last week’s meetings of the House Committee on Conduct regarding the Rule 27 complaint against Representative Brad Witt.

"The committee found that Representative Witt, by the content of texts he sent to a fellow member, violated workplace harassment policy under Rule 27. The committee voted unanimously on Friday to recommend that Representative Witt receive coaching and training appropriate for his conduct violation. They also agreed that further action was warranted but were unable to agree on what that action should be. The committee co-chairs both acknowledged that my office has the authority to take further action and requested that I use my discretion to apply additional measures.

"As your Speaker, I take Representative Witt’s actions and the work of the House Committee on Conduct very seriously. Our goal is to work together to improve our workplace culture and to ensure that the Capitol is a safe and respectful place for everyone."

The Chronicle has reached out to Witt for a statement. As of this posting, we had not received a reply.

A state legislative commissioned investigation into a harassment complaint against Clatskanie Democrat State Rep. Brad Witt by Prineville Republican State Rep. Vikki Breese-Iverson concludes that perception of harassment against her "was not unreasonable."

The investigator also states in the report that a text message from Witt "was not invited, or welcome" and that Breese-Iverson "was offended, uncomfortable, shaken and anxious as a result."

"I also find that the respondent (Witt) did not intend to offer his vote on Breese-Iverson's bill, in exchange for a date or sexual favors, or to comment on sexual matters," investigator Sarah Ryan writes in the report, outlined in an online Oregonian article.

Breese-Iverson filed an official complaint after she had requested Witt's support of legislation she was sponsoring concerning an issue in her district. See The Chronicle's story concerning her allegations attached.

The investigative report, obtained by The Chronicle, shows screen shots of the email exchange in which Witt declined his support. Breese-Iverson continued seeking Witt's backing of the bill and he responded in the email conversation, "we probably need to go for a beer sometime." 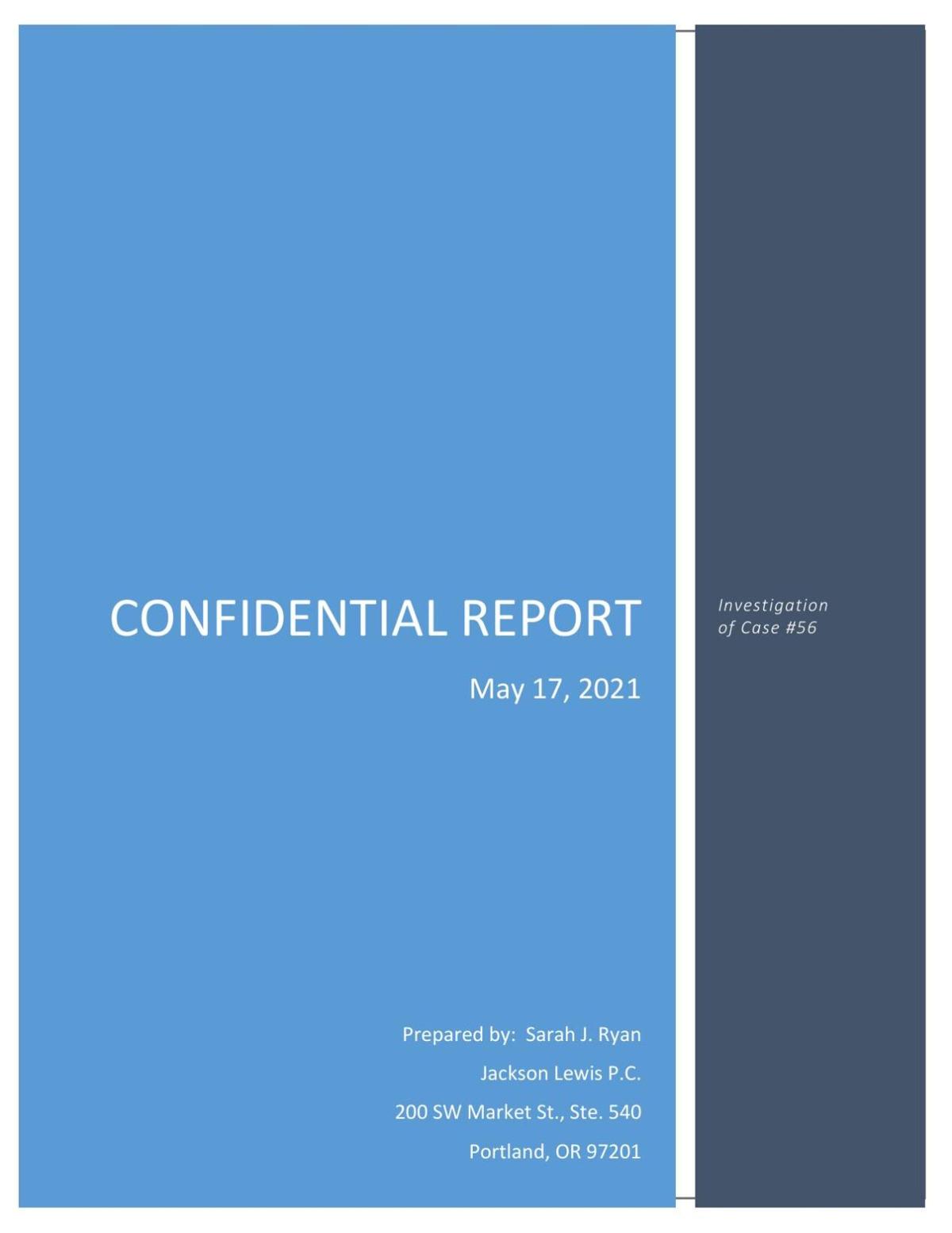 As the conversation continued, Witt responded, "I'm not wedded to beer by any means, Could be dinner... or? A comment to which Breese-Inveson did not reply, and soon after filed her complaint of harassment with the Oregon Legislature.

The Legislative Equity Office commissioned Parker, a Portland investigator, to conduct the investigation.

The Chronicle reached Witt Wednesday afternoon for a statement about the report.

"I’m gratified that the investigation dealt with the facts at hand and came to a conclusion on that basis," Witt told The Chronicle. "I am looking forward to the final resolution to this matter in the near term and completing the work that lies ahead in this legislative session including the public’s health, the economic rebuild of our state, wildfire prevention and the reopening of Oregon."

The Chronicle also reached out to Rep. Breese-Iverson for a statement. We had not received her comment when this story was posted Wednesday afternoon.

Parker's report is expected to be reviewed by the Legislature's Joint Committee on Conduct.

Do you believe it is time to build a hospital in Columbia County?