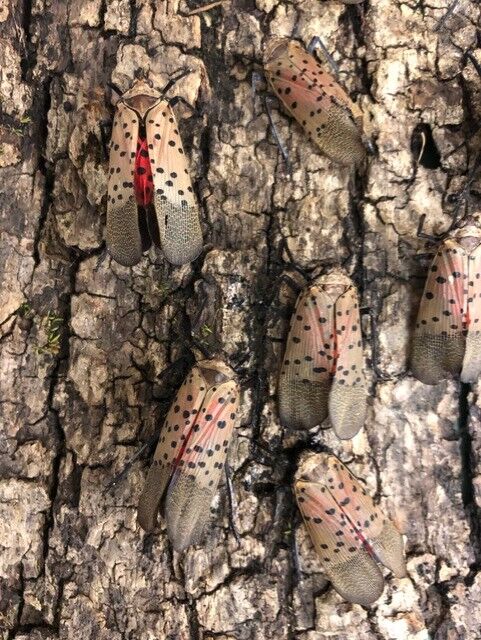 "The best thing to do is to be aware of what the pest looks like, be aware of shipments arriving from infested areas, and make sure they are checked for egg masses or other life stages of spotted lanternfly." 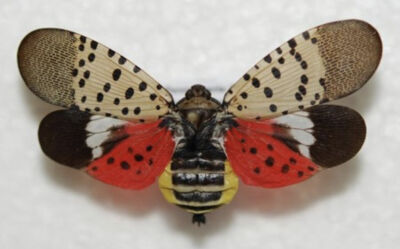 The SLF poses a threat to tree fruit and grape production, according to the Oregon Department of Agriculture.

There are new details about the threat in Oregon of the spotted lanternfly (SLF), Lycorma delicatula.

The Oregon Department of Agriculture (ODA) said the invasive pest could be a threat to Oregon's grape industry, valued last year at $238 million, and that the fly prefers a broad range of more than 70 plant species including apples, cherry, chestnut, hops, maple, peaches, pear, pine, plum, poplar, oak, rose and walnut.

"We’ve been attempting to raise awareness of this pest for several years now, in our presentations to the public and at professional meetings," ODA's Director of Communications Andrea Cantu-Schomus said. "ODA nursery inspectors are aware of them and checking incoming plant shipments. We’ve now added the pest alert as an educational tool."

Cantu-Schomus said for at least a couple years, ODA has been searching for this pest while conducting other surveys at sites where there was risk of introduction.

On Oct. 8, the ODA announced that a nursery in the Corvallis area had discovered a dead spotted SLF in a shipment of planters and ceramic pots sent to Oregon from Pennsylvania.

"This detection of one dead specimen will help push the regulatory authorities in Pennsylvania to check that their quarantine procedures are adequate and being applied properly," Cantu-Schomus said.

SLF was first found in North America in 2014, in Pennsylvania. It is believed to have arrived on shipments of stone from China. Since then, SLF has been detected in 11 eastern states, including Connecticut, Delaware, Massachusetts, Maryland, North Carolina, New Jersey, New York, Pennsylvania, Virginia and West Virginia. California has also found dead specimens in shipments to date.

"ODA is working on developing an exterior quarantine for this pest to have additional measures taken in infested states to prevent movement of this pest to Oregon," Cantu-Schomus said.

The ODA is also advising property owners, gardeners, farmers and others to carefully look for the SLF.

"The best thing to do is to be aware of what the pest looks like, and be aware of shipments arriving from infested areas, and make sure they are checked for egg masses or other life stages of spotted lanternfly," Cantu-Schomus said.

Cantu-Schomus said if someone suspects they have found the pest in Oregon, they should immediately contact Oregon Department of Agriculture at 1-800-525-0137 or email plant-entomologist@oda.state.or.us.