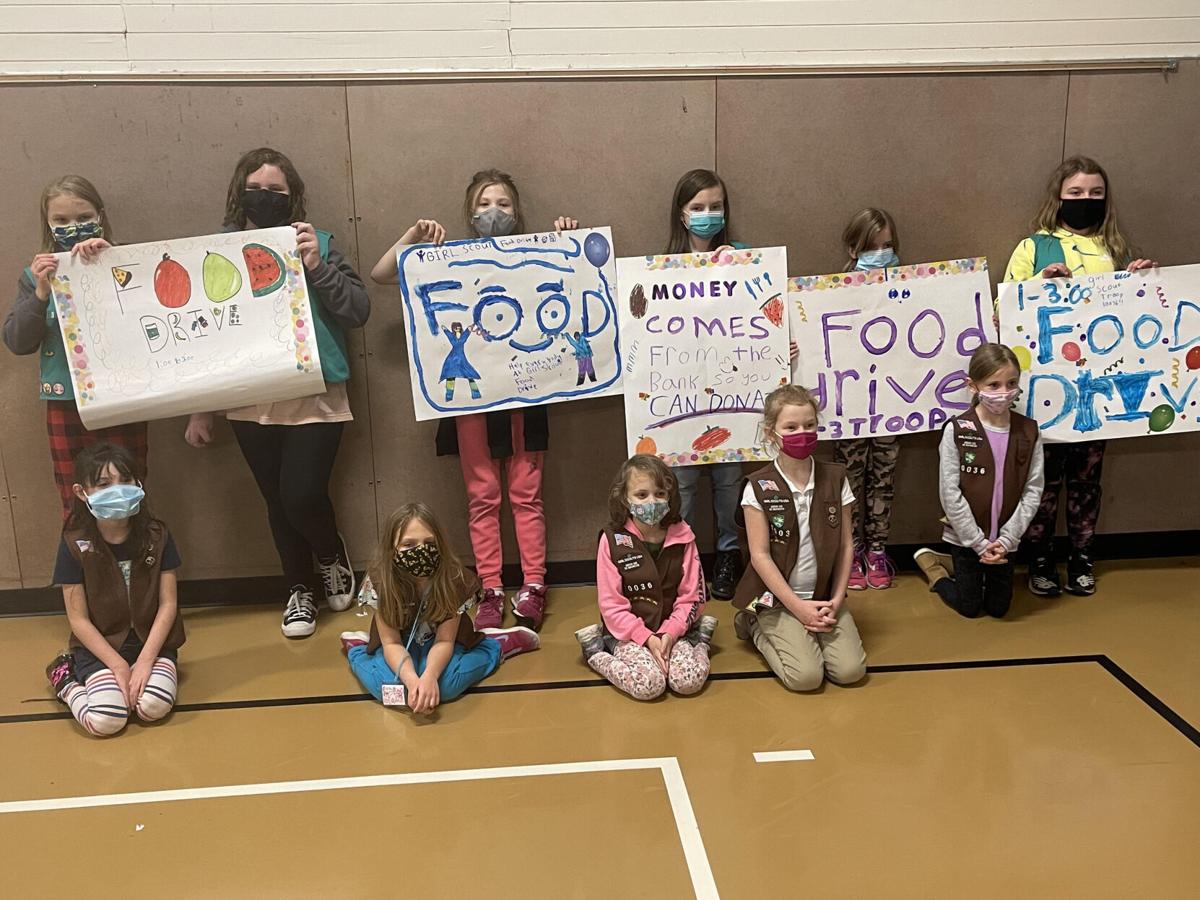 St. Helens Girl Scouts and Brownie members show off the signs they made for the Saturday food drive. 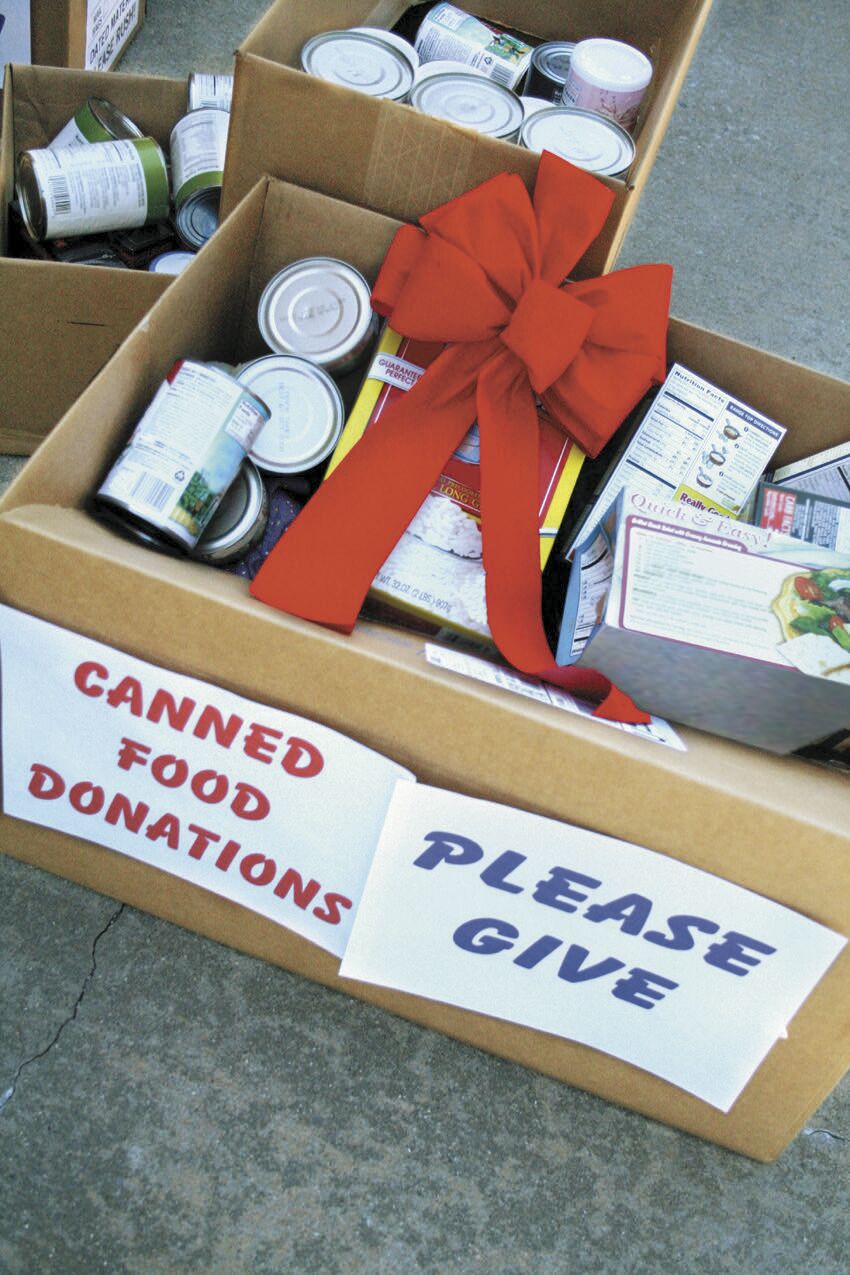 “I know that the girls are excited. Especially our daughter, this our daughter’s first time in Brownies and she’s over the moon,” Linares said.

Brownies are younger members of the Girl Scouts.

According to Linares, Troop Leader Amanda Jones reached out to her and her husband beforehand, asking whether the girls could participate in the event.

“The Troop leader had reached out to me through email and asked if they could use our parking lot to help the food donation drive, and I told them absolutely,” Linares said.

Husband and co-owner operator of the Grocery Outlet, Ricky Linares, said he believes the event presents a unique learning experience for Scouts.

“Our kids, they don't have a lot of wants or needs. They just don't really want for anything,” he said. “For them to come together and help this kind of cause, I think that's huge.”

Ricky Linares said the store regularly accepts food donations, but in forging a partnership with the Girl Scouts, he and his wife saw the opportunity to do something different.

“This is one of the most publicized things you can say that we've done, just because (donations) usually we don't talk about too much other than maybe having a dedicated barrel up in front of the store, he said. “Amanda had reached out to us so we're just like you know what, let's make it a big event thing.”

Linares said he and his wife feel the food drive is timely.

“We feel like the need is there, even more so than normal, especially with more kids staying at home,” he said. “It’s a good time to draw attention to it. (The kids) can see that there really are less fortunate (people). Some of them are our neighbors and friends. So, that kind of shows them how connected we all are.”

Since opening the new the Outlet earlier this year, the Linares have reached out to assist local nonprofits.

“We’re not looking for publicity. We just want to be a part of our community and help those that are in need.”

According to a United States Department of Agriculture (USDA) report on food insecurity in America, nearly one in seven Oregonian households were “food insecure” between 2014-16.

Hunger is a public health concern with long-term consequences, according to Partners for a Hunger-Free Oregon, which states on its website that there is evidence that food insecurity contributes to obesity and its subsequent health problems, particularly among women.

In January, The Chronicle published a summary of the report ‘Food Insecurity in Oregon.’ That report states that close to one in four people — experienced food insecurity in 2020, meaning they had a disruption in their ability to feed themselves or their family. See the story at thechronicleonline.com.