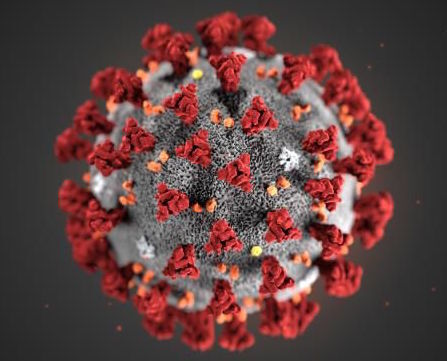 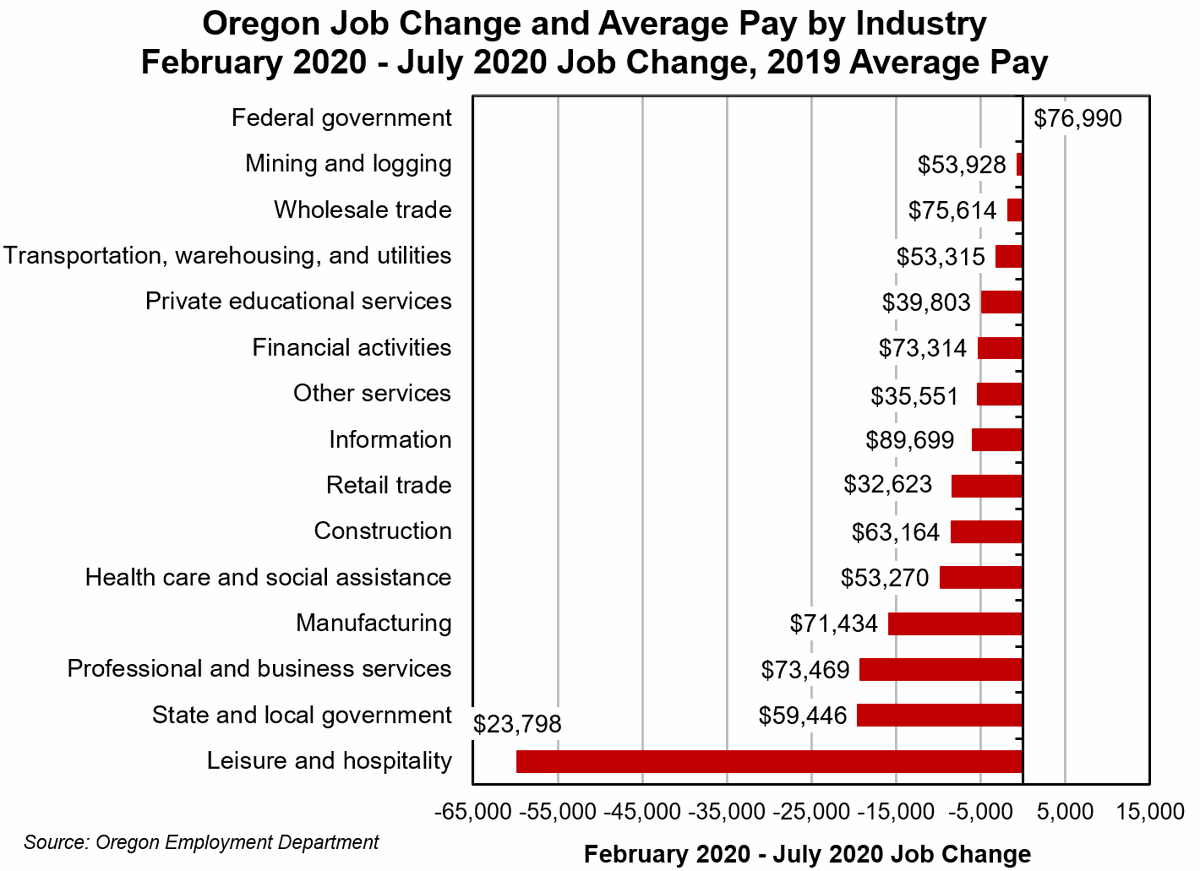 New details are emerging concerning the pandemic impact in Oregon and what may be ahead.

In a detailed report, Initial Job Losses and Recovery from COVID-19 Recession, Oregon Employment Department economist Sarah Cunningham tracks the COVID-19 impact in the state from March and presents recovery scenarios that include a speedy recovery or what could trigger a second round of business closures.

The following is Cunningham's report.

Public health measures related to COVID-19 began in Oregon in mid-March. Social distancing practices and workplace and gathering changes have severely impacted business practices all around the state.

The National Bureau of Economic Research declared an official recession in the United States, beginning in February 2020. Data from the Current Employment Estimates (CES) program shed some light on the severity of initial job losses and recovery across nonfarm payroll employment.

Oregon’s total nonfarm employment declined nearly 14 percent (-271,900 jobs) between February and April 2020. Initial losses were heaviest in industries most impacted by social distancing related health measures. Leisure and hospitality suffered the heaviest losses in both absolute number and industry share, shedding roughly 118,700 or 55 percent of jobs between February and April 2020. Health care and social assistance lost 28,500 jobs, nearly 11 percent of employment, as elective procedures and appointments were cancelled and rescheduled at the onset of the crisis.

Other services, a broad industry that includes beauty salons, nail salons, and other close-contact services, shed more than one out of five payroll jobs (-14,700). Private educational services lost 16 percent or 6,000 jobs as classrooms moved online.

Since April, Oregon has recovered 38 percent (103,600) of its nonfarm payroll employment losses from March and April, but every private industry is still below its February 2020 peak. By July, leisure and hospitality regained 58,900 or 50 percent of jobs lost, but the industry is still nearly 60,000 jobs below peak employment. Health care and social assistance added back 18,700 jobs between April and July, recovering 66 percent of the initial COVID-19 losses very quickly as elective procedures resumed and health care offices reopened beginning in May.

Other services has regained more than half of its March and April job losses, but remains 5,400 jobs below its February peak. Other industries still well below their February 2020 employment levels include information (-16.8% or -6,000 jobs), and educational services (-13.1% or -4,900 jobs).

Although net job losses between February and July 2020 exist across every sector in Oregon, with the exception of Federal Government, low-paying industries – those paying below the statewide average annual wage of $55,349 – suffered more than half (55%) of job losses. Among high-paying industries, information has suffered the heaviest losses, losing roughly 17 percent of jobs between February and July. Information pays an average annual wage of $89,699. Manufacturing, a high-paying sector that brings outside money into the local economy, peaked at 198,700 jobs in January 2019 and has lost 9 percent of jobs since.

Although Oregon has regained more than a third of jobs lost in March and April 2020 at the onset of the COVID-19 pandemic, how quickly Oregon will return to full employment depends on many unknowns.

According to the Office of Economic Analysis’ June 2020 Economic and Revenue Forecast, three recovery scenarios emerge. As social distancing measures continue to be lifted, consumers will be able to unleash pent-up demand, spending on services they previously could not, which is key to economic recovery.

Widespread availability of a vaccine or medical treatment could further restore consumer confidence and lead to a more speedy recovery. Conversely, a resurgence in the number of coronavirus cases could trigger a second round of business closures throughout the state, leading to a deeper recession and slower recovery.