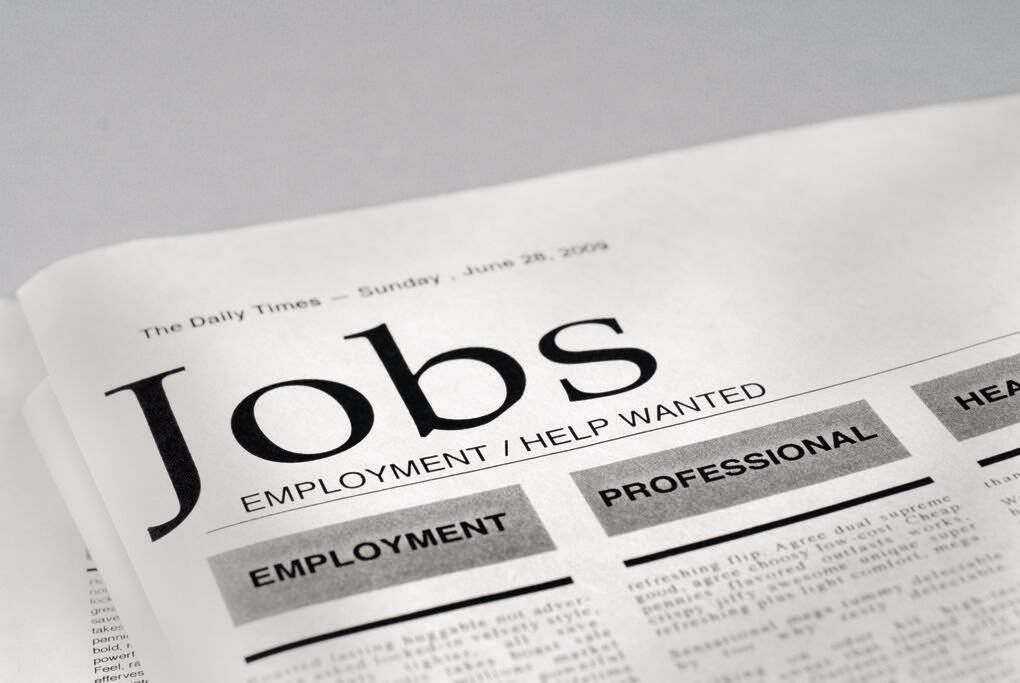 Columbia County cities, St. Helens and Scappoose, not being travel or nightlife destinations, may have helped the communities weather the pandemic recession. 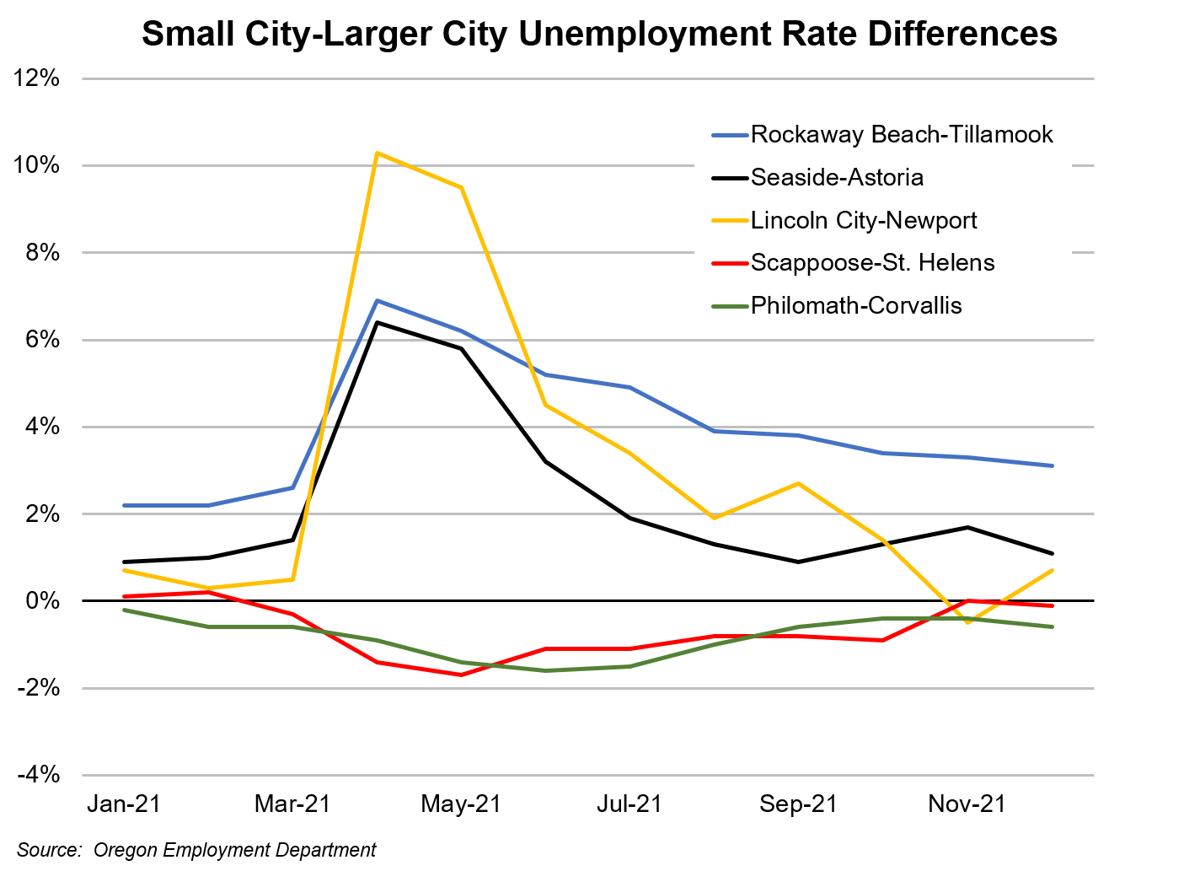 Unemployment rates shot up in Northwest Oregon’s counties in April 2020 as the state restricted business activity during the COVID-19 pandemic.

The Oregon Employment Department also estimates unemployment rates for the cities in Oregon, and naturally those rates increased as well since cities are where most people live and they are the primary locations for economic activity. But were all cities affected by the pandemic equally?

One common line of economic reasoning is that larger cities have more diverse economies and they should be more resilient to recessions, and therefore smaller cities would tend to have higher unemployment rates. That does seem to have been the case in Clatsop, Lincoln, and Tillamook counties, but it wasn’t true in Benton and Columbia counties.

The chart above shows the difference between unemployment rates for the two largest cities in each county in Northwest Oregon. The difference is a simple subtraction of the smaller city’s rate minus the larger city’s rate for each month. If the smaller city has a higher unemployment rate than the larger city, the chart will show a positive value. The rates are not seasonally adjusted.

In Tillamook County (Rockaway Beach-Tillamook), Clatsop County (Seaside-Astoria), and Lincoln County (Lincoln City-Newport) the smaller of the two major cities did have higher unemployment rates during the pandemic recession. The difference in Lincoln County was especially dramatic. For all three of these counties the smaller of the two major cities has an economy that is even more dependent on tourism than the county as a whole. And all three of these coastal counties have large leisure and hospitality industries.

In Benton County (Philomath-Corvallis) and Columbia County (Scappoose-St. Helens) the smaller cities tend to function as bedroom communities for commuters. Neither Philomath nor Scappoose is noted as a travel or nightlife destination, and this seems to have helped them weather the recession slightly better.

The pandemic recession was unusual in many ways, including in how resilient economies were. Economic size and diversity may often help an area during a recession, but in this case it was no guarantee of improved performance. In fact, the largest and most economically diverse part of the state, the Portland-Vancouver-Hillsboro metropolitan area, still has one of the highest rates of job loss nearly a year after the recession began.

Economic success in the recent recession seems to have depended as much on the particular structure of an area and its ability to manage the spread of infections as on economic diversity and scale.

Economic success in the recent recession seems to have depended as much on the particular structure of an area and its ability to manage the spread of infections as on economic diversity and scale.