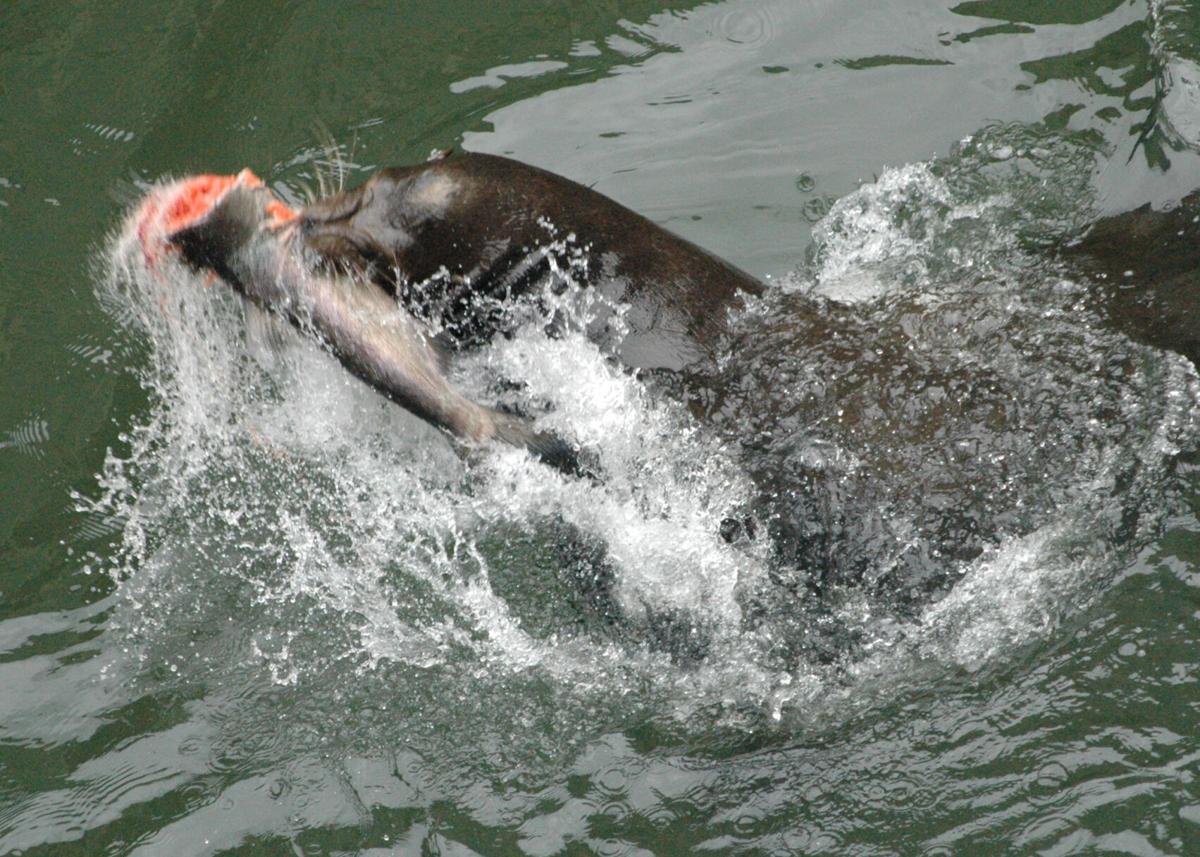 The action is in response to the population-level conservation impacts sea lion predation is having on wild stocks of salmon, steelhead, and sturgeon and to protect lamprey and eulachon. 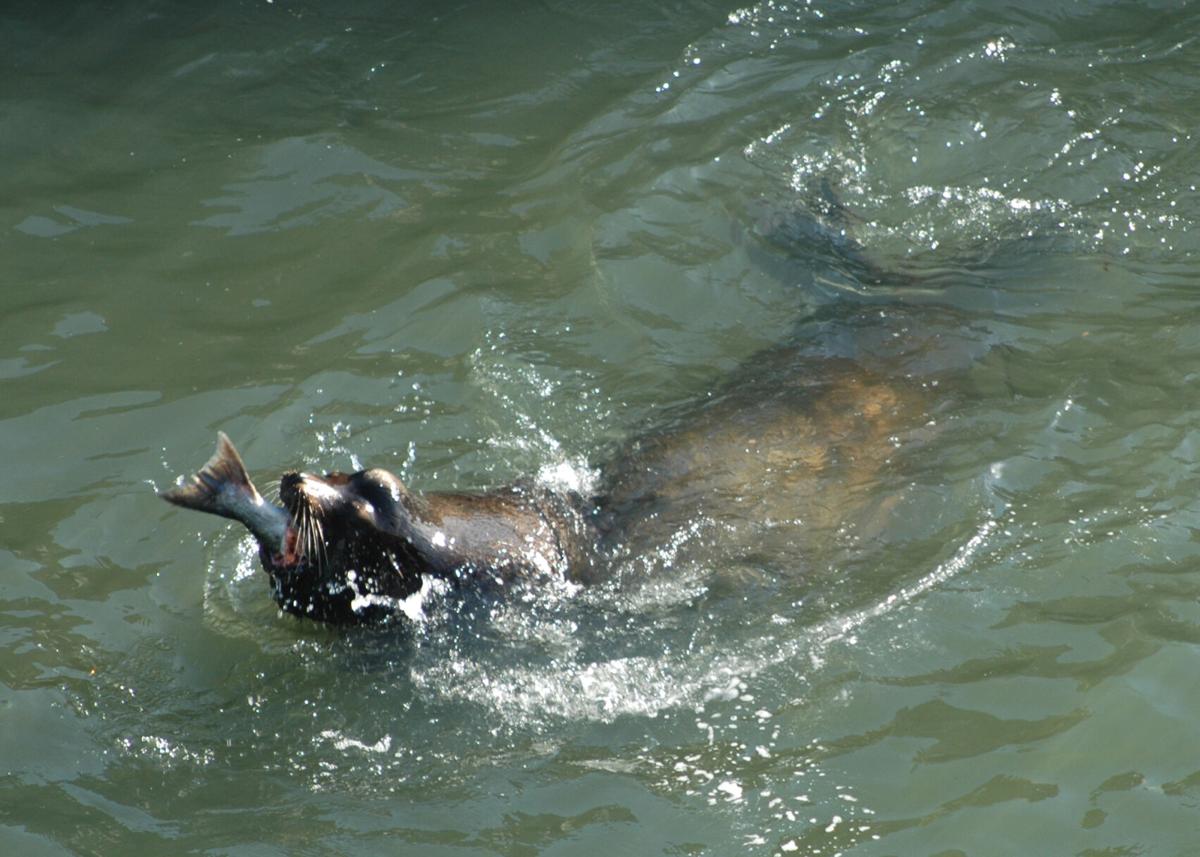 Data shows that sea lions can consume significant numbers of fish—up to 44 percent of the Columbia River spring Chinook run and 25 percent of the Willamette winter steelhead run each year.

You might spot sea lions swimming along the Columbia River in Columbia County snatching salmon and other fish.

While it has been a natural situation for the seal lions, it has been a devastating economic and environmental disadvantage for the regional fishing industry and area tribes.

On Friday, August, 14, the National Marine Fisheries Service issued a permit to the three Northwest states, including Oregon, and six regional tribes that were co-applicants to lethally remove sea lions in some areas of the Columbia River basin.

The action is in response to the population-level conservation impacts sea lion predation is having on wild stocks of salmon, steelhead, and sturgeon and to protect lamprey and eulachon.

Data shows that sea lions can consume significant numbers of fish—up to 44 percent of the Columbia River spring Chinook run and 25 percent of the Willamette winter steelhead run each year. The new permit issued by NMFS creates “safe zones” for fish by giving managers from the tribes and states the authority to remove, via humane euthanasia, both California and Steller sea lions that attempt to prey on fish in certain areas.

These safe zones include locations where ESA listed salmon and steelhead, sturgeon, lamprey and eulachon are especially vulnerable to sea lion predation because they are either spawning, or temporarily holding in their spawning migration at the mouth of smaller tributaries or below barriers like Willamette Falls and Bonneville Dam.

“This is a really big step in finally allowing us to get on top of a problem that has been building in the region since the 1990s,” ODFW Senior Policy Analyst Dr. Shaun Clements said.

Sea lion management in the Columbia River Basin is not new and has been ongoing for over a decade. But previously the states were only able to remove California sea lions at two locations—and only then after spending years documenting predation, meeting multiple criteria for removal of individual sea lions, as well as expending considerable effort with non-lethal methods such as relocation and hazing that have largely proved futile.

The action is the latest in a decade’s long effort to address the growing issue. In December 2018, the US Congress passed a bill to amend the Marine Mammal Protection Act (MMPA) and provide regional fish and wildlife managers more flexibility to remove sea lions at these environmental pinch points.

“We deeply appreciate the leadership of the Northwest congressional delegation to amend the MMPA to better balance the conservation of fish and sea lions,” Clements said.

ODFW, the other states and the six tribes submitted an application to the NMFS under the new provision in mid-2019. Since that time, NMFS has taken public comment on the proposal, reviewed it for compliance with NEPA, and held a public taskforce hearing that included representatives from the States and Tribes, marine mammal experts, and conservation and angling groups. During the meeting in May this year the taskforce voted to approve the application.

“We know that this action alone isn’t a going to restore healthy runs, but it is a critical piece of the recovery picture,” Clements said. “We don’t have to look far to see what happens when the situation isn’t managed, such as at Ballard Locks. Fish can be especially vulnerable when they congregate in a concentrated area, and taking this action will help address that vulnerability.”

A small group of California sea lions wiped out Lake Washington’s native steelhead population by preying on them while they congregated below Ballard Locks in the 1980s.

Pointing to the positive impact removals can have, Clements said that ODFW removed 33 sea lions at Willamette Falls in 2019, which reduced predation from previous highs of 21-25 percent of the adult spawning run to just 1-2 percent in 2020.

“By removing those animals, we allowed over 1,300 extra winter steelhead to reach the spawning grounds this year," Clements said. "Compare that to 2017, when only 512 fish made it over Willamette Falls and the population was on the brink of extinction. It is really heartening to see the numbers trending upwards. We hope to have a similar impact across the basin with this new permit and give these runs the breathing room they need to recover.”

The States and Tribes estimate that there may be up to 290 California sea lions and 130 Steller sea lions using these areas which is less than 0.1 percent and 0.18 percent of the total population, respectively. Trapping of sea lions under the new permit is expected to begin later this year, when sea lions again begin to congregate in these locations.

Are you worried about the spike in COVID-19 cases in Columbia County?

Pandemic: $300 per week to people out of work

Pandemic: $300 per week to people out of work