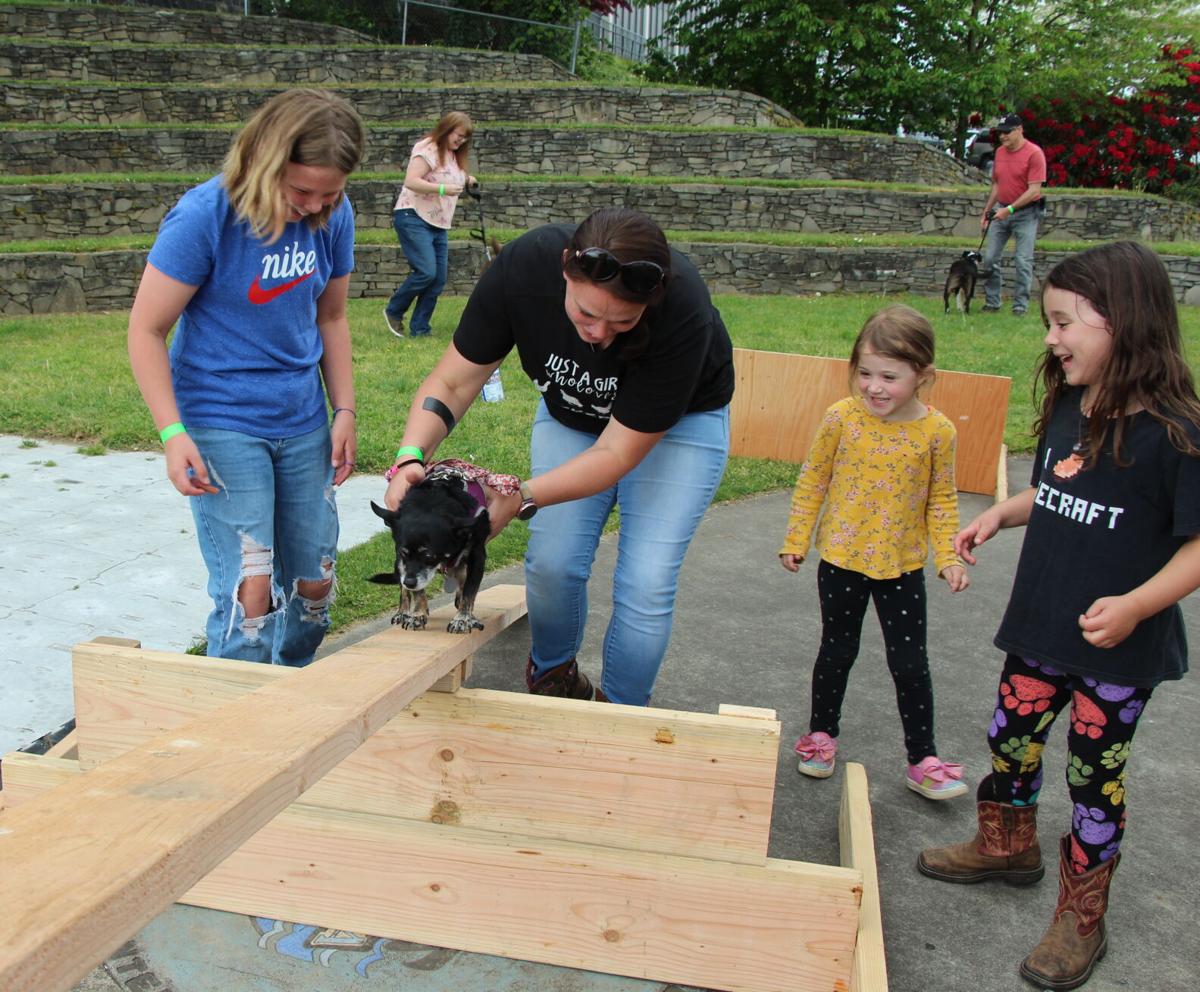 Kayley Siemienczuk, left, watches as her mother guides a small dog over the obstacle course during the dog show in the Old Town District of St. Helens. 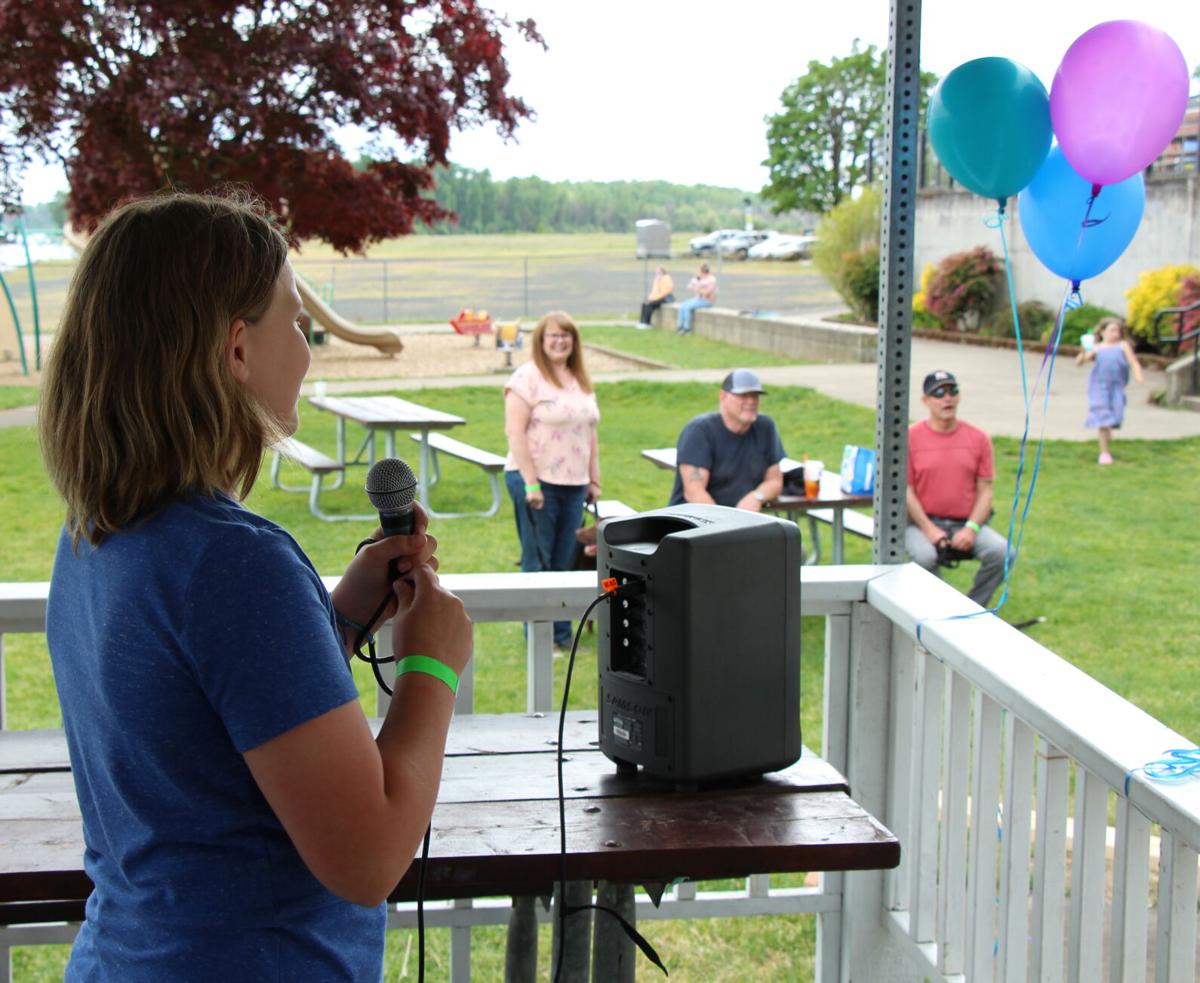 Karley Siemienczuk addresses the audience to outline how her dog show will be conducted. 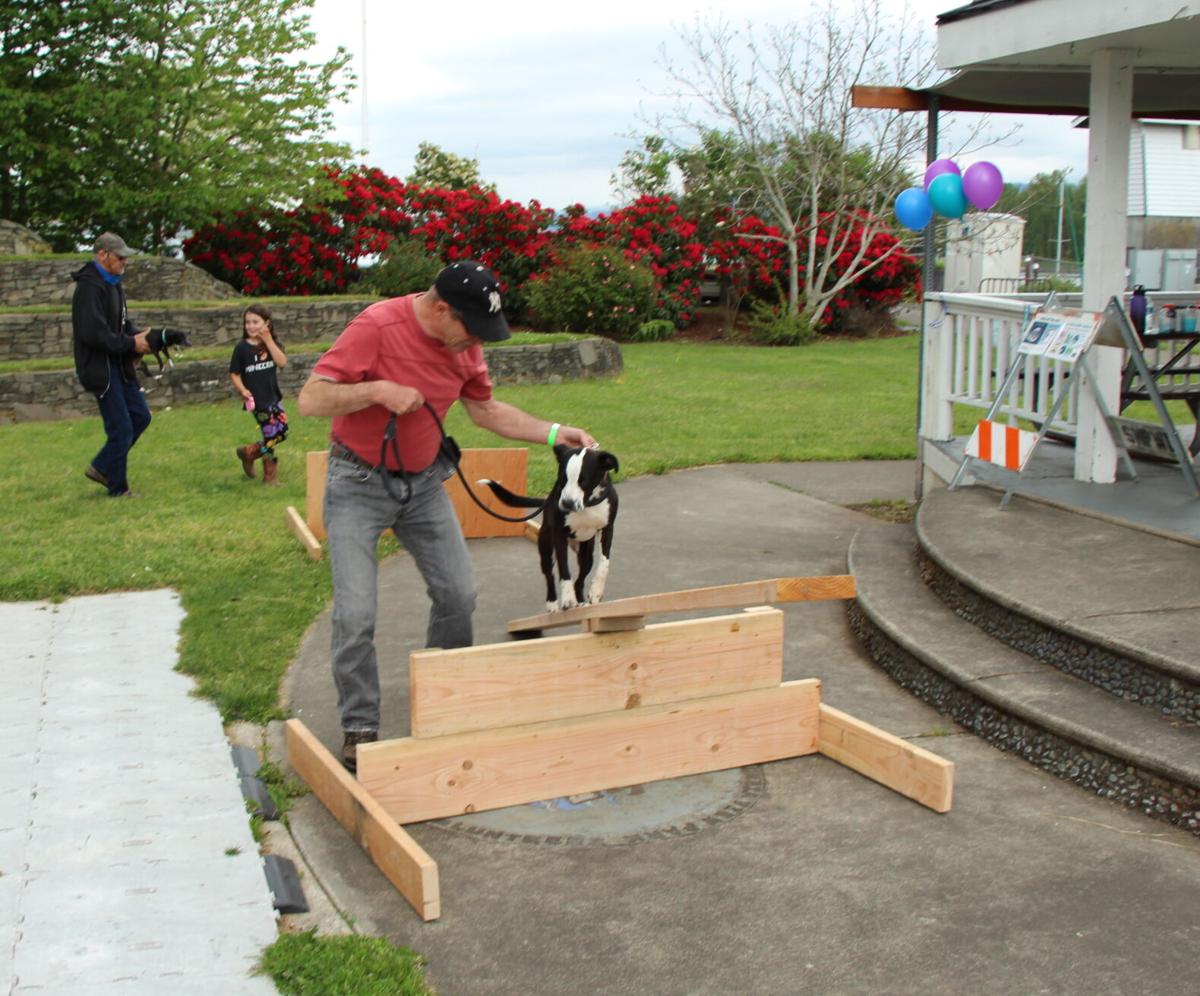 A pet owner helps his dog make it over the teeter-totter during the dog show. 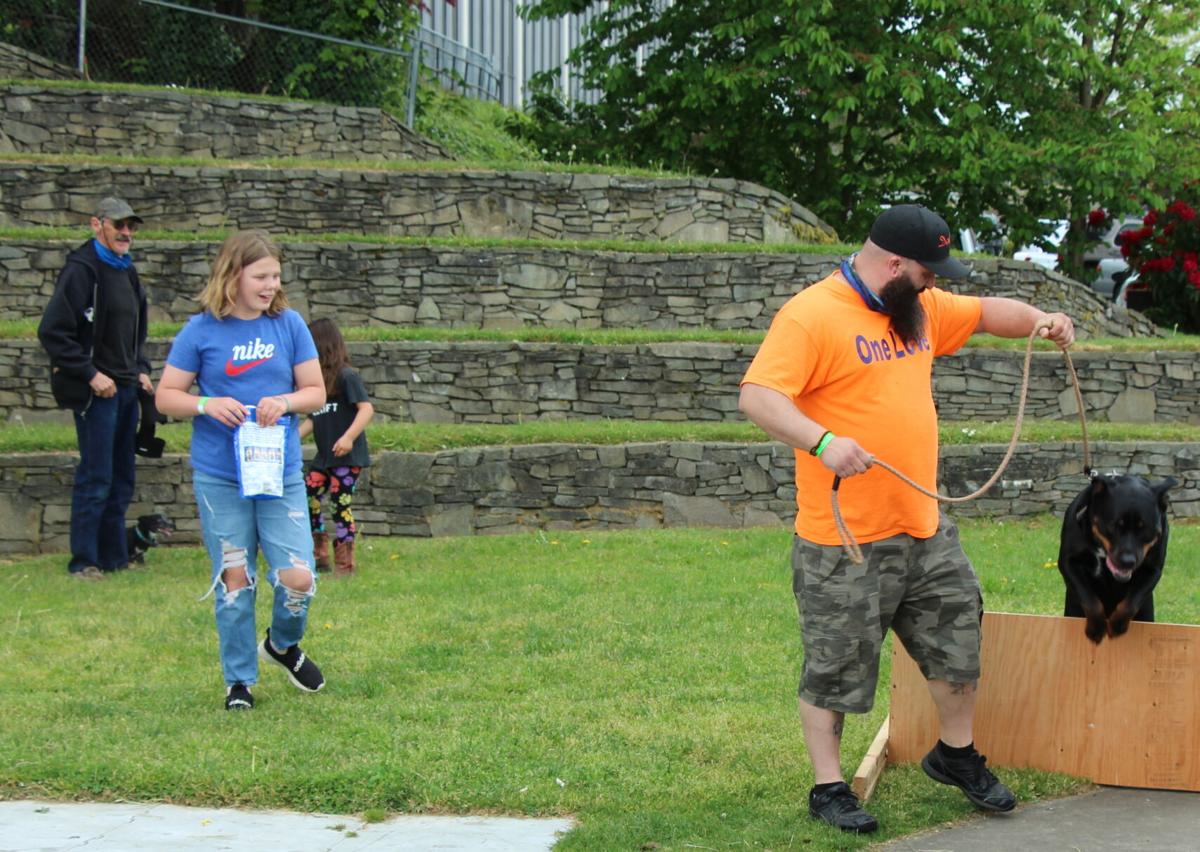 Karley said she had seen photos of the dogs being cared for at the Columbia Humane Society and wanted to help them.

"I felt really bad because some of those dogs don't get adopted," she said. “That's very sad because they don't have a warm home and a special place."

Karley decided to put on a dog show and have those participating with their dogs to donate dog food for the animal shelter.

With the help of her family and Molly's Market, Karley produced and distributed flyers telling of the Friday event and asking dog owners to join the fun.

Karley said she designed plans for the show and her dad constructed the obstacles placed in the front of the gazebo used for the performances. Karley said the location for the event is special.

"I've always loved this location because it has such a pretty view, there is a perfect space for everything, and there is plenty of room for dogs," she said.

Karley said she saved money for the show supplies and dog food and her father helped pay the cost of renting the gazebo.

About half a dozen families and their dogs attended the event. Each family represented walked their dogs through the obstacles, which included a wooden fence and a long teeter totter. Laughter and cheers could be heard as each animal made its way through the course.

"This makes me feel very happy," she said.

Karley's mother, Jamie Stockeale, said her daughter is, "pretty incredible, and I am very proud of her."