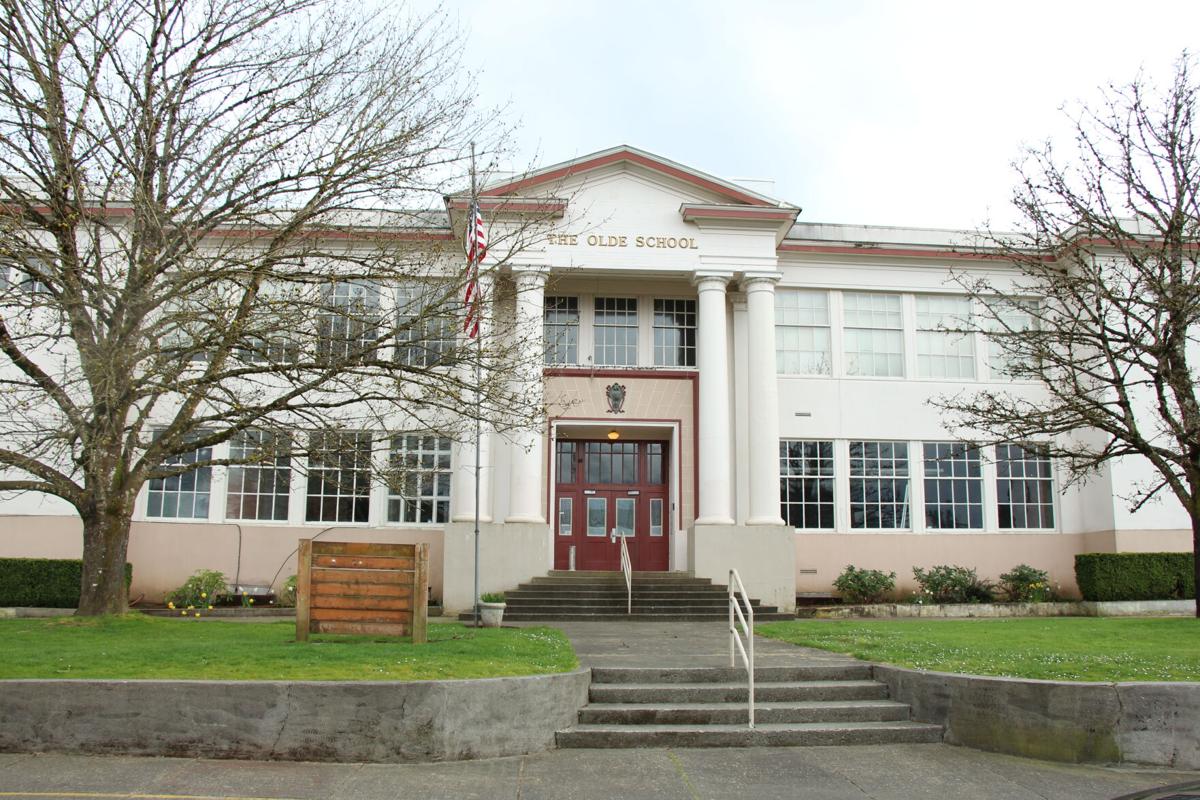 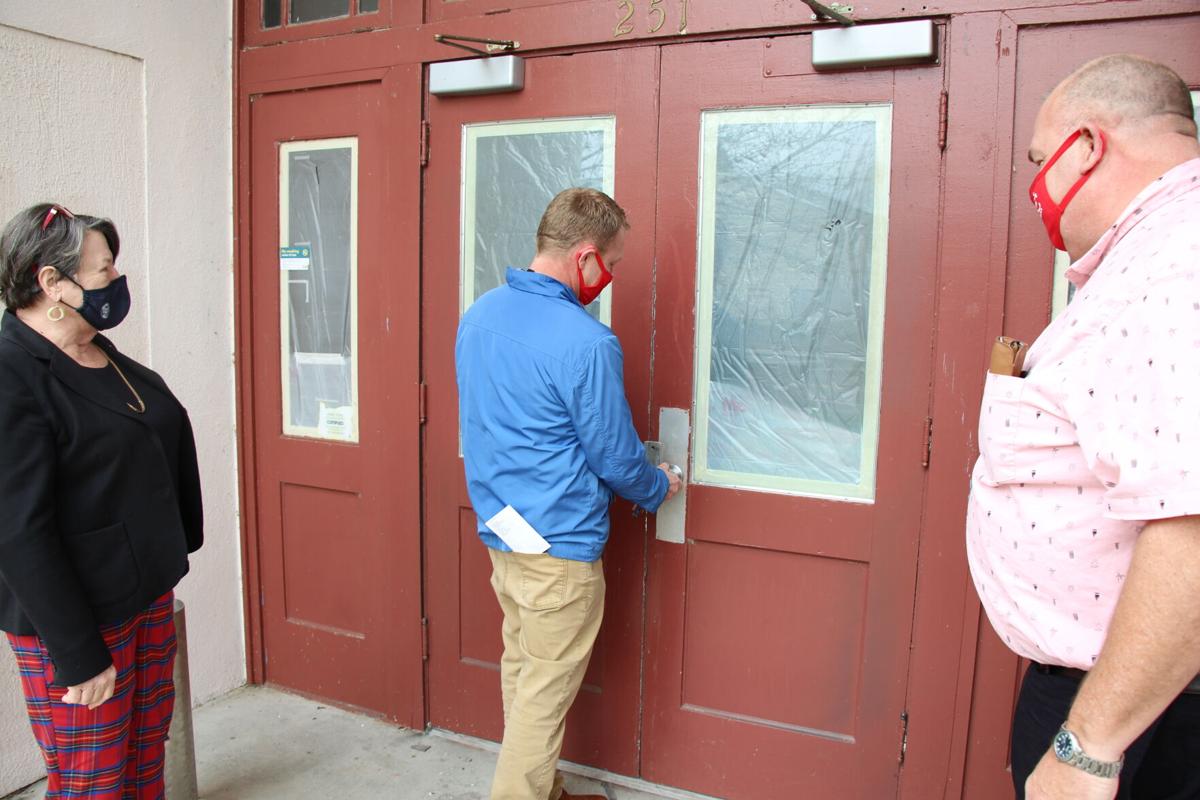 Columbia County Commissioners gather at the Gumm School building as Commissioner Casey Garrett prepares to unlock the front door for a tour of the facility. 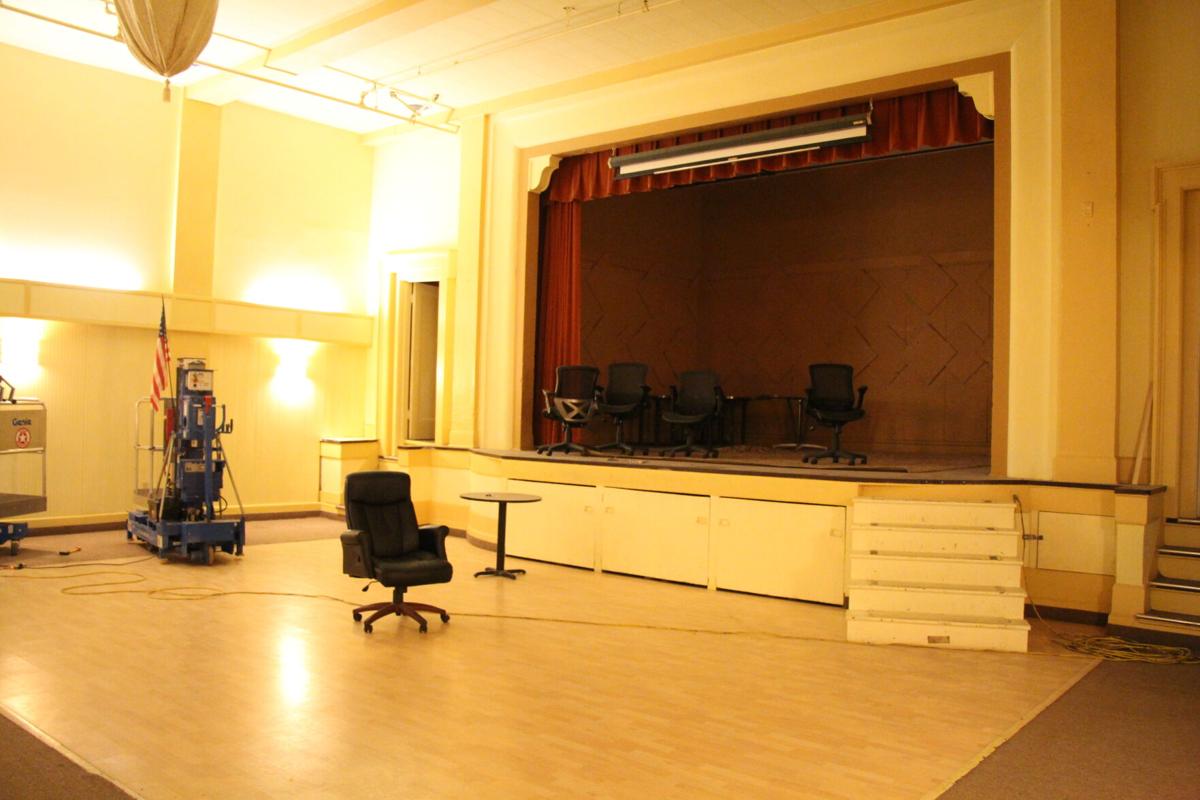 This stage and auditorium will be used for the Columbia County and other community meetings. 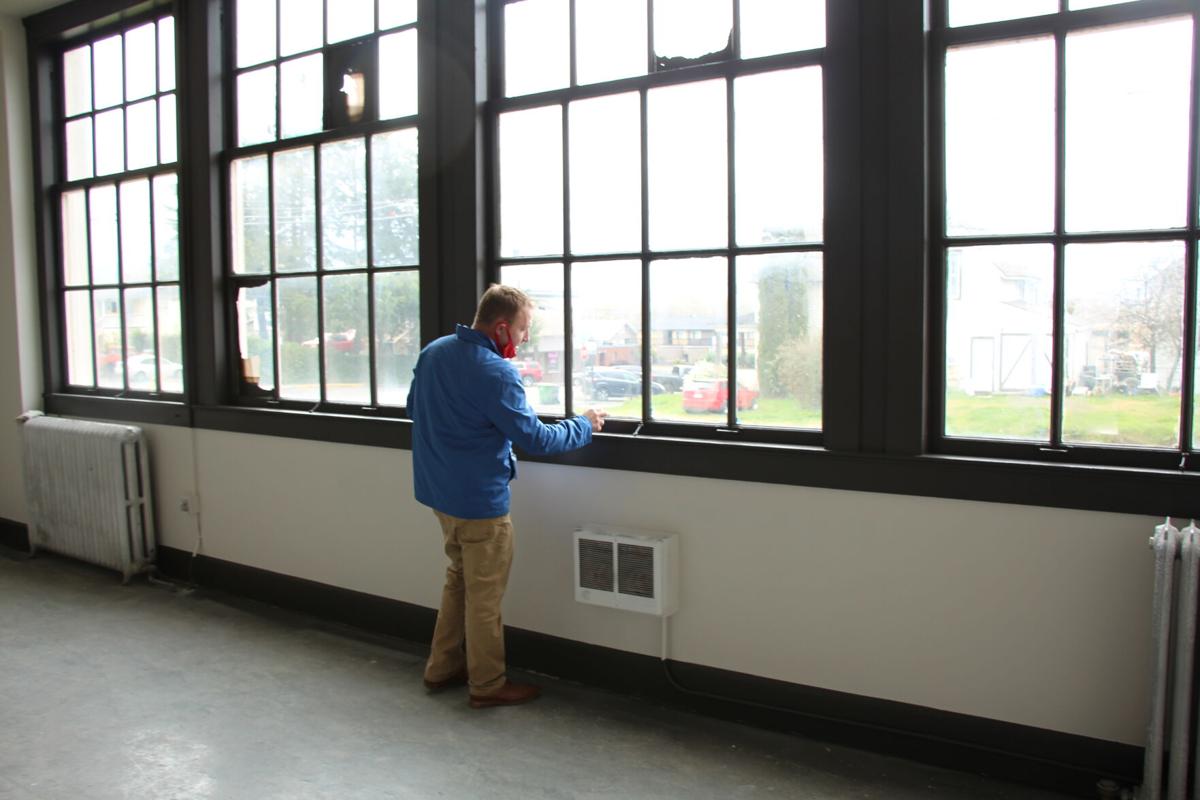 Columbia County Commissioner Casey Garrett looks at large historic windows in the Gumm School that are being preserved. 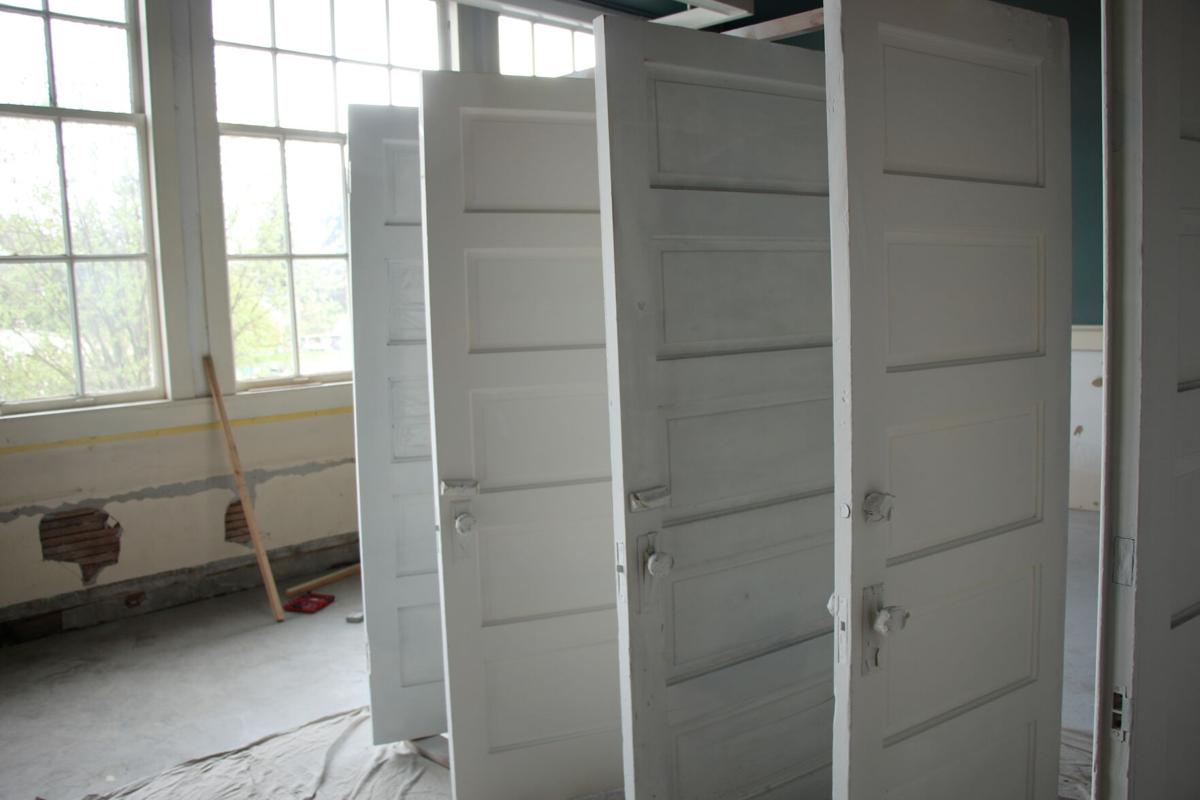 Freshly painted doors are part of the renovations now underway in the building.

The Columbia County Board of Commissioners has approved the $1.5 million purchase of the John Gumm School building, at 251 St. Helens Street, in St. Helens.

The 30,000-square-foot building is just two blocks west of the Columbia County Courthouse.

“We are using various county funds that had not been dedicated somewhere else, including reserve accounts that we set aside to fund the purchase,” Columbia County Commissioner Henry Heimuller said.

Commissioner Margaret Magruder said the commissioners had been seeking new county space and discussions to buy the Gumm Building began as the pandemic swept across the state last spring.

Columbia County Commissioner Casey Garrett said the purchase of the building gives the county and the community many benefits.

“I see a much larger space for public gatherings, the ability to move county operations around to not have the space conflicts that we have dealt with for years with more separation of administrative tasks and the preservation of an important historic building that will be available for public use.”

According to Garrett, Columbia County Public Health will likely be the main occupant on the first-floor of the building. The commissioners will utilize the first floor auditorium for public meetings. There would also be space for the Columbia County Economic Team and for the small business development center in the building.

“We could also offer space to nonprofit groups that compliment county operations and we have looked at the potential of moving the Columbia County Museum to the main floor of the building to provide more space for the public to gather and view the history of Columbia County in a historic building,” Garrett said.

Garrett said the building could become a community center.

The commissioners said before the county obtained the building, the previous owner spent over $1 million to complete seismic, sprinkler and roof upgrades.

“That work would have cost us three or four times that amount if we had to have it done,” Garrett said. "So, it is really a bargain in that way.”

The previous owner of the building, The Olde School, LLC, leased out different rooms of the building to different tenants. In September, the county signed a three-year lease for space in the building at $5,500 a month with intent to purchase the facility.

The 100-year-old building served as a school from September of 1919 until December of 1999, according to an article published in The Chronicle by Brandon Sundeen, a representative from the Columbia County Historical Society and Museum Association.

The building and school got its name from former local resident John Gum, whom Sundeen describes as “an early and well-liked resident of St. Helens and Columbia City.” His headstone, when he died in 1883, mistakenly bore the name “John Gumm.”

“The name stuck like the gum under the school’s desks and even though the building no longer bears the name, there are still references to John Gumm, including John Gumm Way on the site of what was once the school’s athletic field,” Sundeen writes in the article.

The sale of the building is expected to be completed by late summer.