The colorful ships line the docks at a previous Christmas Ships Parade event in St. Helen. 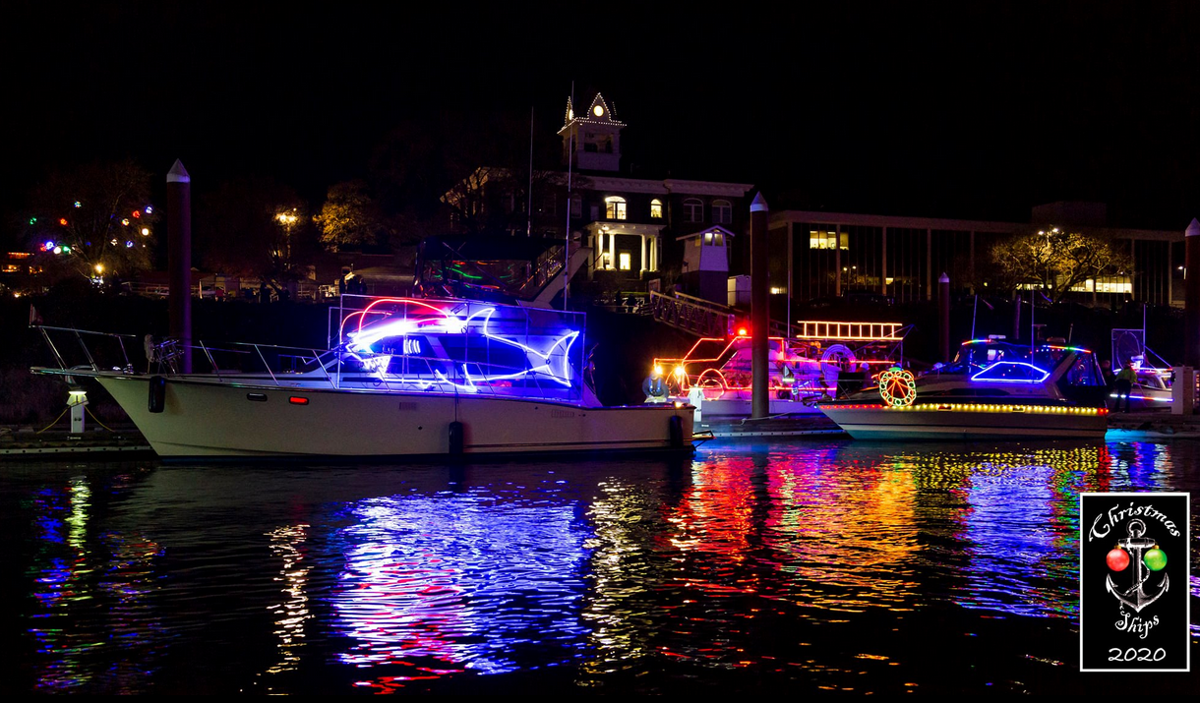 The decorated ships light up the dockside along the Columbia County Courthouse in St. Helens. 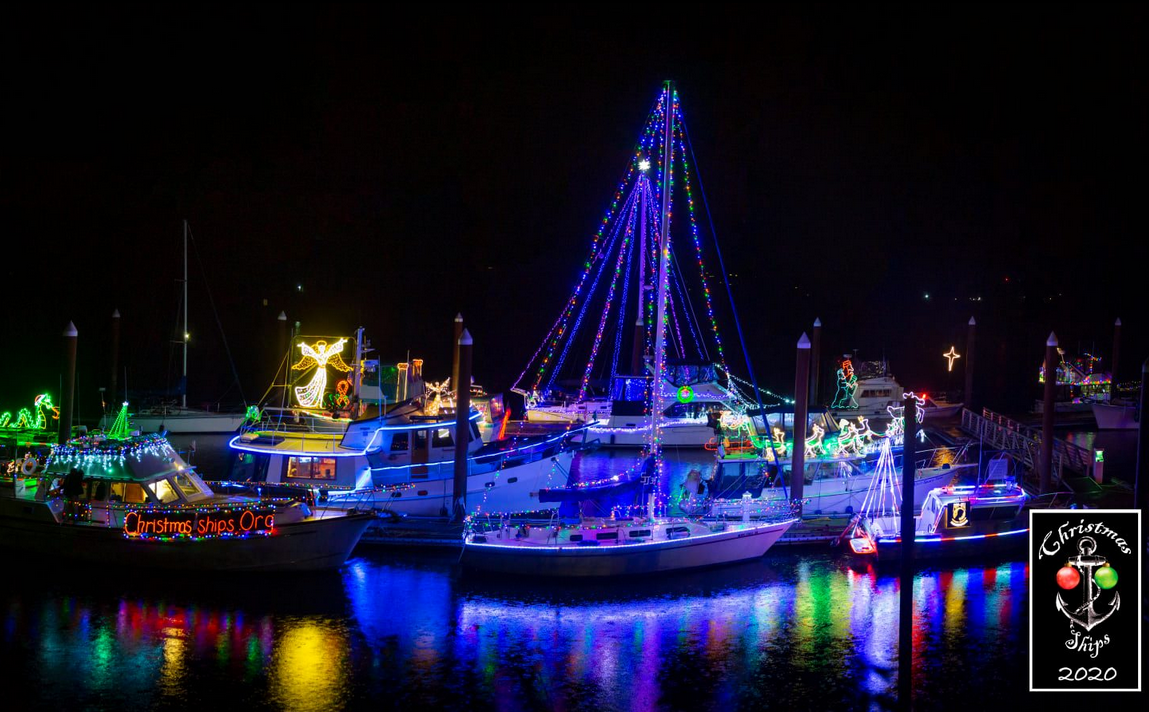 The Annual Christmas Ships bring the spirit of the season to Columbia County through colorful lighted water crafts.

After facing its share of pandemic difficulties, the annual Christmas Ships Parade along the Columbia and Willamette Rivers will bring a resurgence of holiday cheer to Columbia County in December.

In 2020, the parade was conducted, but all meet an greet events and open house activities were canceled due to the pandemic.

“We are proud to continue as the longest continuously operating lighted boat parade in the U.S.” Christmas Ships Parade Board and fleet member Kelly Marks said.

The parade kicks off on Dec. 11 in St. Helens and Dec. 12 in Scappoose. Marks told The Chronicle the event will proceed “business as usual,” with organizers anticipating a high turnout this year.

“We are still receiving participant registrations, so it's too early to confirm numbers,” Marks said. “At this point, we estimate that there will be between 70 and 90 boats this year.”

The event draws in both first time and past parade participants.

“Parade participants tend to return each year – several have been parading for over 40 years,” Marks said. “Quite a few have made this a multigenerational tradition, with the children of previous (parade participants) returning with their own boats and families to parade with us.”

6 p.m. Dec. 11 St. Helens - The combined fleet (Columbia River and Willamette River Fleets) assembles at the St. Helens City docks and heads downriver to Columbia City, and weather/river conditions permitting crosses to the Washington side and the RV Park, then returns to St. Helens City Docks.

The fleet is out about two hours. Ships remain overnight at St. Helens City docks and leave Sunday for the trip up Multnomah Channel.

The Christmas Ships Parade began with one decorated sailboat in 1954 and has since grown to over 70 participating boats as of 2020. The entirely volunteer operated event runs for 15 nights during December and travels the Willamette and Columbia Rivers in the Portland Metro area providing opportunities for communities to view it from the river front, restaurants, parks, neighborhoods and waysides along the rivers.

In a Dec. 2020 edition of The Chronicle, Oregon Heritage Commission’s Chair Chelsea Rose explained how the parade became part of Oregon’s cultural fabric.

“The designation recognizes those traditions that have helped define the character of the state,” Rose said. “The Christmas Ships Parade ties into the importance of the river to Oregon’s heritage and Oregon’s identity. It is an event enjoyed by many as the ships travel the Willamette and Columbia Rivers and is a long-standing tradition for those who view it each year.”

Organizers who work on the parade do so purely out of love for their communities, Marks said.

Volunteers dedicate over 3,000 hours in trainings, meetings, outreach, logistics, and the actual time in the parade. They host up to three meet and greet events at different locations where community members can see the boats up close, meet the boat owners, and learn about boat safety.

Marks said the City of St. Helens concentrates its efforts on making the event spectacle for families to remember.

“We understand the city aligns the tree lighting and other holiday festivities with our parade, and some of the businesses offer promotions.”

While Marks said the Christmas Ships Parade is a treasured tradition for many families and community members, for her, the parade is about more than Christmas.

“It represents family, community, celebration and hope,” she said. “It is a positive and uplifting experience unlike any other.”

While organizers have considered extending the parade’s reach to various other holidays, one is more than enough to manage, according to Marks.

“Don't get me wrong - we love it, but it is a major commitment at a busy time of year,” Marks said. “When we finish the season, most of us are exhausted, scrambling to spend some quality time with our families and pay (our) own parade expenses. So, asking participants to consider other holidays is a bigger conversation than it may seem.”

With the Christmas Ships Parade’s previous successes, organizers hope to see the tradition to spread its roots around the community.

“We are always excited to see the fantastic participation from the St Helens and Columbia County community. The people, the decorations in the Square, the bonfires (and sometimes fireworks!) show such a level of community engagement and we are happy to be a part of it,” Marks said. “We invite all community members to make us part of your traditions.”

As always, it is possible that individual parade night cancellations may occur due to unsafe weather conditions. Notification of any cancellations will be posted at www.chistmasships.org and social media channels.

“It represents family, community, celebration and hope. It is a positive and uplifting experience unlike any other.”

Best viewing areas are along Columbia River public access points, including the open area adjacent to the St. Helens Docks.