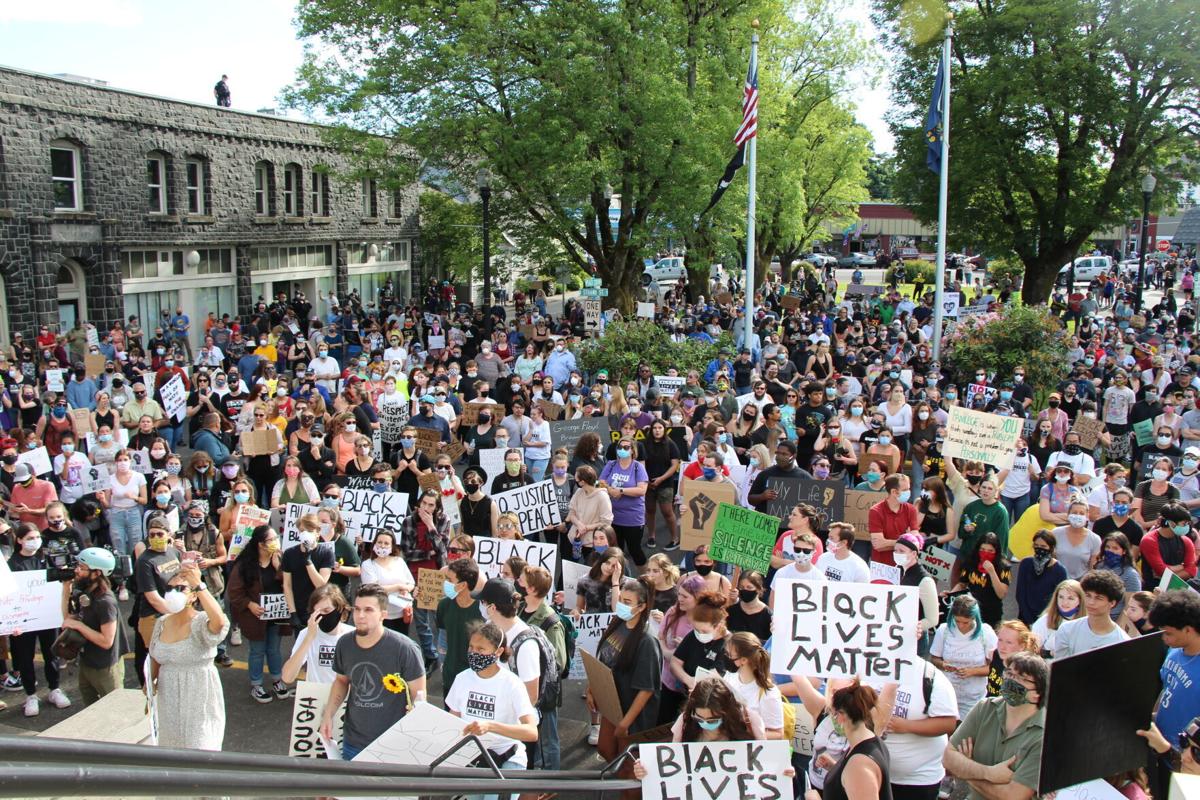 A police officer station on top of city hall (top left) watches the Black Lives Matters rally in front of the Columbia County Court House in St. Helens last June. The public demonstration was one of many held across the nation following the death of George Floyd during a police arrest in Minneapolis. 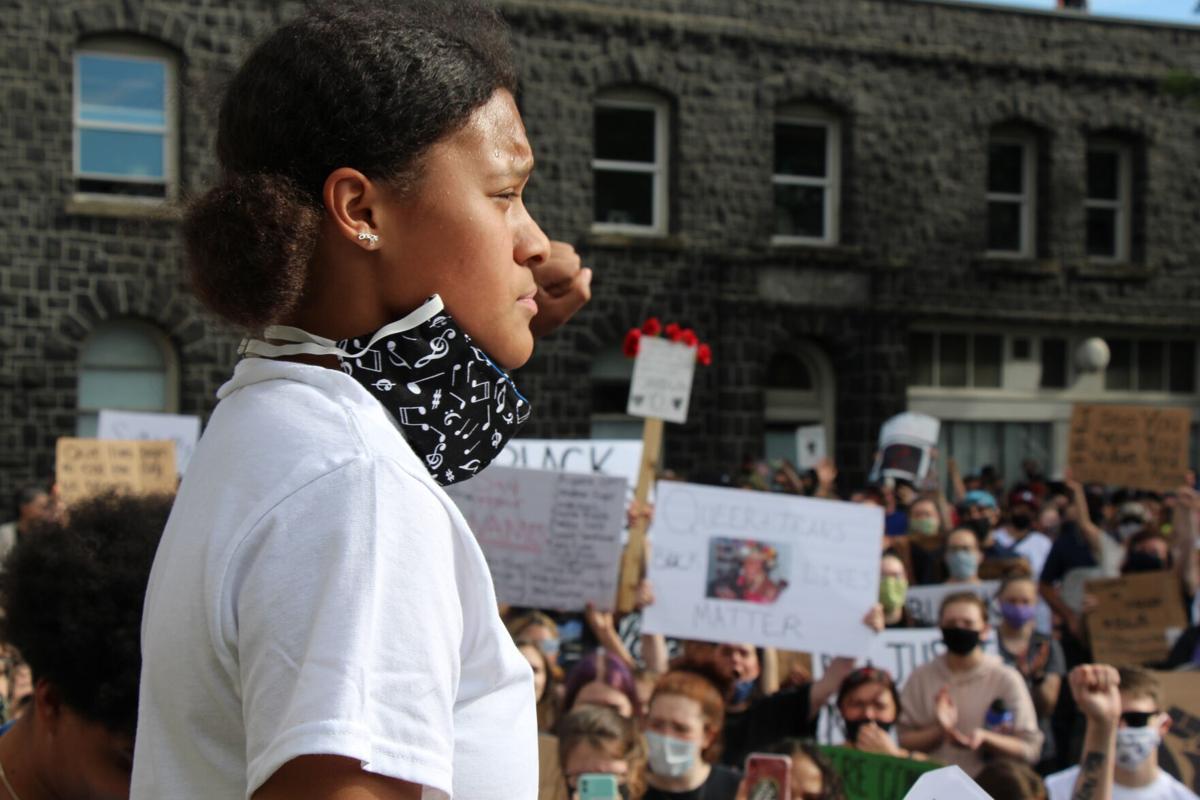 Oregon Legislators are moving ahead with bills to increase police accountability.

The effort follows public movements in Oregon and across the nation calling for the increased accountability sparked by police killings and officer misconduct.

The movement included several rallies and demonstrations in St. Helens over the past year, include a large march and rally at the Columbia County Courthouse in June.

Oregon Governor Kate Brown testified Tuesday, April 6, before Oregon House Committee on Judiciary urging her support for a set of bills, including HB 2162, which is a recommendation of the Governor's Public Safety Training and Standards Task Force.

"This past year, more than ever, we’ve seen Oregonians standing up to make their voices heard in calling for racial justice and police accountability—even in the middle of a pandemic — because the need for change is so pressing. And we have responded with action," Brown said.

The Oregon Racial Justice Council is focused on centering racial equity in police accountability, according to Brown.

Over the summer during a special session, the legislature passed legislation limiting tear gas and other uses of force, as well as holding law enforcement accountable.

"Our commitment to furthering this critical work is evidenced by the set of police accountability bills considered today," Brown testified Tuesday. "The path to racial justice in our state is a long one, but these bills are very important steps in building a more just and equitable Oregon."

Following the Brown's testimony, the House Committee on Judiciary move 10 bills to the full House of Representatives for consideration. The bills include deeper background checks of police officers and regulating weapons police use.

Editor's Note: This is one of several stories that made headlines in St. Helens in 2020. It …

"The need for change is so pressing."