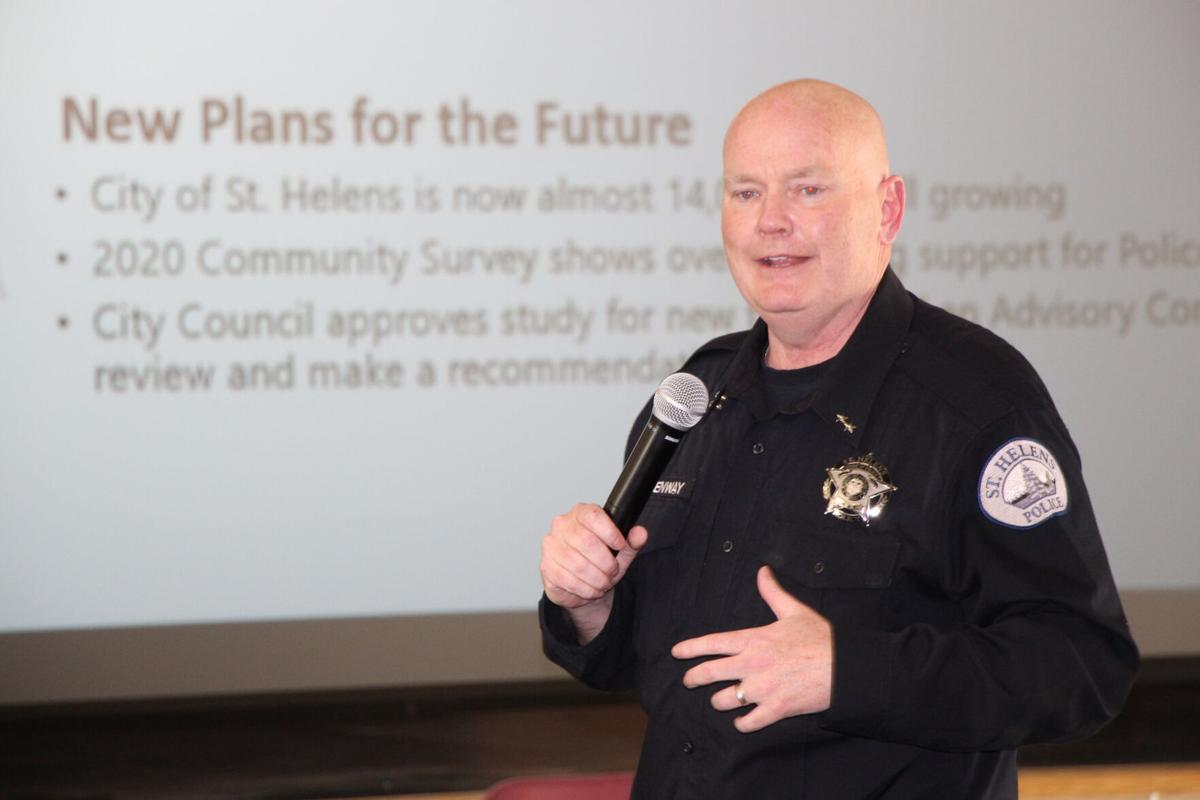 At. Helens Police Chief Brian Greenway presents his case for a new public facility during the Tuesday evening public meeting. 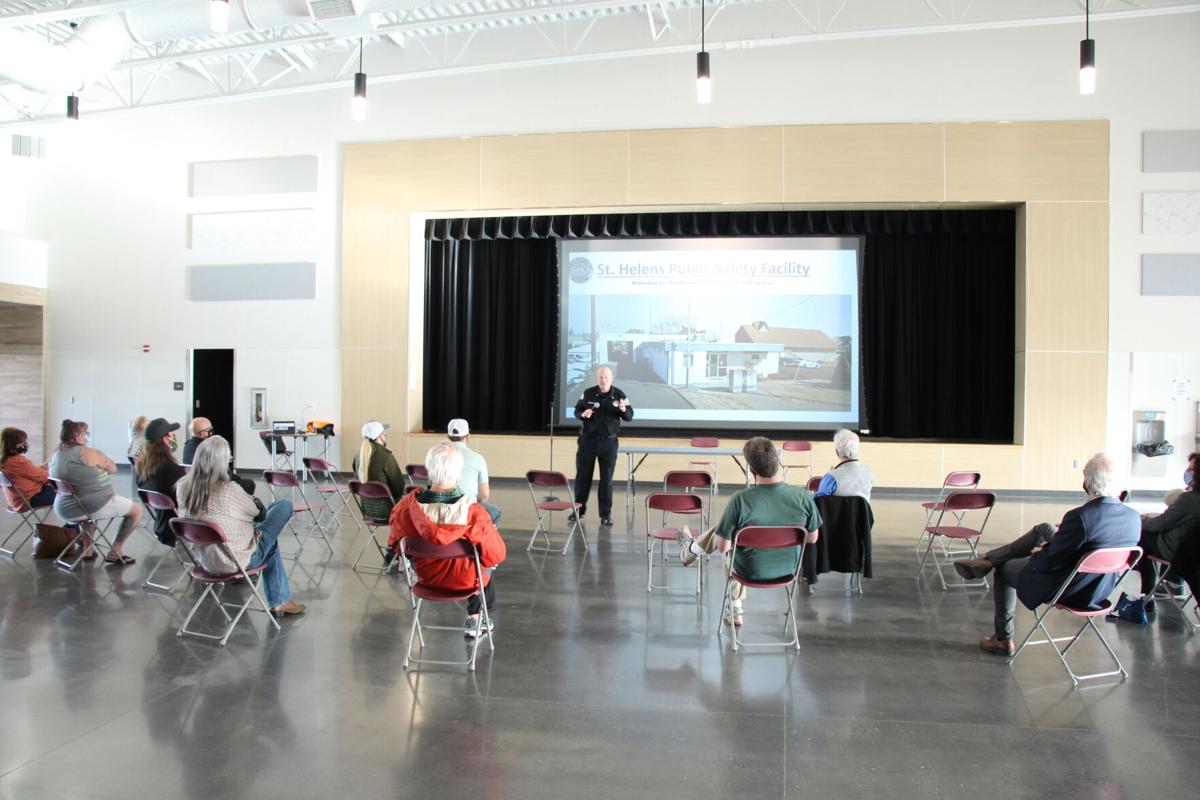 The St. Helens City Council is scheduled today to receive a presentation during its work session updating the development of a public safety facility that would replace the city's aging police station.

The council could make a decision at its evening meeting to move ahead with building the new facility.

"The city council will be discussing how they plan to proceed with the project at the Wednesday, April 7 work session meeting." City spokesperson Crystal King told The Chronicle. "City staff hope to receive direction from the city council regarding both funding and a timeline at that meeting."

St. Helens Police Chief Brian Greenway made a final public pitch for the new facility during a community meeting Tuesday evening, April 6, at St. Helens Middle School. That meeting was one of several public outreach efforts conducted by the police department and city officials over the past several months.

Read the background attached and follow developments here online and in the Wednesday print editions of The Chronicle.

The City of St. Helens will host an in-person community meeting Tuesday, April 6, to review …

The St. Helens City Council is moving forward with plans to build a public safety facility to replace the city's aging police station.