While the COVID-19 pandemic has caused deep economic impacts across the state, the just-released Revenue Forecast suggest an improving outlook.

"Corporate excise tax collections, lottery sales and taxes on investment forms of income have shown the strongest recoveries, according to the Oregon Revenue Forecast executive summary. "While those sources stand out, all major forms of revenue have bounced back, including labor-related income taxes."

"Today’s forecast projects relatively stable state revenues," Brown said. "While this provides some sense of relief in uncertain times, we know that the sacrifices Oregon's businesses are making right now to prevent the rapid community spread of COVID-19 will not be reflected until the next revenue forecast is released in January.

"We continue to face uncertainty about Oregon's economy moving forward. What is abundantly clear, however, is that our state—like so many others across the country—needs another round of federal stimulus money. This is a worldwide public health crisis, and it demands a coordinated, national response. And we simply cannot wait until Congress convenes in January.

"Our workers who are facing unemployment and the discontinuation of federal benefits programs at the end of the year—and employers who have had to close businesses for the betterment of public health—need help. And they need it right now.

"I am calling on Congress to put aside their partisan differences and deliver on a coronavirus relief package, including another round of Federal Pandemic Unemployment Compensation and an extension of the Pandemic Unemployment Assistance program and the Pandemic Emergency Unemployment Compensation program. There is no time to waste. We urgently need congressional action to provide direct help to local governments, businesses, and families so that we can all continue to provide critical services to Oregonians during this crisis.

"In addition, this year's wildfires have burned over 4,000 homes and structures in communities across Oregon. The state faces significant costs as we work to remove debris and rebuild wildfire-impacted communities. We cannot recover from these fires alone—we will need substantial federal support.

"I remain committed to exploring additional state-level solutions to assist Oregonians and Oregon's businesses, especially those that have been hard hit by the pandemic, including the hospitality industry, small businesses, and women, Black, Indigenous, People of Color, and Tribal-owned and operated businesses.

"I also remain committed to making prudent financial decisions and to position our state to manage unforeseen economic challenges that may come our way."

Oregon House Speaker Tina Kotek is calling for Gov. Brown to declare a catastrophic disaster and convene a special session.

“The COVID-19 pandemic is raging like never before in Oregon. Our economic recovery is fully dependent on getting this virus under control. As the state’s budget situation has stabilized and since Congress is unlikely to pass another relief package this year, I urge the Governor to declare a catastrophic disaster so the legislature can convene a remote special session in December.

“We need to utilize some portion of the state’s reserves as soon as possible to help struggling Oregonians and small businesses through the winter months. I am particularly interested in seeing the state spend $100 million to keep Oregonians housed and stabilize the rental market as the pandemic continues into 2021.”

The following is the Executive Summary of the Oregon Revenue Forecast prepared by the Oregon Department of Administrative Services.

“Today’s forecast shows that our state economy is stable, but this is not a reflection of reality for most Oregonians who have been impacted by these shutdowns. The most recent “freeze” will hurt Oregonians and business owners, and make an already tenuous recovery even harder for families.

Now more than ever we must protect jobs, support business growth, manage our reserves and control spending to ensure a long-term recovery for all of Oregon.”

While the economic recovery continues, the virus remains in control. Expectations were already that growth would slow noticeably over the colder, wetter months ahead.

The latest surge in COVID cases all but ensures it. Businesses and consumers are likely to pull back out of fear of the virus, and more restrictive public health policies are being implemented such that the health care system does not breach capacity. When the weak labor market and spreading virus is combined with months of federal inaction regarding both the pandemic and the economy, it brings the recovery to its most challenging point yet.

Even so, expectations remain that the economic expansion will endure. The recovery will be faster overall than in past severe recessions. This is due to a key assumption regarding a widely available medical treatment by next fall.

After that, economic growth should accelerate. Schools will reopen, workers will return to the office in greater numbers, and travel and tourism will pick up. With the end of the pandemic likely in sight, the key macroeconomic risk remains minimizing the amount of permanent damage done the economy in the meantime. As such, additional federal aid to support small businesses and the laid off workers who face dim job prospects until the pandemic is over will ensure the recovery is faster, and disparities do not widen. Oregon’s economy is expected to return to health by mid-2023.

Oregon’s primary revenue sources have tracked very closely with expectations since the previous forecast was released. Even so, a considerable amount of uncertainty remains due to the virus and government policy responses. Despite the uncertainty, General Fund revenue collections have been surprisingly healthy since the recession began. Total spending and income have been propped by the first round of federal fiscal aid. Also, the fact that high-income households have been relatively spared so far has supported tax collections.

Corporate excise tax collections, lottery sales and taxes on investment forms of income have shown the strongest recoveries. While those sources stand out, all major forms of revenue have bounced back, including labor-related income taxes. In fact, given the extraordinary growth, a personal income tax kicker for the current biennium is not out of the question, although it would take a big April 2021 tax season to get there.

Oregon’s budget process for the next biennium is getting started next month with the release of the Governor’s Recommended Budget. Oregon’s primary revenue sources are expected to grow by a 5% during the 2021-23 budget period. The losses of jobs and business income due to the recession have yet to completely flow through to tax collections.

Such growth is quite modest from an historical perspective, and not sufficient to keep up with the rising cost of providing public services. Should the baseline outlook come to pass, state resources will have remained roughly unchanged for three budget periods, while Oregon’s population and prices will have continued to grow.

It is not unheard of for Oregon’s tax revenues to remain flat for several years. The 1991 recession and recovery provides the most recent example. That said, the typical recession in Oregon has brought with it a much larger swing in revenue collections. Significant risk to the revenue outlook remains.

While the revenue outlook is uncertain, Oregon is in a better position than in the past to manage this risk. Encouragingly, Oregon has saved a larger amount of reserve funds than ever before. Automatic deposits into Oregon’s Rainy Day Fund and Education Stability Fund throughout the long expansion have added up.

Oregon’s budget writers have never had access to significant reserve funds during past recessions. Although today’s reserves will not cover all of the likely shortfall caused by a recession, they are large enough to ease much of the pain. 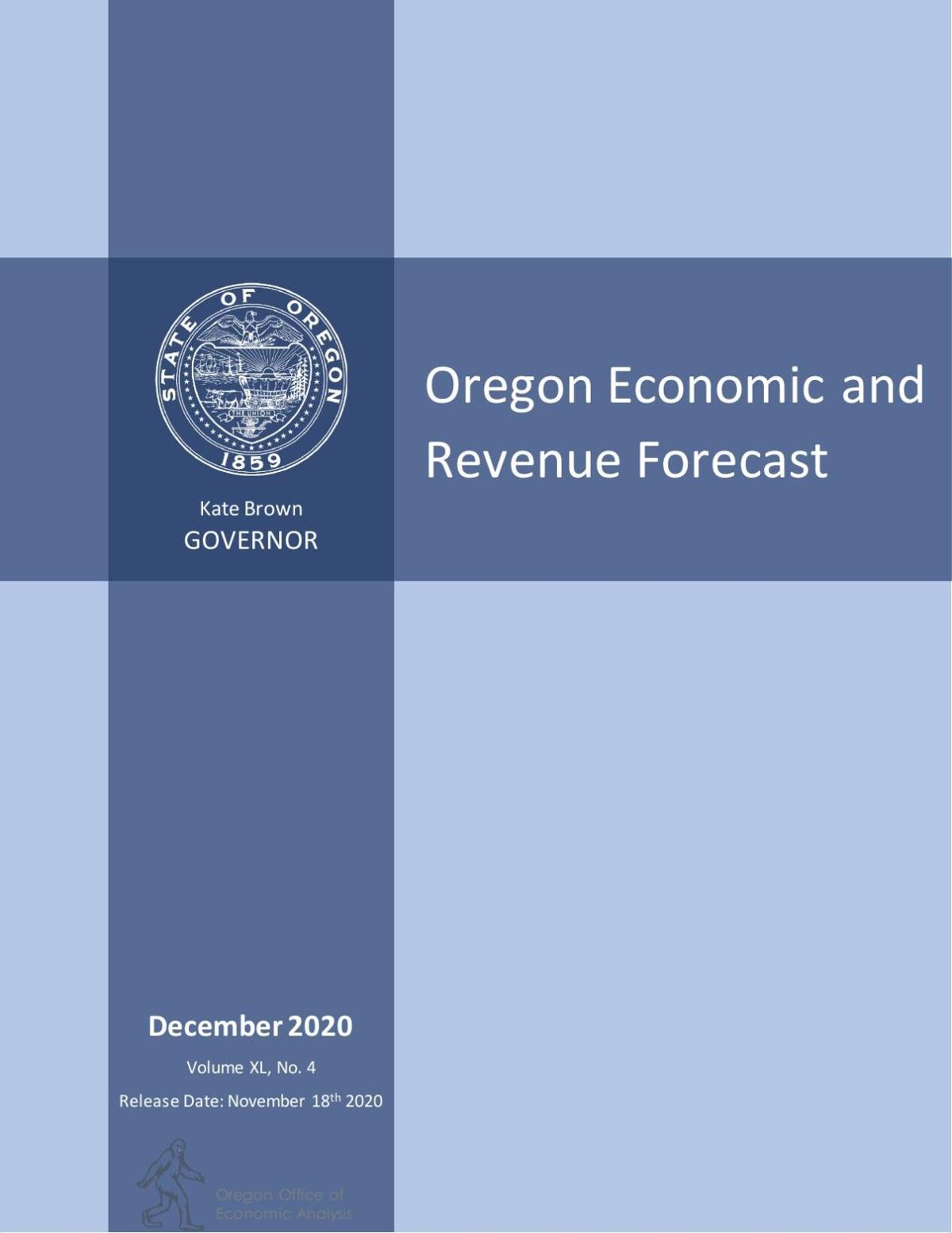