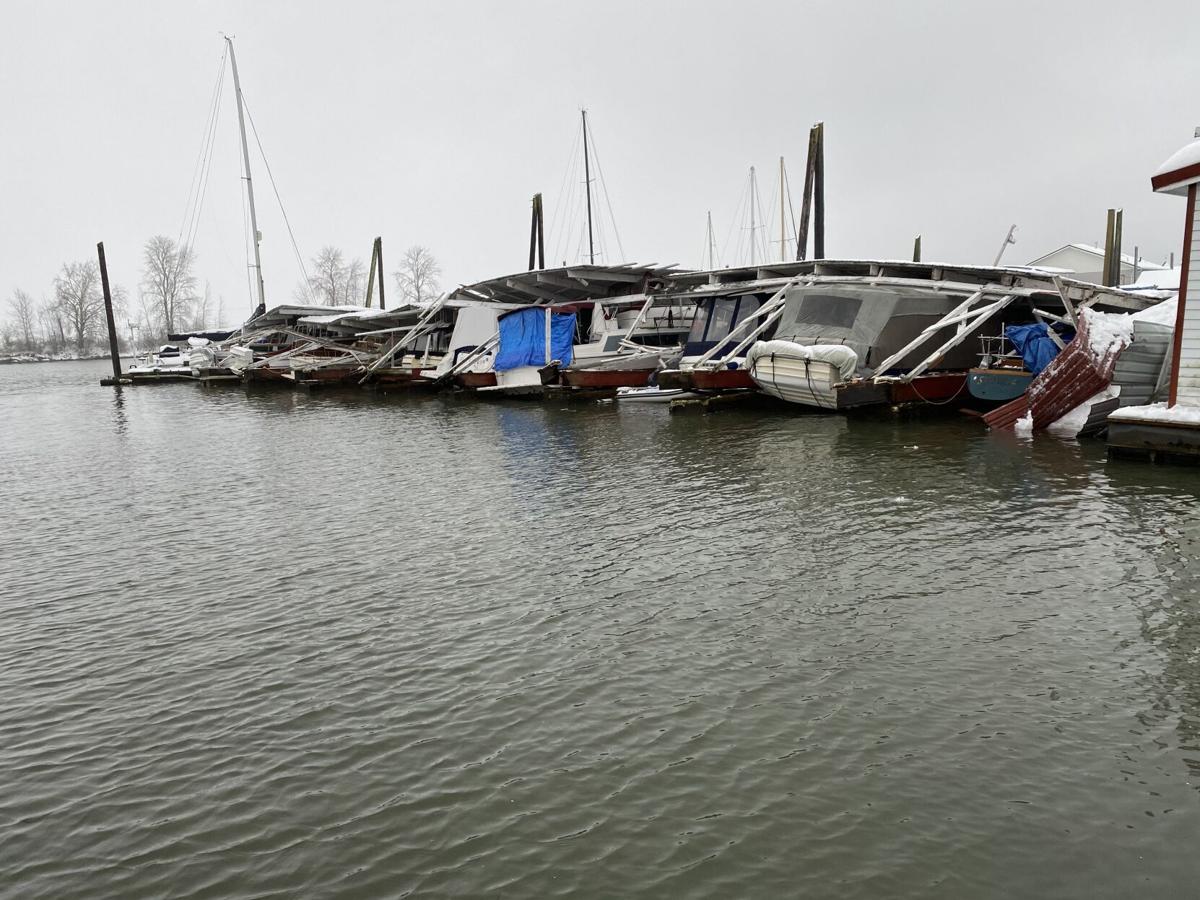 Heavy snow and ice accumulation caused a structural collapse of an awning on the docks off Dike Road on Sunday. 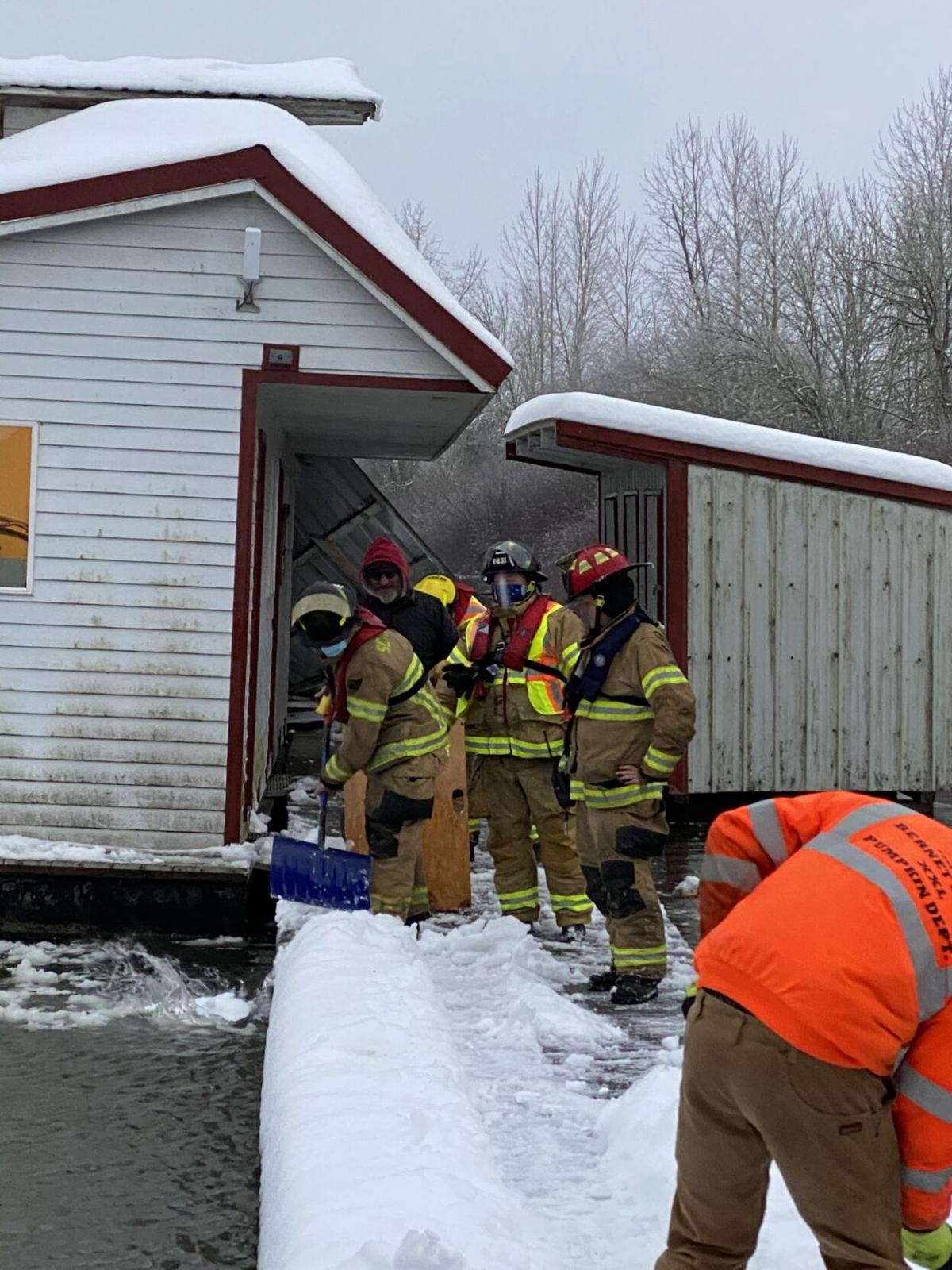 Firefighters on the scene of the awning collapse shoveled snow off the dock. 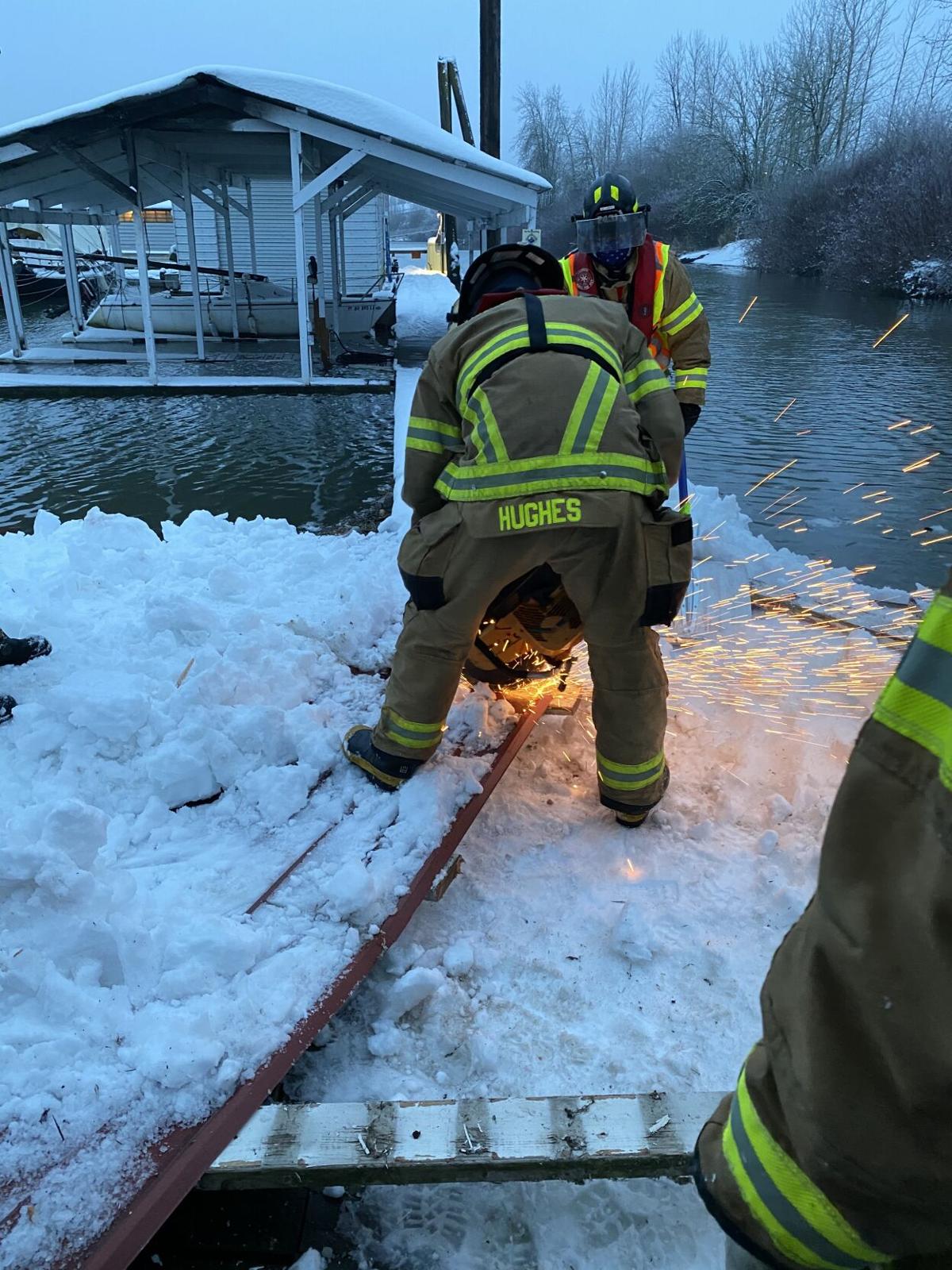 Firefighters cut away metal roof to clear the dock.

A local moorage was aided by Scappoose Fire District on Sunday when a significant pileup of snow and ice from the weekend winter storm caused a structural collapse of an awning that covered boats.

The fire district responded to the 50000 block of Dike Road to assist the collapse, which affected over 10 vessels. No one was hurt or present when the awning came down, according to a release from Scappoose Fire District. The collapse prevented from residents who live aboard vessels and floating homes from entering or exiting their residences.

Scappose Fire assisted the moorage in clearing the main dock so that residents could access and leave their homes.

Scappoose Fire was assisted by Columbia River PUD, who was with the district on the previous call for trees into power lines. They were quick to de-energize the power, preventing fire from electricity and rendering the workspace safe, according to the release.