This current photo of Todd Marchant is the booking picture from the Multnomah County Jail. 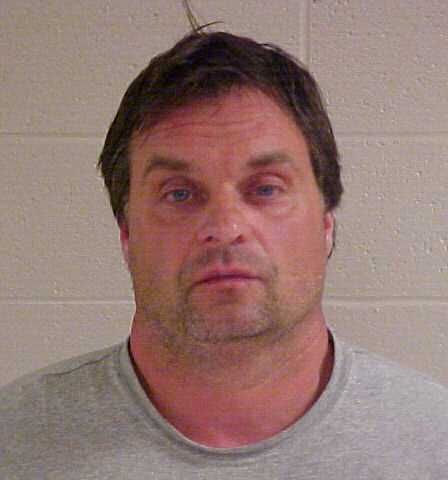 This is a Columbia County jail photo of Todd Marchant in 2009.

The suspect in a shooting investigation in Portland is a former St. Helens man who had been tried for murder in 2009.

Portland Police Central Precinct officers were dispatched shortly after midnight Monday, Sept. 14, to a report of a person shot in the 3000 block of Southeast 9th Avenue. Officers learned that the suspect was believed to be still in the area so they formulated a victim rescue plan.

Officers located a 40-year-old victim with gunshot wounds to the head and torso. At the same time, officers encountered the suspect, a 55-year old male, and he was arrested.

The victim was transported to a hospital by ambulance where he was treated. His wounds are serious but are not believed to be life threatening, according to a release from Portland Police.

Assault detectives responded and are investigating. A gun was recovered as evidence.

Portland Police said the suspect contacted in the shooting, 55-year-old Todd Edward Marchant, was arrested and booked. Marchant was charged with Attempted Murder I, Assault I, Unlawful Use of a Weapon, Felon Possessing a firearm and lodged into the Multnomah County Detention Center.

Marchant is a former St. Helens resident who had been tried for murder in Columbia County in 2009. He had been accused of shooting and killing his neighbor, however, a jury in that case handed down a not guilty verdict on almost all charges.

Marchant was found guilty only of unlawful use of a weapon. He was found not guilty on charges of murder, manslaughter and criminal negligence homicide.

Marchant was sentenced to five years in the Columbia County jail and released in 2012.

Marchant was arrested again, this time in 2017 in Phoenix, Arizona for allegedly killing a man during an argument, according to television news reports. The case was eventually dismissed.