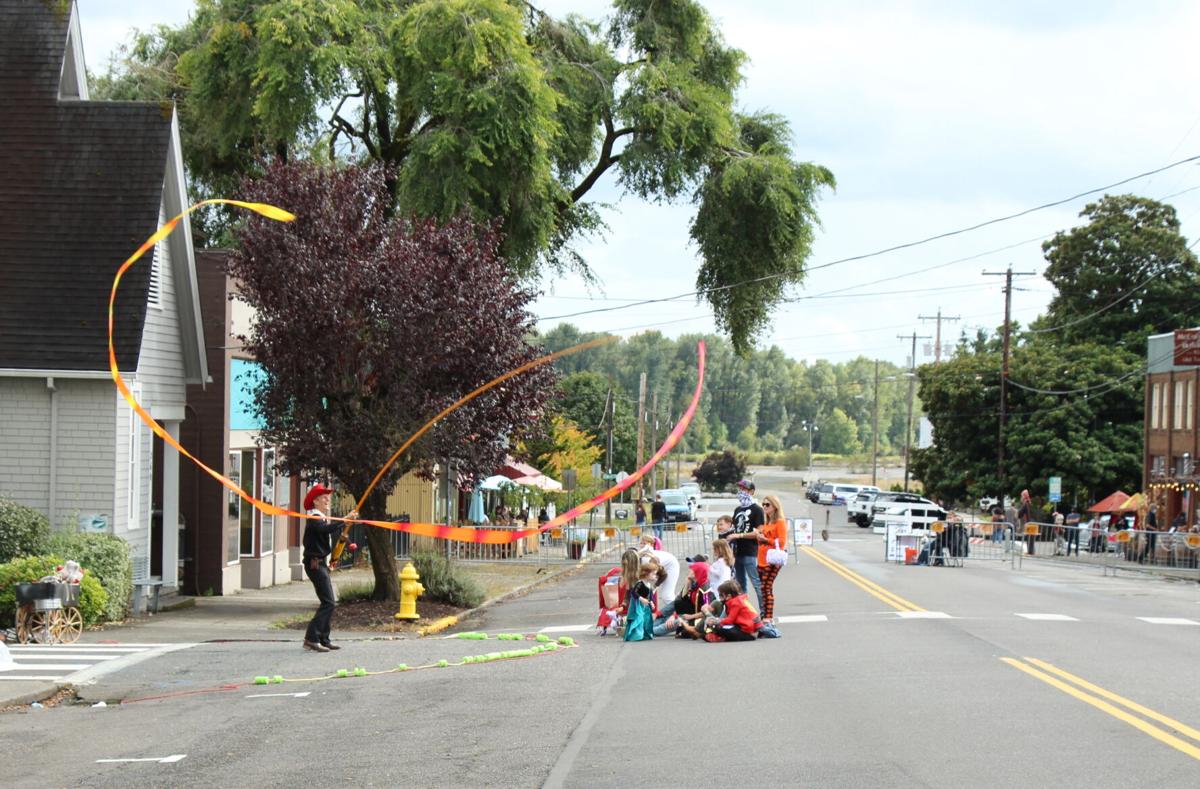 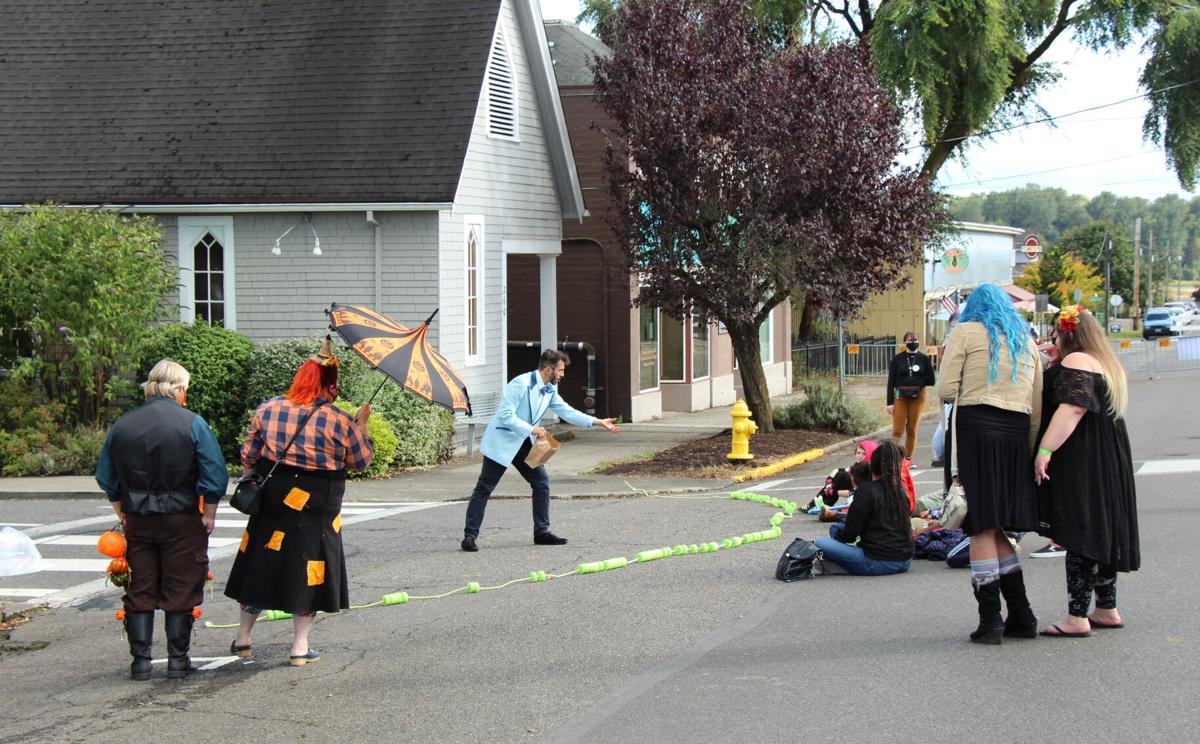 The city’s annual “Spirit of Halloweentown” celebration kicked off this past weekend to a small crowd.

The event, which has drawn thousands of visitors per day in years past, has been scaled back this year to comply with public health guidelines established to reduce transmission of COVID-19.

Instead of open streets for visitors to roam, the event is ticketed, with a maximum of 250 tickets sold per day. On Saturday, Sept. 26, only a smattering of visitors arrived for the festivities, which included street performers, a haunted house, museum of oddities and witch dance lessons.

Food vendor Roberta Boursaw returned to the festival this year, making it her second year at Spirit of Halloweentown. She said it was her first event of the season due to so many event cancellations from COVID-19.

“It’s kind of nice to be out, I missed it,” Boursaw said. “It’s probably going to be a slower season, but I think it will be fine.”

Even with the reduced number of guests each weekend, and the slim turnout on Saturday, she said she thought it was worth it.

“By the time you figure in the cost for your product and your fee to be here, it’s kind of a gamble now with COVID,” she said. “Today has been a slow day, but I feel pleased with what I’ve done.”

The vendors are spaced out more than in previous years, allowing guests to distance while waiting in line or walking through.

Even with the new limitations on attendance, the event has drawn concerns from county officials. The county, which permits the city to use and decorate the grassy plaza in front of the courthouse, has warned city officials to keep an eye on the event.

“I think this is a terribly stupid idea,” Columbia County Board Commissioner Alex Tardiff said at the commissioner meeting Wednesday, Sept. 23. The three commissioners all voiced concerns about St. Helens continuing to hold the event despite climbing COVID-19 case rates in Oregon.

“So help me, if there is an outbreak because of this I will be in your chamber and I will be pissed. We are working extremely hard to keep this pandemic in check,” Tardiff said.

Commissioner Henry Heimuller expressed concern about the ticketed area preventing local citizens from visiting the shops included in the area.

“I think the city is limiting the number of citizens who live in the city from participating,” he said. “I think access to our local area, especially in a COVID year, is important. I hope the city takes that into account.”

The permit signed between the city and the county will hold the city liable for the event even through portions take place on county property. The event has historically brought in visitors from around the world, which is a concern during this pandemic.

Alexa Adams flew from Florida to visit her friend Lauren Spector who studies in Portland. The two decided to check out the event on Saturday because they are both big Disney fans, they said.

“There’s way less people than I thought there would be and it’s nice,” Spector said.

Milling around the event were also visitors from Montana, California and Alaska.

“I’m concerned about the health and safety of our citizens and visitors. We’re in the middle of a pandemic, I certainly don’t think we should be encouraging the pandemic to grow in our county,” Commissioner Margaret Magruder said at the meeting Wednesday. “But this is a city issue, as long as our properties are covered fully, I think the city has made its choices. Perhaps it will be successful, perhaps not.”

In replying to The Chronicle's inquiries in early September about public concerns with having such an event during the pandemic, St. Helens Mayor Rick Scholl outlined the reasoning behind going forward with the Spirit of Halloweentown.

"Rather than taking a reactive approach with no plan in place to accommodate these visitors, the City has worked hard to create a plan that provides a safe environment for both our community and visitors," Scholl said. "This plan also creates a valuable opportunity for local businesses to see increased economic activity in this time when many have seen drastically reduced revenue due to the pandemic."

One of the climax moments of the film occurs inside the Columbia Theatre in the Old Town District of St. Helens. Another major scene in the movie is reenacted each year in St. Helens, the lighting of the bigger than life jack-o-lantern in the plaza in front of the courthouse. It is a replica of the original pumpkin from the movie.

The kickoff to St. Helens Halloweentown is held annually with the lighting of the large pumpkin. That event is slated for Saturday, Oct. 3, at the Plaza Square in the city's Old Town District. See the entire event schedule and locations at www.discovercolumbiacounty.com, www.spiritofhalloweentown.com and www.instagram.com/spiritofhalloweentown/

According to the Spirit of Halloweentown ticketing website, three Saturdays (Oct. 10, 17 and 24) have already sold out.

In the Spirit: One woman’s return to “Halloweentown”

It took over 20 years, but a witch and cyclops have returned to Halloweentown.