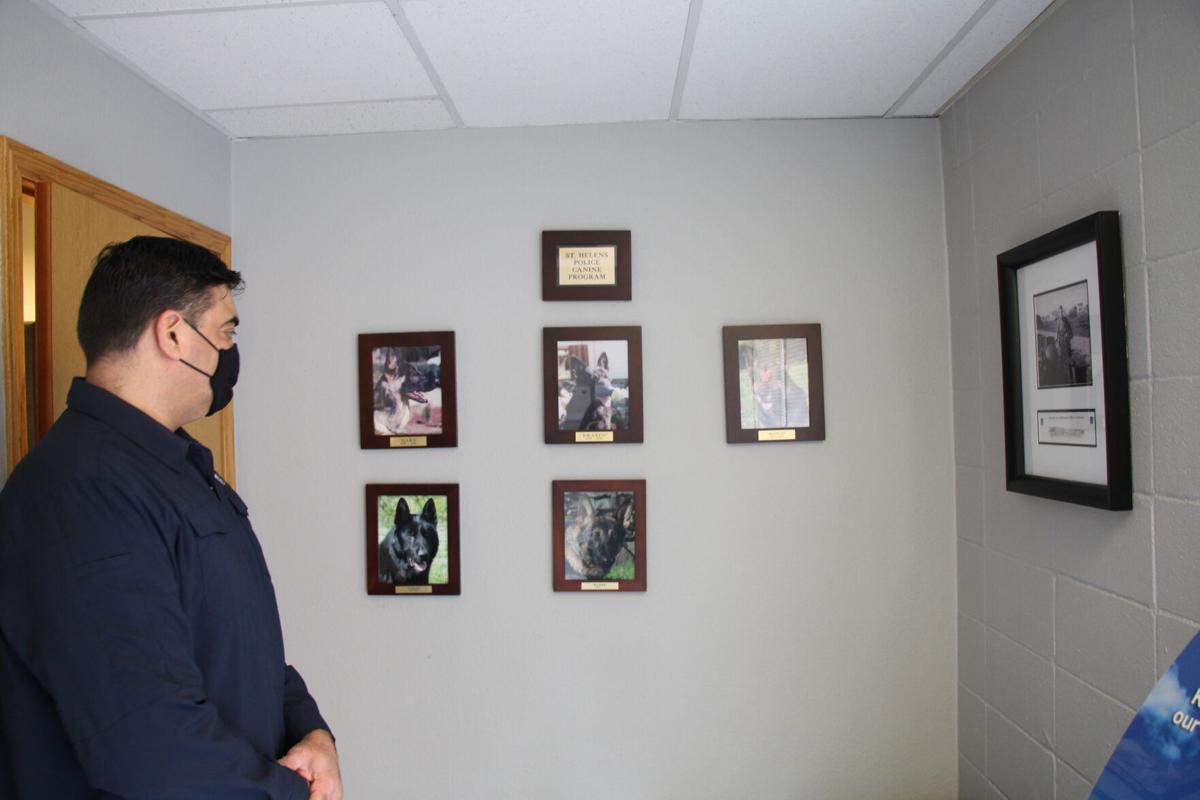 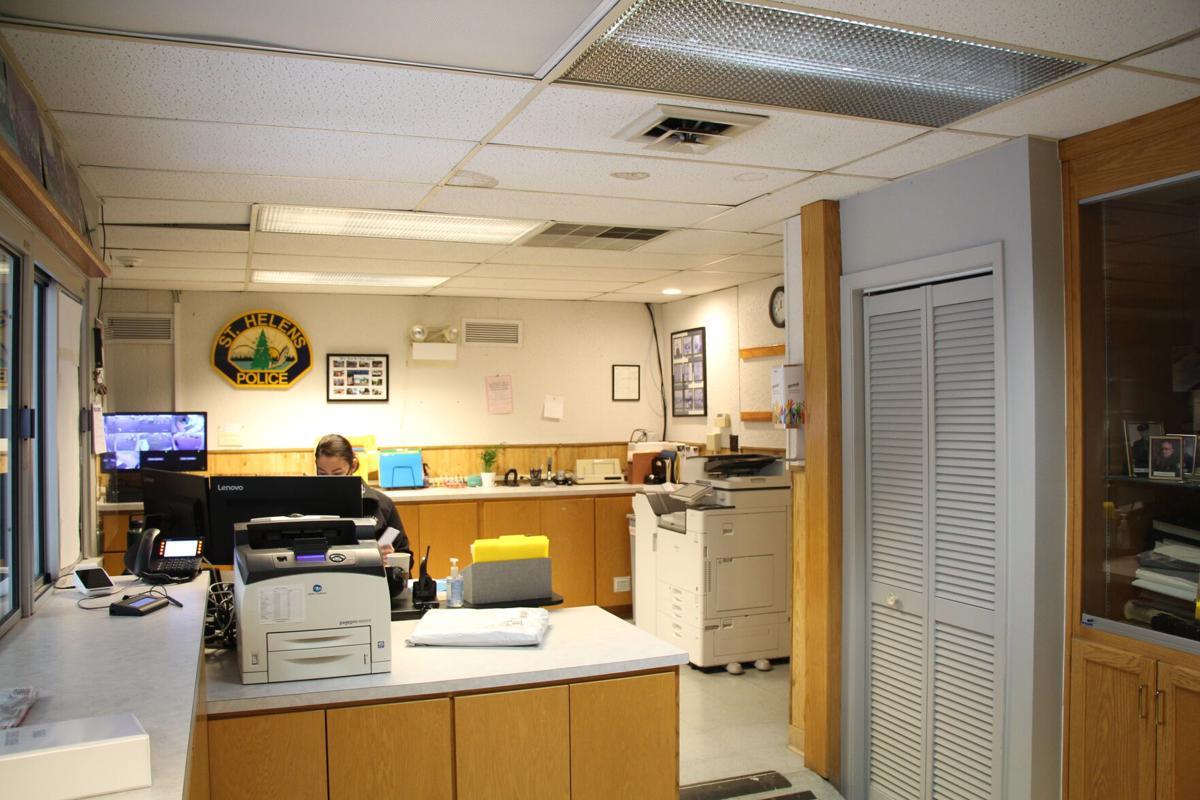 This is the front office area of the current St. Helens Police station. 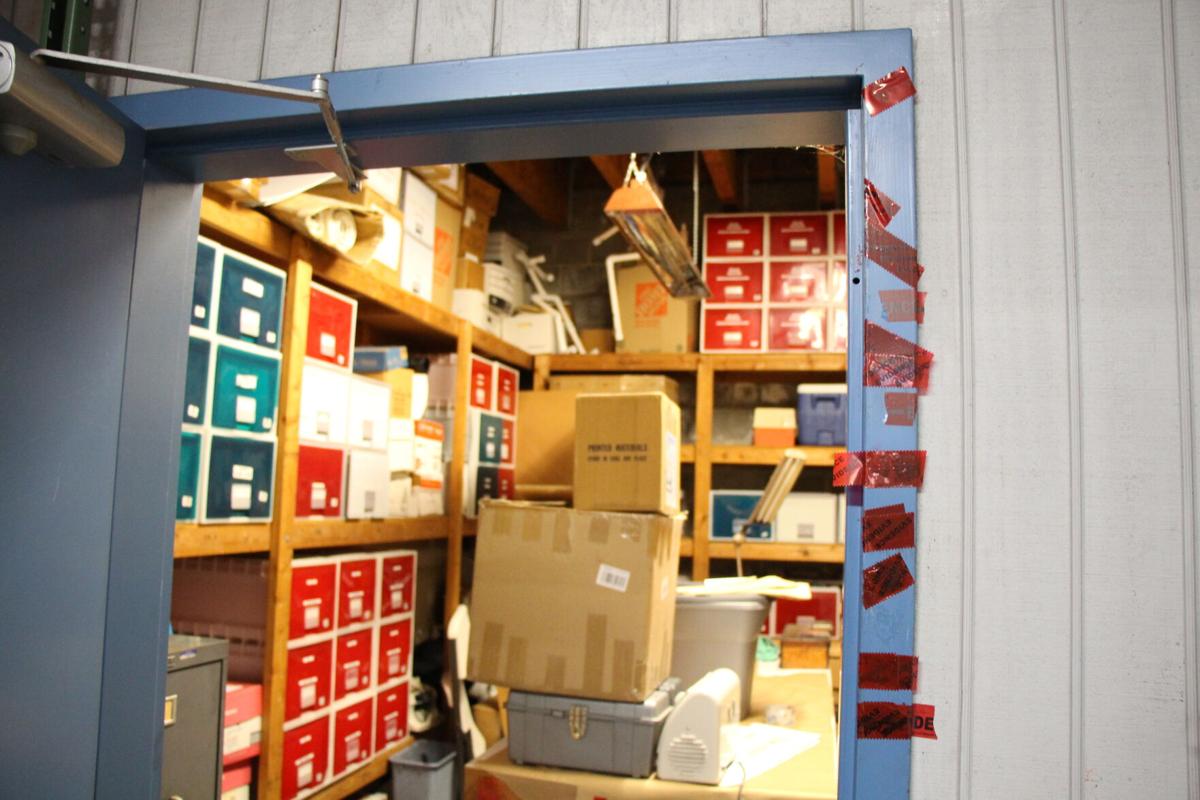 A look inside the evidence locker at the current St. Helens Police station.

In the quest to fund a new public safety facility, the city of St. Helens has launched a series of tours of the current police station to demonstrate the need of an updated and enlarged facility.

The idea is to garner community support for the facility, the construction of which may be funded through a $6 to $11 raise to city utility bills.

For St. Helens Police Sergeant Jose Castilleja, the need for a new facility is rooted in the needs of the community. He said that many residents don’t visit or interact with the current police station until they have been victim to a crime or traumatic event, and the confines of the building limit privacy at a time when people need privacy.

For example, the public entry is around an 8-feet long and 4-feet deep room with a counter and difficult to ensure privacy when more than one person is speaking at the counter, he said. The interview room is also small and sterile and cold— features that don’t put a child or victim of assault or trauma at ease, he said.

“When this structure was built, I’m sure it was state of the art,” he said. “Since then, the department has outgrown the facility.”

The department employs 23 staff members in the 2,200 square foot building. The proposed public safety facility would expand to 22,000 square feet and include space for the municipal court, city council chamber and a community room.

The city hasn’t put an official price tag on the building, but the architecture firm working on estimates expects it to be between $15 and $19 million, according the project website. Funding for the facility may come from a public safety fund which could tack on a monthly fee ranging between $6-$11 on utility bills.

Castilleja said he understands the concern some residents have about signing on to pay higher prices, but for him it comes back to considering what is best for the community.

“It may seem like a giant leap,” he said, but pointed out that the city is expected to grow as he said has happened to other communities outside the metro area.

The proposed facility, 10-times larger than the current police station, is based on anticipated growth of St. Helens, though the city has not released specific growth estimates. The idea is to accommodate future needs and make an investment of the building.

“The longer we wait now, it will just exponentially go up in cost,” he said. “We want to best utilize the monies we have now.”

According to data from the U.S. Census Bureau, the percent change in population of St. Helens in the decade from 2010 to 2019 saw a 5.2% rise, from 12,883 to an estimated 13,739. However, those numbers stray from the estimates the city used, which are population forecasts from the Population research Center in the Portland State University to estimate growth.

The proposed public safety facility is not the first attempt to increase policing space by the city. The police station was set to expand vertically above the garage area in the ’90s but the project never went through. Then in the 2000’s the idea of adding an adjacent building was floated twice but deemed too expensive both times.

“Now we’re here and at some point you have to address it,” Castilleja said. “Kicking the can down the road, it doesn’t work.”

The briefing room doubles as the break room, the kitchenette is the size of a walk-in closet, there are no private offices, the officer changing area lacks enough lockers and separate changing rooms for men and women, and storage space is limited.

The department is using a portable classroom as overflow office and meeting space. The portable was donated to them by the school district just over a year ago.

To schedule a tour of the station or provide feedback on the city’s proposal visit sthelensoregon.gov/administration/public-safety-facility.

St. Helens is working with Mackenzie Architecture to create a template of what a new public …

Discussions about a new facility to house the St. Helens Police Department were advanced tod…

The St. Helens Police Station was built in 1971 and the close quarters have put a strain on police operations, officers say.