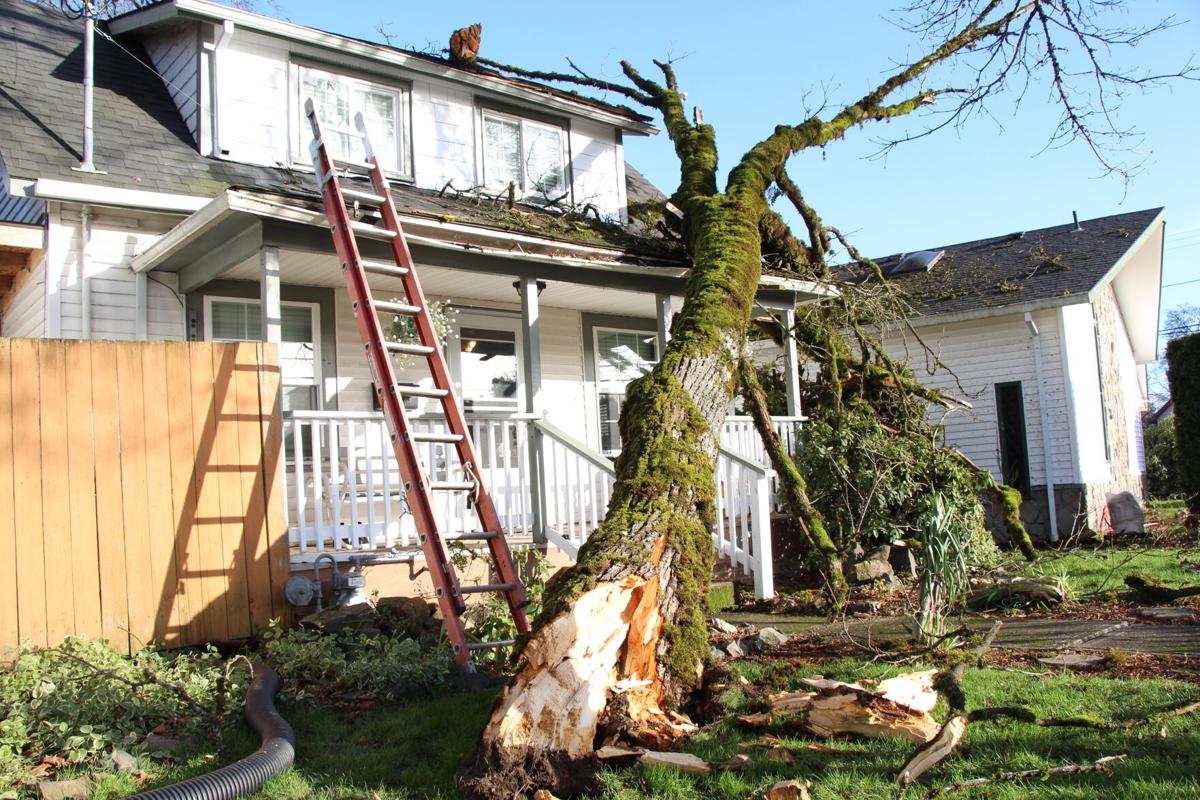 This large branch broke off an adjacent tree and came crashing down on the front of this home in St. Helens. 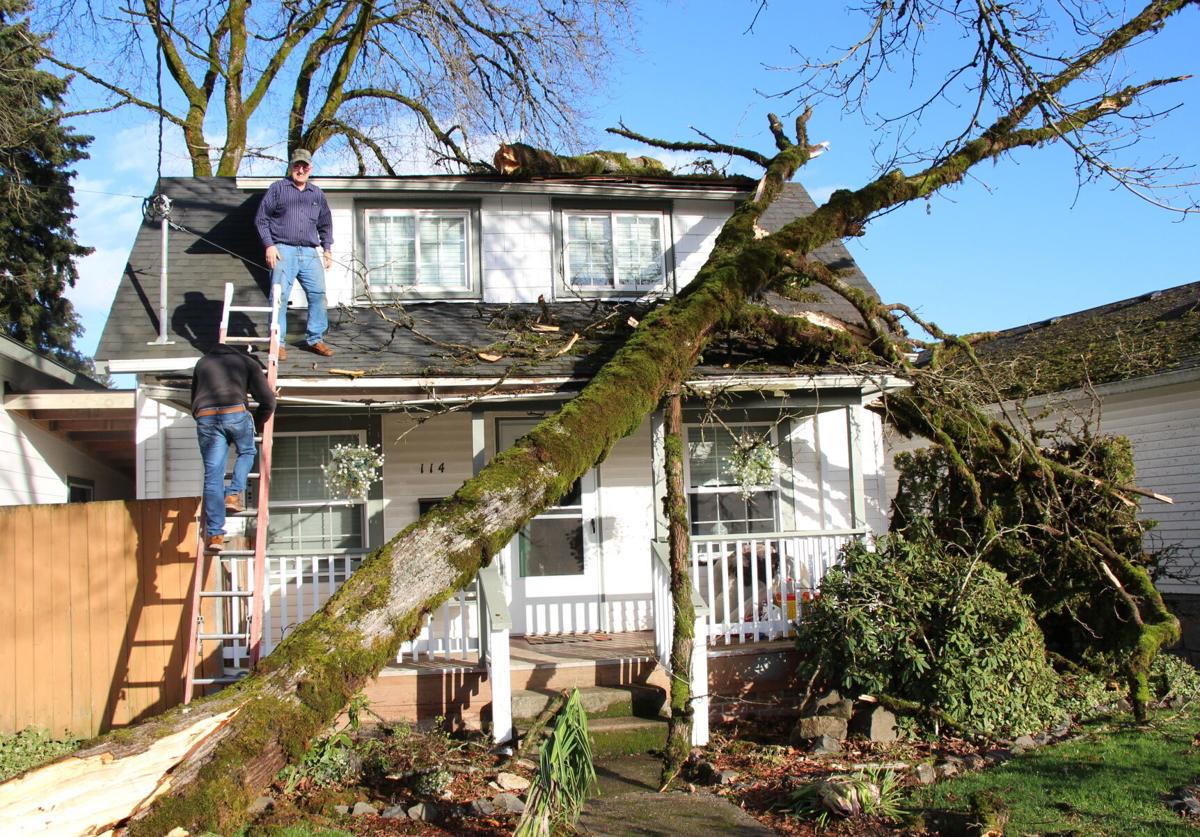 Clyde Barlow, on roof, takes a look at the large branch that slammed into his home during the wind storm.

Clyde Barlow has lived at his home at 114 North Vernonia Road in St. Helens for 40 years and this was the second time he has had a serious encounter with a wind and rain storm.

"At about midnight last night we heard this tremendous loud bang and then the lights when out," he said.

At first, Barlow said he thought it was something happening down the street. But his wife went to the front door and looked outside and told him there was a tree on the house.

Barlow said the crash knocked items off the shelves in his home and broke portions of the porch and the front of the home. Barlow said fortunately, no one was hurt during the crash.

The house had been built before 1900 and Barlow estimated the nearby tree where, the branch was ripped off by the wind, was about 100 years old.

Barlow estimated the branch that struck his house is about 20-feet long and about 18-inches thick.

On the side of the house, the large branch knocked a gutter off the house and debris cluttered the space between Barlow's house and a next-door church.

Barlow will have a tree expert and insurance adjuster come by to determine the damage estimate and decide if the tree itself should be removed.

The first encounter with wind storms and Barlow came about five years ago. He had parked his truck in the church parking lot and after emerging from services, he couldn't find his truck. In its place was a large tree knocked over by the wind.

The tree had fallen onto my truck," Barlow said. "It was totaled. So, this tree into the house was not my first encounter with wind storms. I can’t believe it. Two times in the last five or six years.”