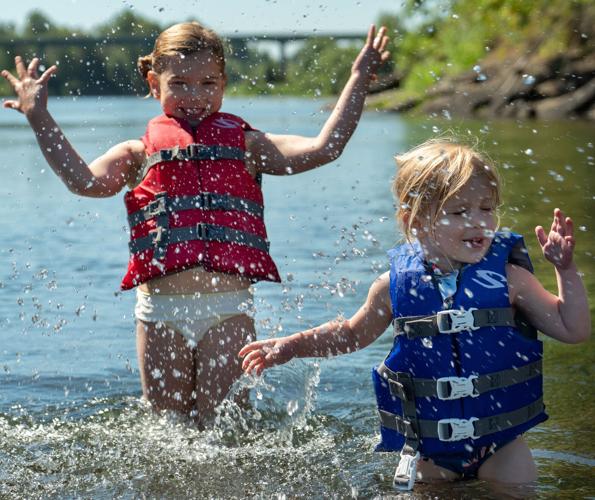 Children are naturally attracted to water and keeping a sharp eye on them at all times is very difficult. Having children wear life jackets helps remove some of the worry. 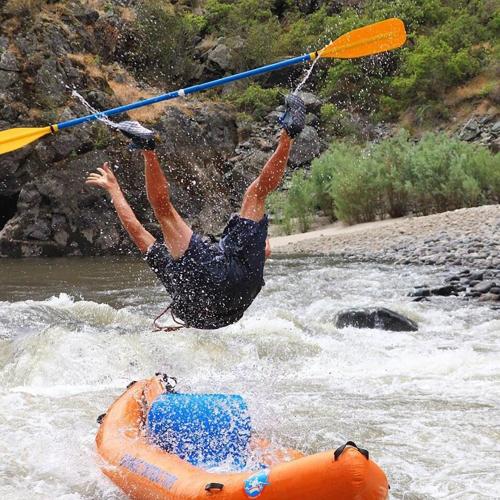 Most accidents and fatalities on Oregon's waterways are due to falling overboard, collisions, operator error/misjudgment, and reckless behavior, according to the Oregon Marine Board.

Memorial Day weekend is traditionally the opening of the summer season. And this year, popular waterways and Oregon’s beaches are expected to be crowded following the easing of restrictions following the COVID-19 pandemic.

State and local marine patrol crews and the U.S. Coast Guard have issued advisories about the dangers that come with the enjoyment of waterway recreation.

Columbia County Sheriff Brian Pixley said it is critical that boaters on the Columbia River use common sense and pay attention.

“They may not be aware of the local boating rules and regulations,” he said. “It’s important for boaters to always wear their life jackets when on the water and be aware of their surroundings, especially in high traffic areas. Be watchful for swimmers and kayakers. They could be easy to miss.”

The Columbia County Sheriff’s Marine Patrol uses education first as a key to keeping everyone on the Columbia safe.

Columbia County Sheriff’s Lt. Shaun McQuiddy said the most common violations made by boaters include safety equipment, navigational, and registration type violations, with fines ranging from $110 to $440.

Pixley said some boaters may be influenced by pent up emotions triggered by the pandemic restrictions, and less mindful of the impact of alcohol and other intoxicants.

“Alcohol can affect people quicker and stronger during the summer weather,” he said. “We urge people operating boats not to do so under the influence of alcohol and other intoxicants.”

The fine for boating under the influence is $6,250 and up to one year in jail.

According to Pixley, speeding on the river is also a frequent violation.

“We see a lot of people violating the No Wake Zone, so boaters need to be aware of that zone between the city docks and Sand Island and in the Coon Island area.”

“We do not confiscate their boat when violators are arrested. The Oregon Marine board could revoke the boaters’ card.”

“It is more difficult for people under the influence to operate a jet ski because of the balance required,” he said.

Under Oregon law, only those over 16-years-old are allowed to operate a jet ski.

McQuiddy emphasizes that boaters need to be prepared for the dangerous areas of the Columbia River. He said during the summer, one of the most dangerous areas are the densely populated areas near Sauvie Island and Sand Island.

“In these densely populated areas, operators need to be on alert and cautious as they are operating boats in close proximity to others,” he said. “Most importantly, boaters need to know and be aware of the waterways and the hazards that may be there. As a boater you need to know how the tide affects the water, know the current, and other known hazards above and below the water.”

For those heading to Sand and Sauvie Island for swimming, Pixley urges precautions.

“The water gets very deep, very fast,” he said. “Swimmers need to be mindful of the current and of boats along the waterway. Out in the weather, the effect of alcohol and other intoxicants intensifies and swimmers need to be conscious of that.”

Pixley urges parents engaging in activities along the waterway to be watchful of their children.

“A child can be in danger playing on the docks and not being supervised and running into the water,” he said. “The tide is pretty fast and pretty strong. The water is still cold. People typically aren’t aware of how cold the water can be and that can lead to hypothermia.”

Anticipating thousands to converge on the Columbia River this summer, Pixley offers this safety summary.

“People need to be boating and swimming safely,” he said. “It is terrible when we have to respond to a drowning and a boating accident, so we are preparing for the worst and hoping for the best.”

“Life jackets are the most important piece of equipment and significantly improve your chances of survival,” she said. “In 2021, there were 19 recreational boating fatalities. Eight of the victims were wearing life jackets however, the conditions involved extenuating circumstances in the ocean and whitewater rapids. It is likely that 11 of the victims would have survived their incidents had they been wearing a life jacket.”

First responders that have jurisdiction along the Oregon Coast also urge beachgoers to be aware of the hiking dangers along steep slopes and cliffs. They also urge parents to keep a close watch on youngsters digging in the sand. Sand holes can easily collapse and trap children.

The Columbia County Marine Patrol is funded though the Oregon Marine Board (OMB).

Columbia County received $217,469 for the current fiscal year (2021-2022) and for the next fiscal year as well (2022-2023), according to the OMB. The funding is dedicated to marine law enforcement and related activities, such as program administration.

Oregon’s funding is entirely provided by recreational boaters – the Marine Board gets no general fund tax dollars. Funds come from boat registration and titling, motorboat fuel tax, and federal dollars distributed by the US Coast Guard.