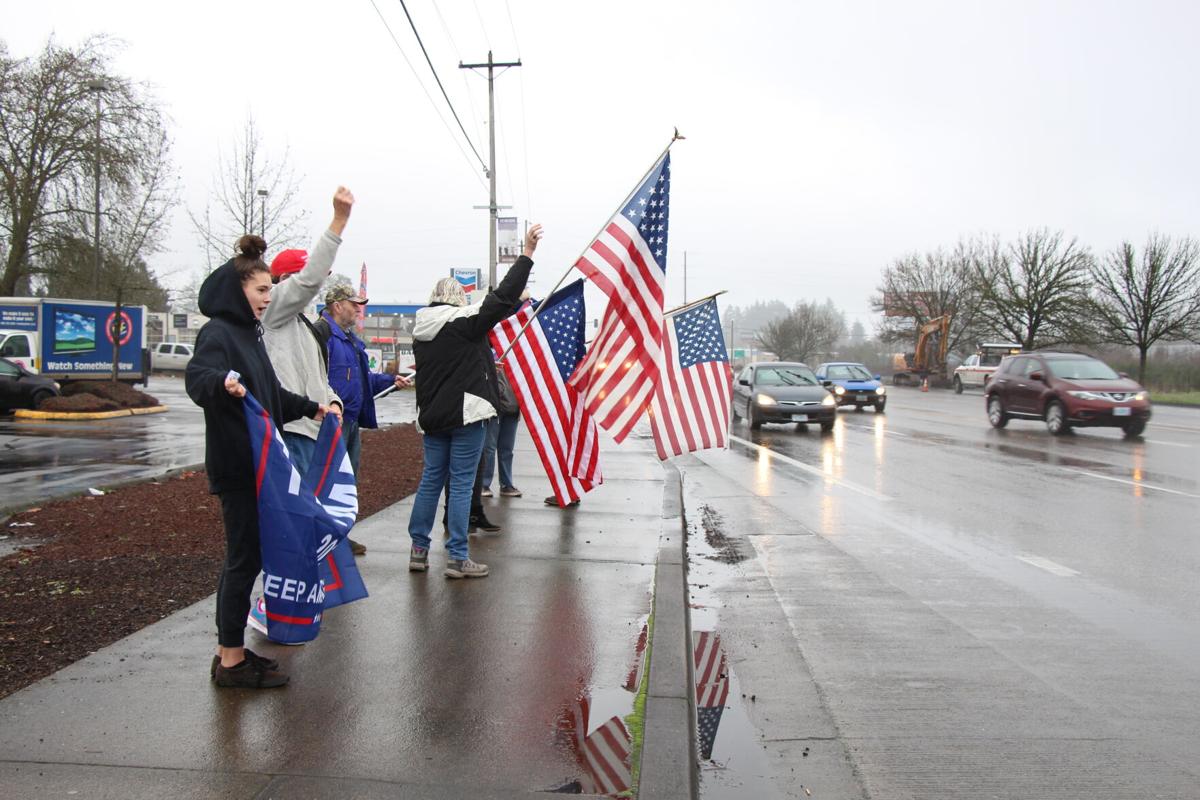 President Trump supporter wave at passing cars during the rally in St. Helens. 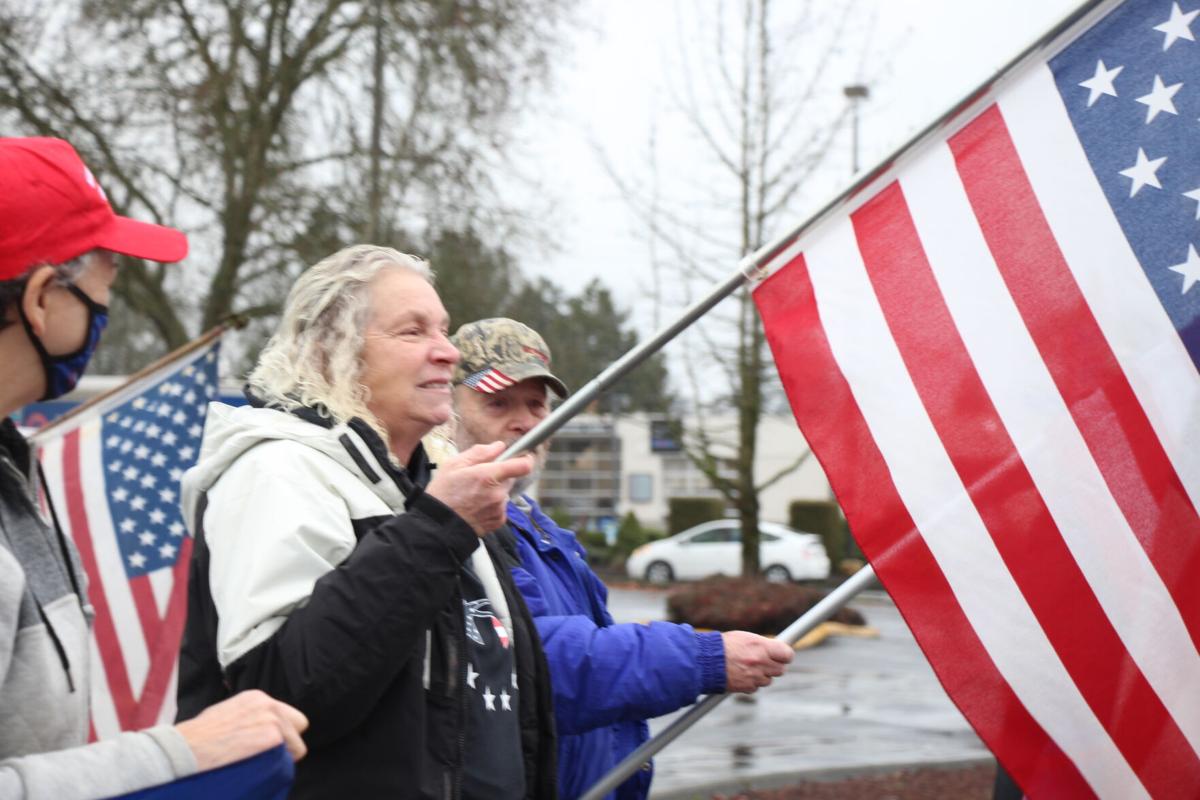 The chaos and disturbance played out over live televised media reports Wednesday afternoon. Striking photos show officers and security guards with guns drawn as the crowd moves into the chambers.

Congress members have been evacuated. President Trump had not made any public statements to quell the disturbance as of 12:30 p.m.

President-Elect Biden calls for President Trump to "step up" and stop the disturbance.

Trump issued a video statement at 1:20 p.m. asking people taking part in the disturbance to go home in peace.

"This is their attempt to invalidate the election. We’re looking at an attempted coup being egged on by a minority of the Republican party and Donald Trump.”

“What’s happening today in our nation’s Capitol is a direct assault on democracy, a riot by insurrectionists that caps off four years of Donald Trump fanning the flames of fanaticism. Every Republican lawmaker who supported his efforts to overturn a legitimate election shares responsibility for the violence at the heart of our democracy.

All Americans must be able to elect House and Senate members safe in the knowledge that their views will be represented in civil debate here in Congress without mob rule ever squelching that discussion.

As a steadfast defender of the First Amendment, I will always support peaceful protest even if I disagree with the views that are expressed. This is far from peaceful protest. But I thank the Capitol Police for their courage protecting all elected officials from criminals bent on destroying democracy. And I very much look forward to resuming the urgent work for our country, as soon as possible.”

In St. Helens, a small group of Trump supporters gathered along Highway 30 at the Safeway shopping center holding American flags and waving at passing vehicles.

"I am protesting the rigged election and to support President Trump and the American values that created this great country," she said.

No federal courts have upheld any allegations of election interference.