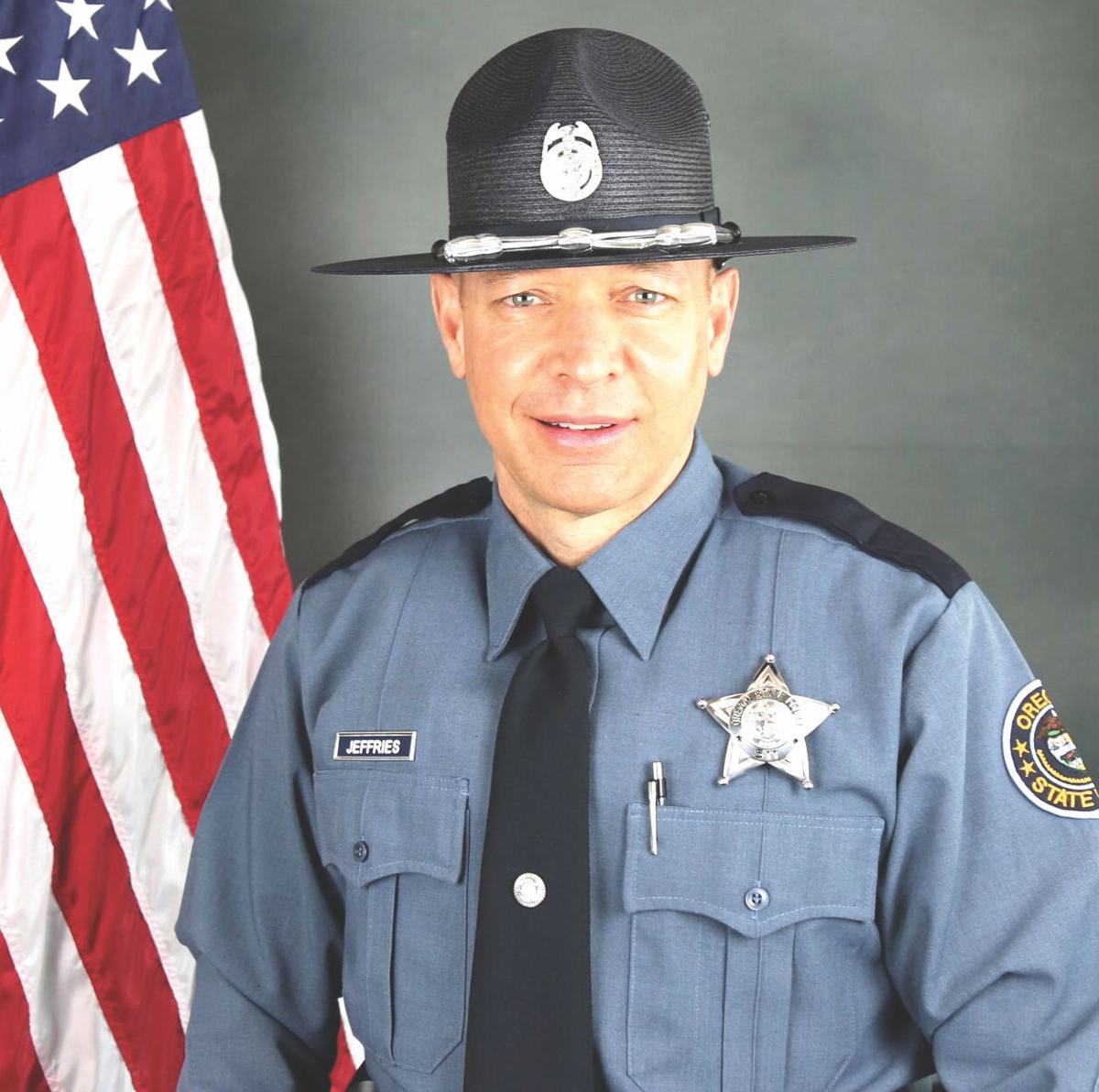 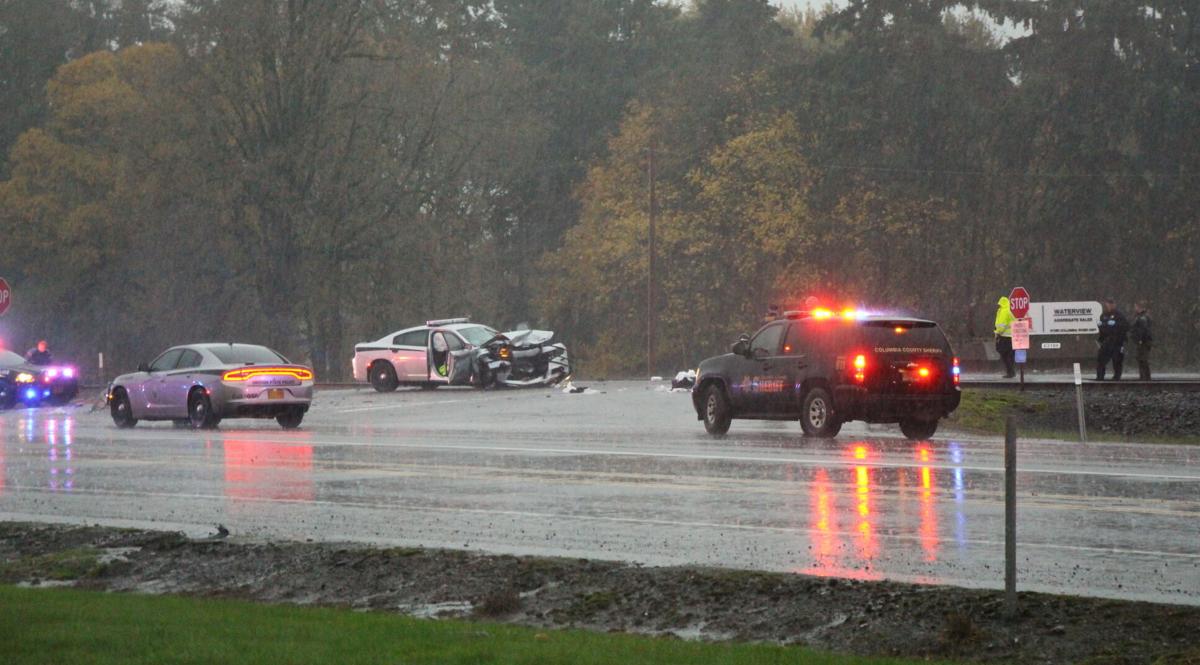 “He is receiving excellent care and we continue to hope for the best possible outcome,” Bigman said.

On Nov. 11, Jeffries sustained critical injuries from a crash on Highway 30 involving a suspect of an alleged robbery.

Longview Police officers attempted to pull over suspect John Thralls, who was alleged to have committed a robbery in a domestic dispute. Thralls failed to yield to law enforcement, driving so recklessly that the officers terminated the pursuit out of a concern for public safety, according to Columbia County Sheriff’s Office (CCSO), the lead investigation agency in the case.

Thralls’ vehicle was spotted heading over the bridge from Longview into Rainier and dispatch radioed Columbia County Sheriff’s deputies and other law enforcement of the vehicle’s direction.

On Highway 30 near St. Helens, Jeffries and a second officer had exited their patrol car to deploy spike strips, when Thralls drove directly towards them at a “high rate of speed,” court records show.

Jeffries warned the second trooper of the oncoming vehicle before it plowed into the second trooper’s patrol car, the impact of which pushed the car back 20 feet, striking Trooper Jeffries and causing him to be thrown into the air landing a distance away, suffering a head injury, according to court records

At the hospital, the defendant informed Beaverton Police Detective Chris Crosslin he intended to take someone “with him” if he were to die in the police chase, the court document states. Thralls has a criminal long history that includes a previous felony elude case in Columba County.

Thralls was transported to Columbia County Jail Nov. 18, booked, arraigned and indicted on three charges of Attempted Murder, one charge of Assault I, and one charge of Fleeing or Attempting to Elude Police Officer(s) in a vehicle. A spokesperson for the jail said he remains in police custody and is being held on $5 million-dollar bail, as of Monday, Nov. 29.

Columbia County District Attorney Jeff Auxier argued for the presumptive bail to be raised from $350,000, citing Thralls’ extensive criminal history and previous failures to appear in court as cause for the increase.

According to OSP, Jeffries had spent 20 years working for the FBI before signing onto a position with Oregon State Police in March of 2021.

“As a young man, (Jeffries) joined the FBI with a mission to serve his country. As a case agent, pilot, firearms instructor, and SWAT team member, John served with honor. He was an agent’s agent – first in the door and always doing the right thing in the right way. He was a respected leader, and his retirement in 2016 was a loss for the FBI,” the agency stated.

“John’s call to service didn’t end there, though. This year, John was driven by a sense of duty and purpose to join OSP as a new trooper, completing Oregon’s law enforcement academy alongside men and women who were as much as 30 years his junior.”

Jeffries was training as a new recruit at the time of the Nov. 11 incident, after graduating from the academy only a week prior to the crash. Trooper Cowen, the OSP trooper on duty with Jeffries, was his field training officer.

Cowen told Hillsoboro Police Detective Pat LaMonica that he could have struck and killed by the defendant, if not for Jeffries’ warning, according to the court records.

Anyone wishing to send good wishes to Jeffries, is asked to do so via email at ospsocial@osp.oregon.gov or via mail to Oregon State Police, Attention Trooper John Jeffries, 3565 Trelstad Ave SE, Salem, OR. 97317.