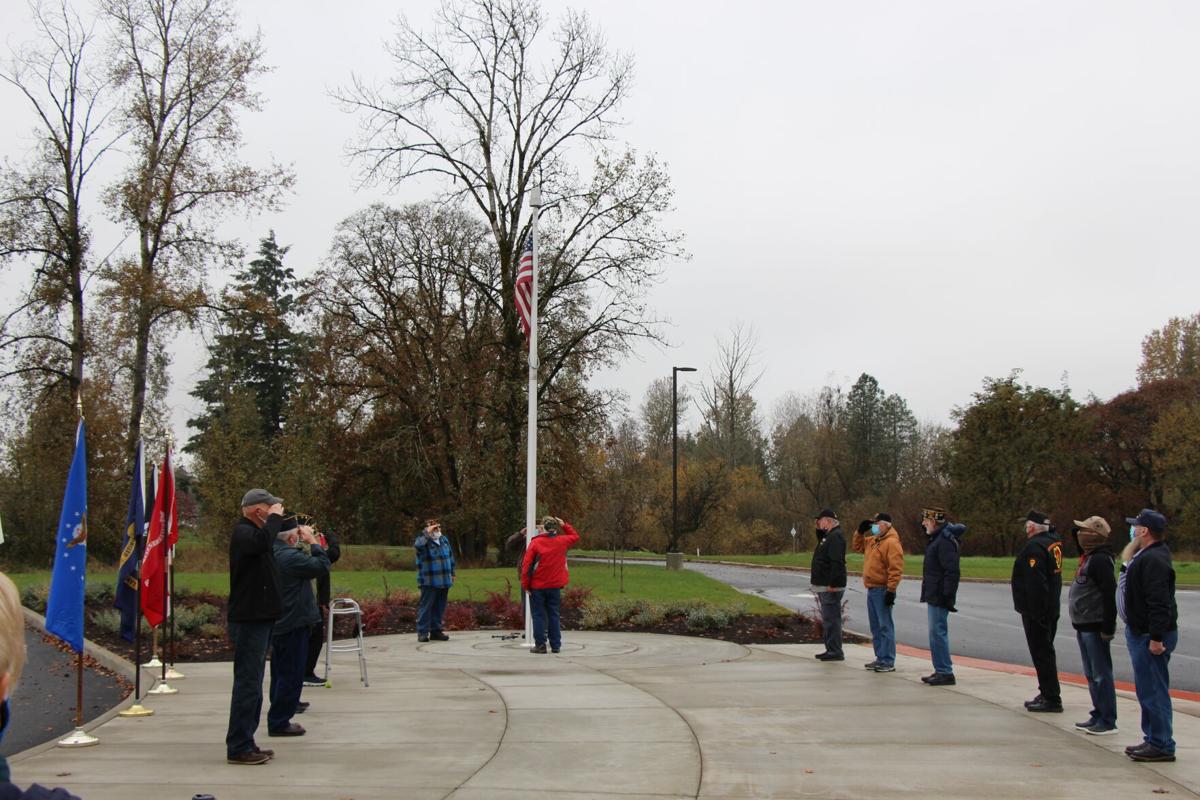 For many, the outdoor ceremony was a way to pay respect and still follow public safety guidelines. Annual events were canceled, but groups in town combined efforts to organize the drive-through, outdoor event. 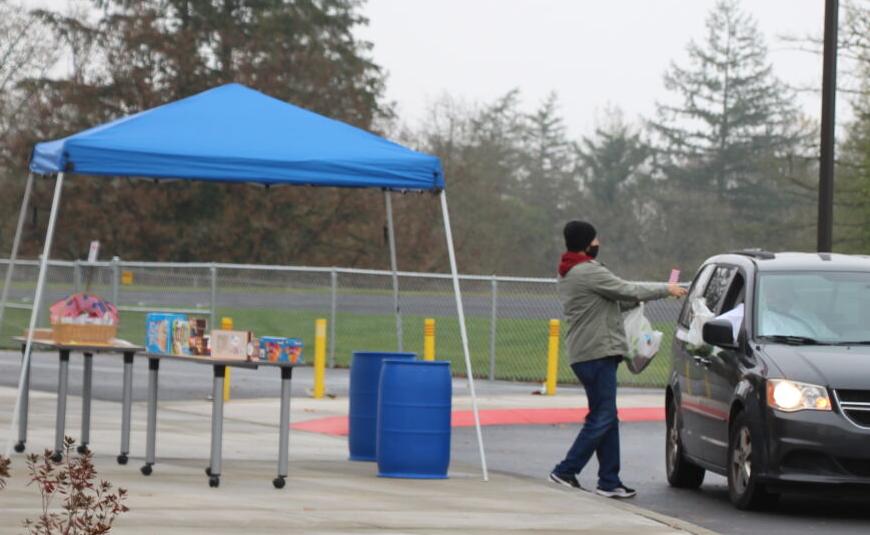 Those riding in cars that came through to donate goods or money were given American flags.

A flag raising ceremony was held at 10 a.m. on Veterans Day, Wednesday, Nov. 11, at St. Helens Middle School to honor all those who have served the country.

The ceremony was held outside and gathered a small crowd of veterans and community supporters. In the bus loop of the school, cars were able to pull up and drop off cash or non-perishable food donations for the Elks Veterans Bunker.

"This is the way we honor our fallen veterans, our friends, people we saw die," Nelsen said. "This is our way of honoring them."

For many, the outdoor ceremony was a way to pay respect and still follow public safety guidelines. Annual events were canceled, but groups in town combined efforts to organize the drive-through, outdoor event.

Veteran and middle school teacher Chris Robitz played a role in bringing the event together. The school usually holds an assembly and has had a history of working with the Elks Veteran Bunker, so he said it came together nicely.

"Veterans Day is everything," Robitz said. "Especially with a small town where so many have given so much."

Bert and Sue Mueller are at it again.