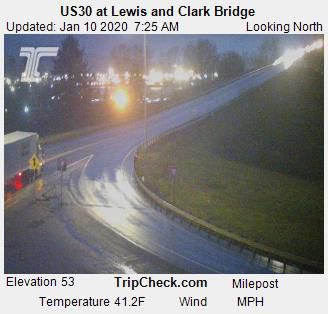 Travel along Highway 30 at the Lewis and Clark Bridge as of Friday morning. 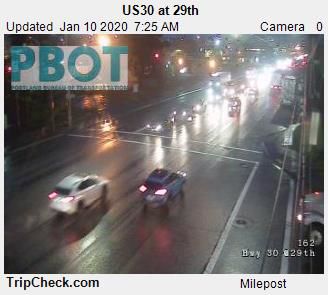 Highway 30 at 29th heading into Portland

Travel along Highway 30 at the Lewis and Clark Bridge as of Friday morning.

Highway 30 at 29th heading into Portland

As a new series of storms moves into Oregon through this weekend and into next week, first responders are urging caution.

A series of weather issues are developing, including strong winds from the coast into Columbia County and significant snow predicted for the Oregon and SW Washington Cascades, with wintry conditions along the Oregon and Washington Coast Ranges

The National Weather Service has issued a Wind Advisory for our area.

South winds 15 to 25 mph with gusts 35 to 45 mph, with the strongest winds over exposed hills.

Gusty winds could blow around unsecured objects. Tree limbs could be blown down and a few power outages may result. Saturated soils along with gusty winds can increase the chances for larger trees to fall over.

There will be two periods of higher winds, the first on Friday afternoon and the second on Friday evening into early Saturday morning.

Very wet and increasingly cold weather pattern for next week, including chances of lowland snow

A long series weather disturbances will move across the Pacific Northwest beginning Friday, and continues through much of next week.

These weather systems will bring periods of heavy snow to the Cascades and the potential for moderate to heavy rain at lower elevations through Sunday. Two significant cold frontal passages are also expected, which will bring lowering snow levels from Saturday night into next week, with an increasing risk of snow reaching the valley floors next week.

Much colder air is expected to spread into southwest Washington and northwest Oregon early next week, potentially cold enough to bring snow levels down to the valley floor. While specifics on accumulation amounts, areal distribution, and/or timing of snow remain uncertain, we continue to have confidence in some risk for low elevation snow next week.

Now is a good time to make sure you are prepared in the event that all of the necessary ingredients come together for low elevation snows and associated travel impacts during the middle part of next week.

Switching: Global to switch from ethanol to renewable diesel

Switching: Global to switch from ethanol to renewable diesel