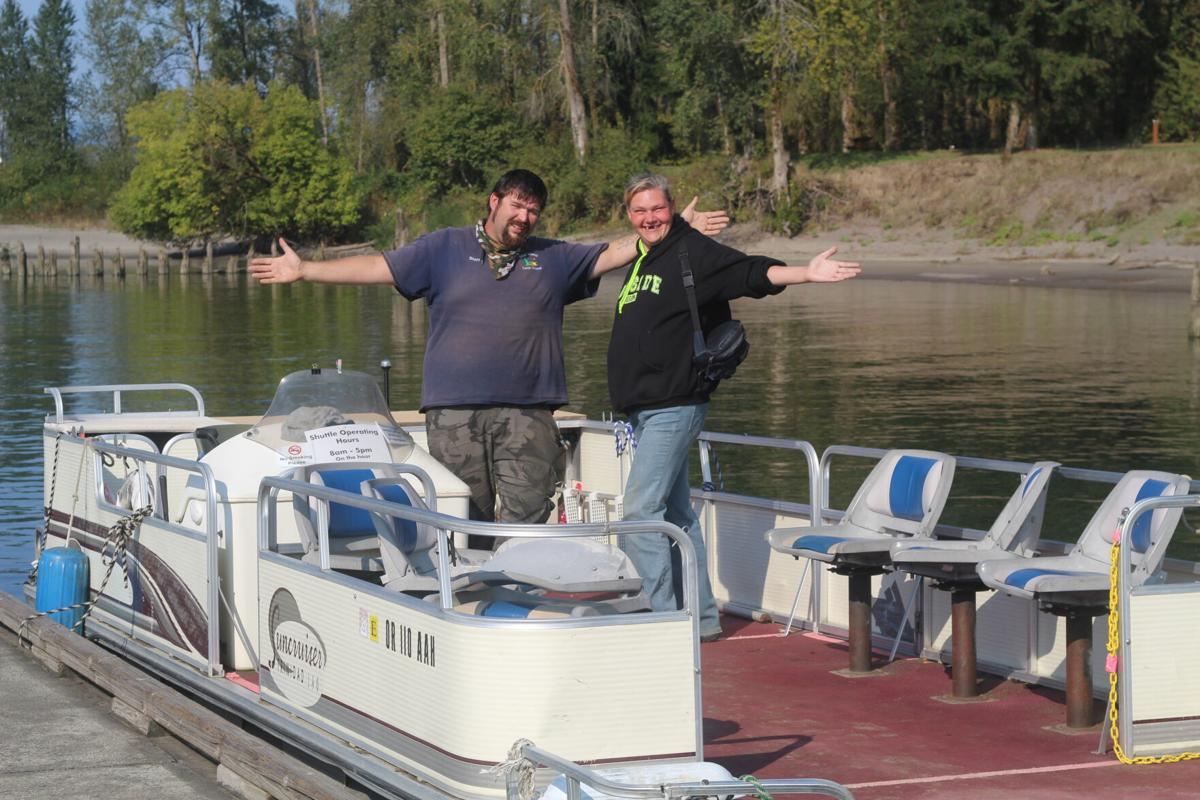 Andrew and Becki Barnard are the camp hosts at Sand Island. The shuttle boat is operated by Andrew and can carry about 1,000 pounds. 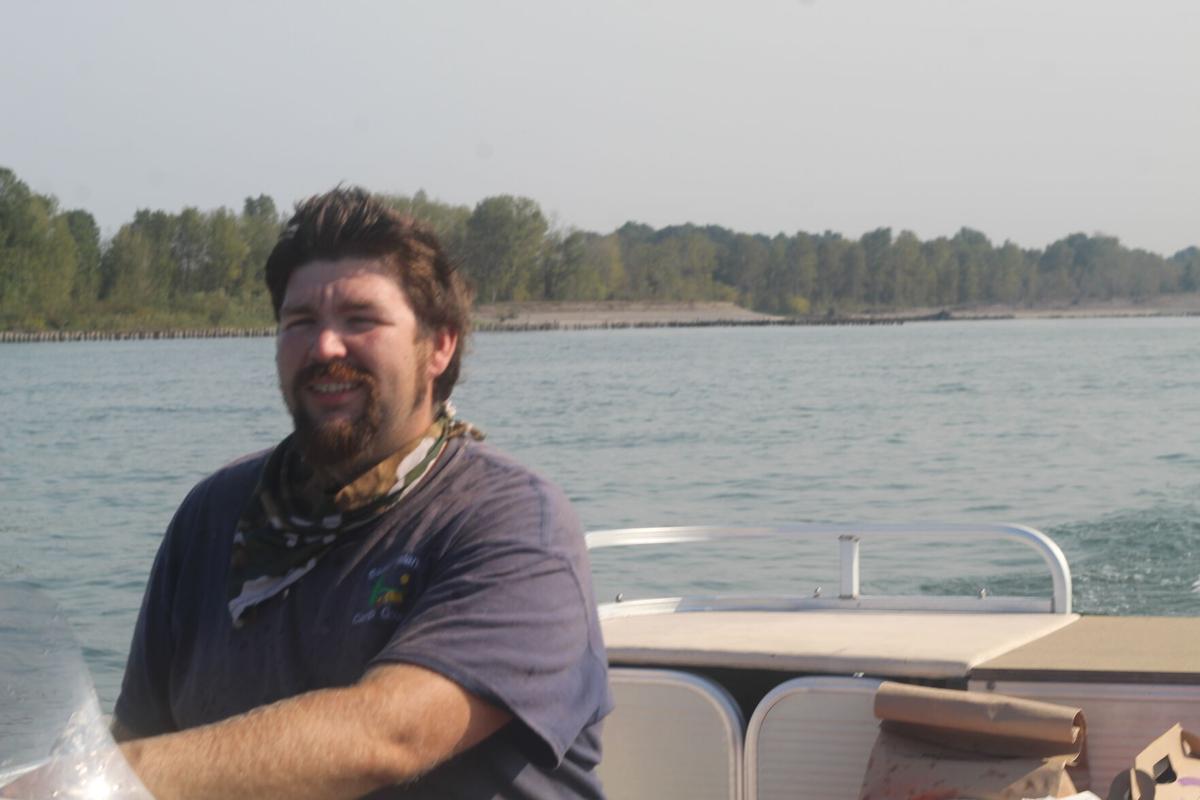 Between the Oregon-Washington border in the Columbia River just beyond St. Helens is an island experience: Sand Island.

Sand Island has long attracted locals and visitors during the hot summer months, but how they arrived on the island hasn’t always been the same.

Until two years ago, the island lacked a consistent shuttle service to bring visitors over. People interested in visiting the island had to find a way to boat out there themselves. When the City of St. Helens allowed two local businessmen to take over campground services on the island in 2019, the job position of camp host and shuttle driver was created.

Who are the lucky two who spend their days boating the Columbia River and maintaining the roughly 42-acre desert island? That would be Andrew and Becki Barnard, married couple and island hosts.

The two, and their kitten Panda, live in a fully off-the-grid outfitted sailboat docked at the island. During the daytime Andrew is on call to shuttle campers back and forth, and Becki stays on the shore to greet new arrivals with a tractor ready to haul gear to campsites.

“We love our customers, they’re amazing, some of the best people we’ve met,” Andrew said.

Before the island sites were developed into a somewhat more formal campsite with dedicated camp hosts, the island was often the site of mischief.

It had become so much of an issue that the topic of party problems came before the St. Helens City Council in 2010. The council described issues on the island that ranged from visitors dragging picnic tables into the water to drunken brawls, according to Chronicle reporting.

Now, the island is a far cry from those lawless days as it is maintained and overseen by Andrew and Becki.

“There’s definitely been a lot of crazy things that go on out here,” Andrew said. “The presence on the island is definitely a good thing. We’ve done major strides to maintain a fun, friendly, family atmosphere out here compared to how it was before.”

The island still has fairly primitive features — a lack of tap water, primarily— but it has continued to draw interest as a private, sandy getaway.

Andrew said one of his favorite parts is getting to know the visitors to the island, and, based on reviews of the campground many people identify Andrew and Becki Barnard as their favorite part of visiting the island as well. This summer he met people from all around the world, who had been traveling to the area and been stuck when the pandemic hit and restricted movement.

“We’ve had a lot of folks who have come out over the season to camp and they come out here and they’re mad, they’re angry, they’ve had a long week and they’re tired,” Andrew said. “By Sunday they’re going home with a big smile on their faces, they love it. It’s a wonderful feeling.”

The man-made island was formed from silt dredged from the Columbia, and in a sense will continue to grow as dredging continues.

There are 61 campsites now, but Andrew expects that number to rise to 78 by next season.

“We’ve done a lot of work to increase the number of sites while still keeping them spaced out enough enough that they’re still a private experience,” he said.

If you know of someone, an agency or business, or a group, that is making a positive difference in our community and would like to see them featured in Who We Are, email details to jruark@countrymedia.net.

Who We Are: Keeping local funeral home alive

Ownership of Columbia Funeral Home may have changed hands, but the local and personal touch is still there.