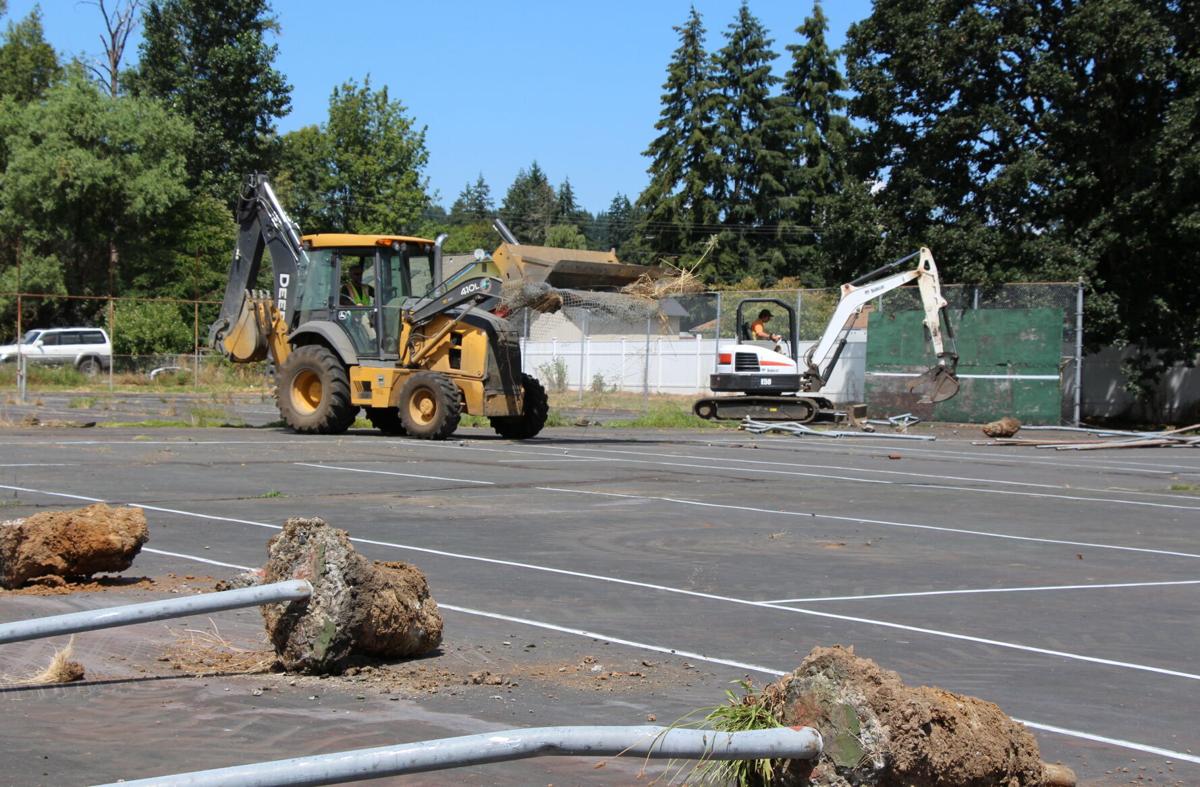 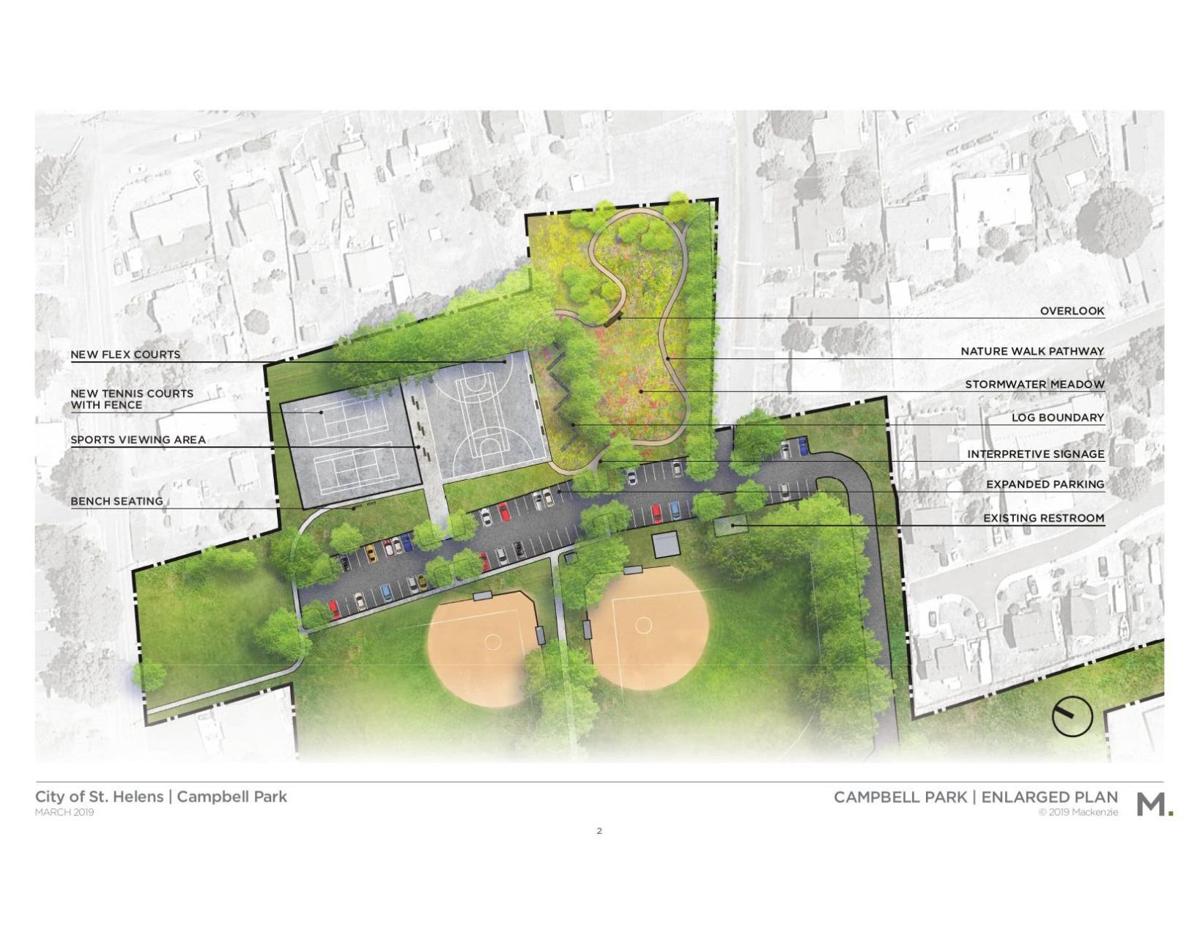 This is a conceptual drawing of the park improvements.

Work on the Campbell Park sports court project has intensified over the past few weeks.

The contractor has been conducting soil stabilization work around the sports courts. This step will help ensure the longevity of the new sports courts once they are installed, according to city officials.

The Campbell Park sports court project will expand parking at the park, install new sports courts, and improve stormwater facilities and ADA access. The work was launched to replace the courts which city officials said had severely degraded since the original construction.

The city plans to replace the four tennis courts and the basketball court at Campbell Park with three new sport courts to accommodate a variety of net sports, and the city council approved an exemption from the competitive bidding process to procure the work due to a lack of bids.

The project is partially funded by a grant from Oregon Parks and Recreation for $187,024. Work completed so far includes demolition of the old sports courts, removal of vegetation around the area, and construction of a new culvert to prepare for expansion of the parking lot by 15 feet to allow approximately 25 new spaces, including two ADA spaces.

In June, the St. Helens City Council approved a contract with Edge Development for the project for a total of $321,020 which includes a contingency amount.

According to St. Helens City Engineer Sue Nelson, the next steps for the project are:

Because of current COVID-related material shortages and delays, Nelson said the entire project is not scheduled to be done until the end of the year.