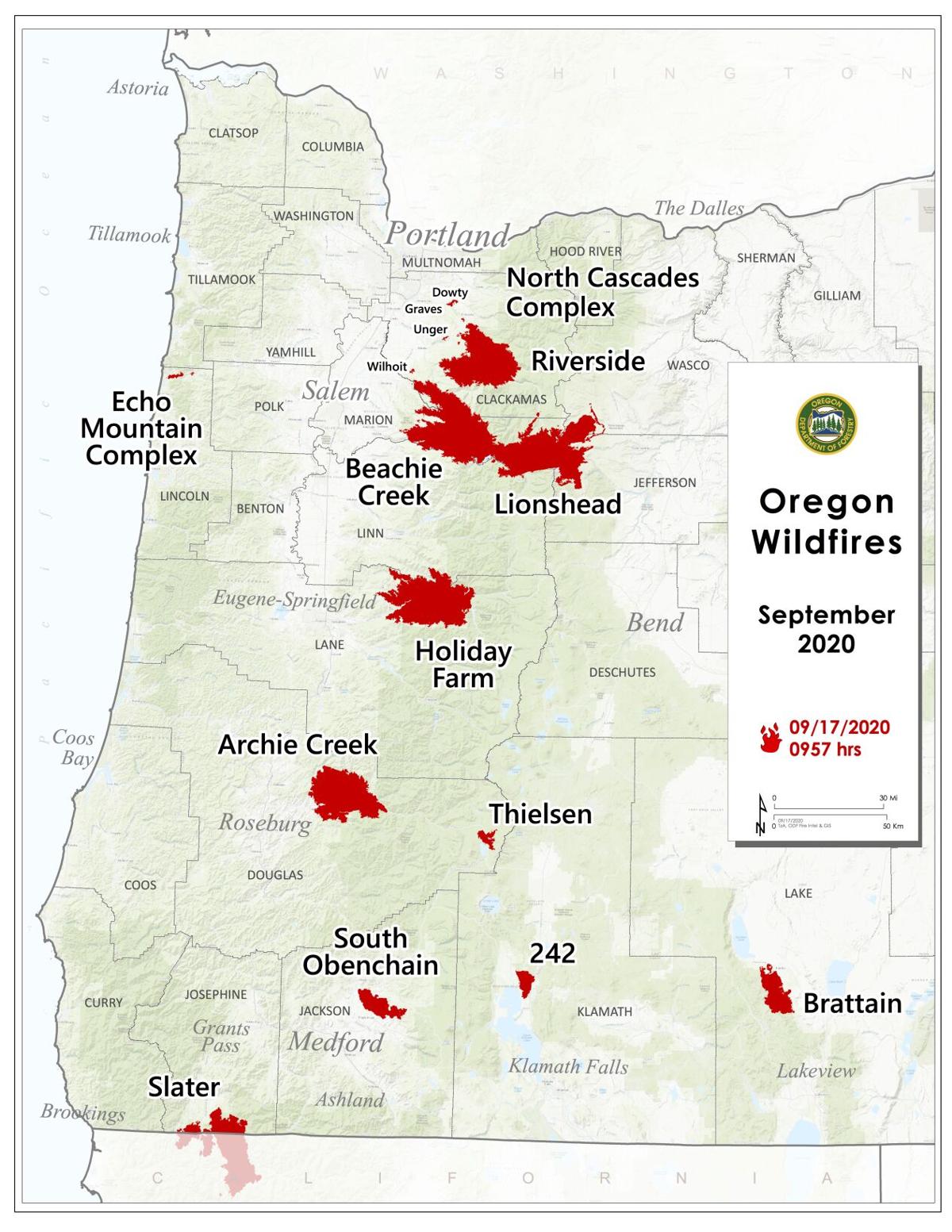 This map shows the current wildfires burning on Oregon as of Sept. 17. 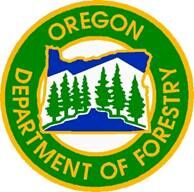 Fire danger in the region remains high despite the shifting weather conditions, according o the Oregon Department of Forestry.

There are about 6,500 personnel assigned to these fires from across the nation and Canada. This doesn’t include the many government emergency response employees, landowners, forestland operators, and members of the community who are contributing to the fight in whatever way they can, according to a release from the ODF.

About 1 million acres have burned in Oregon since the start of this year, which is nearly double the 10-year average of approximately 557,811.

Officials report that eight people have lost their lives in the September wildfires across the state.

Recent moisture on the North Oregon Coast is bringing a sigh of relief to local fire officials, who still have many local fire fighters working around the state on larger fire incidents.

Local fire districts have received a number of public inquires abut the use of chainsaws and lawn mowers.

"Right now is a good time to practice safety and precaution," CRFR states in a Facebook post.

CRFR also said that escaped fires of any kind resulting in property damage or requiring suppression efforts from a fire agency may result in fines and individual financial responsibility for damages caused.

The Clatsop countywide burn ban is still in effect, according to a release from the Oregon Department of Forestry (ODF). However, burning in burn barrels is allowed until 10 a.m. with a permit. No open debris burning until fire season is over.

Non-industrial chain saw use is allowed until 1 p.m. Each saw must have one shovel and one extinguisher (at least 8 oz. capacity), and be equipped with a spark arresting screen along with a one hour fire watch.

The Clatsop and Tillamook State Forests will be re-opening to the public beginning Friday September 18. Campfires are allowed at homes that obtained a valid permit or in designated campsites. Recreationists traveling state forest roads are required to carry a shovel and an extinguisher or one gallon of water.