Oregon Gov. Kate Brown has ordered flags at all public institutions throughout Oregon to be flown at half-staff from sunrise to sunset, September 11, for Patriot Day.

“The tragedy of Sept. 11, 2001 shook our nation to its core," Brown said. "It changed the way we see our place in the world, and brought out some of the best aspects of our humanity, as well as some of the worst. Flags will be at half-staff tomorrow in memory of those who perished on September 11, 2001. I encourage all Oregonians to take a moment to remember those we lost, and honor the brave first responders and volunteers who saved lives. Twenty years later, it remains a day we will never forget, as we recommit ourselves to building a more just, equitable, and peaceful future in their memory."

In remembrance of those lost and to honor the first responders and families impacted by the events of Sept. 11, 2001, the White House has called for a national moment of silence beginning at 8:46 a.m. Eastern Daylight Time. 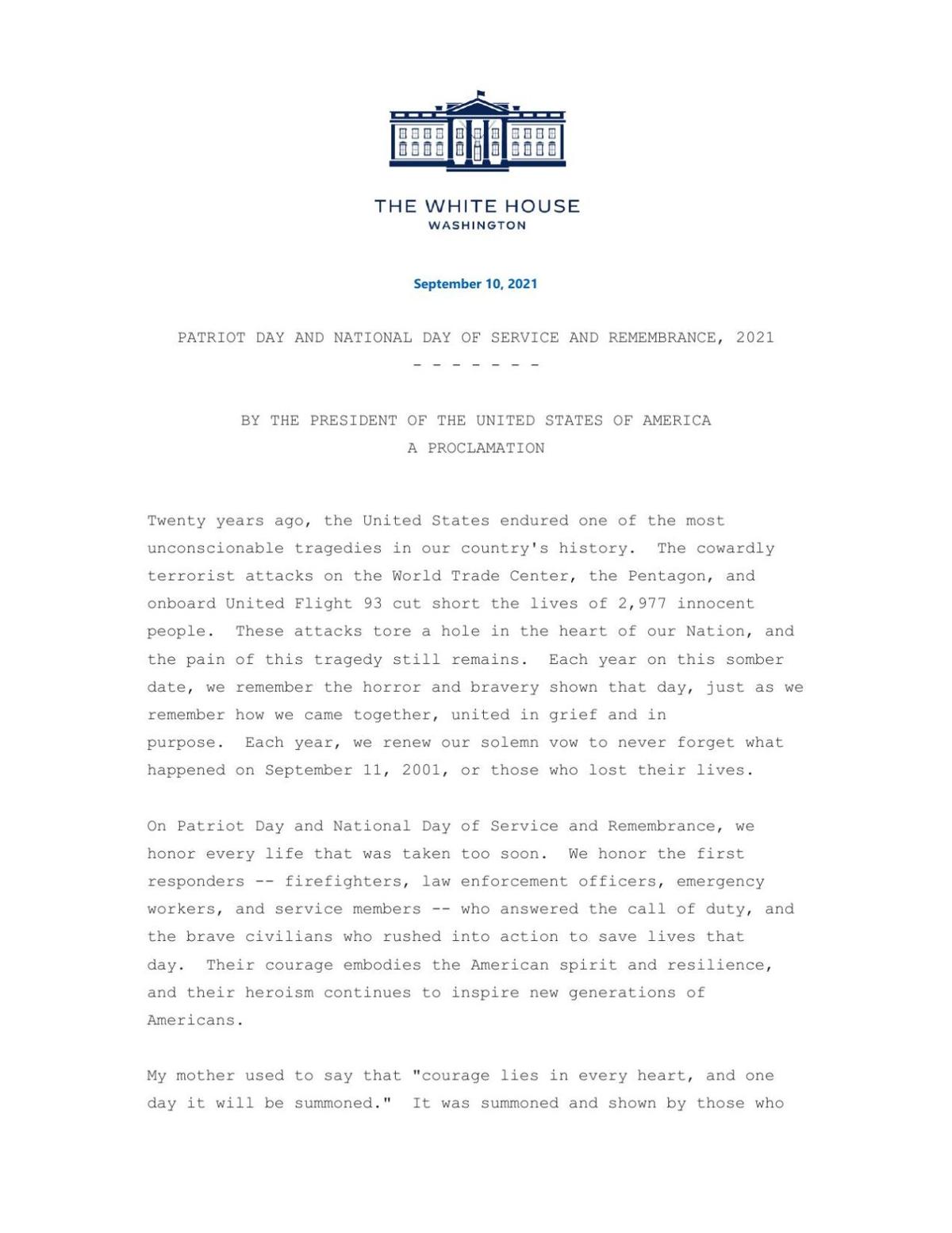