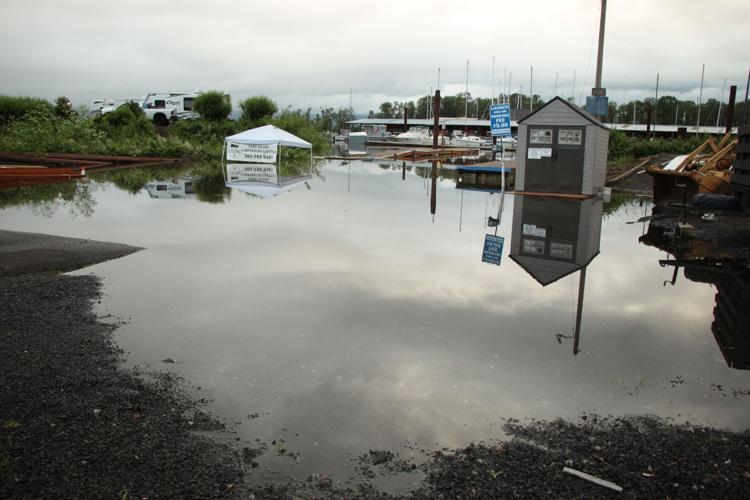 High water at the St.Helens Marina. 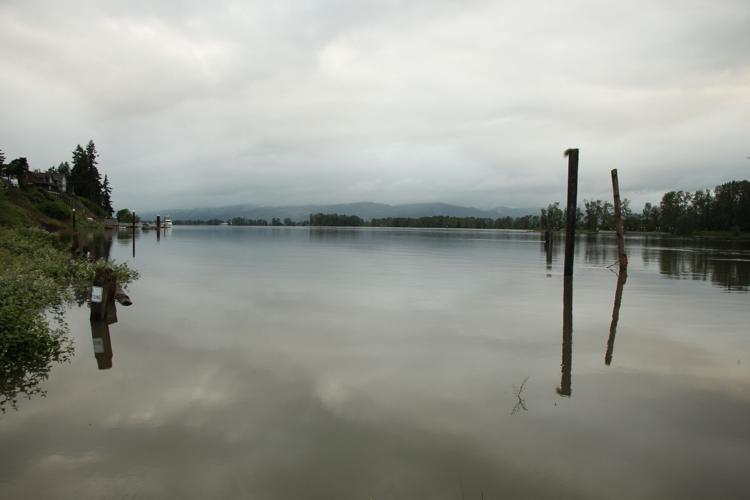 River levels along the Columbia are near flood stage. 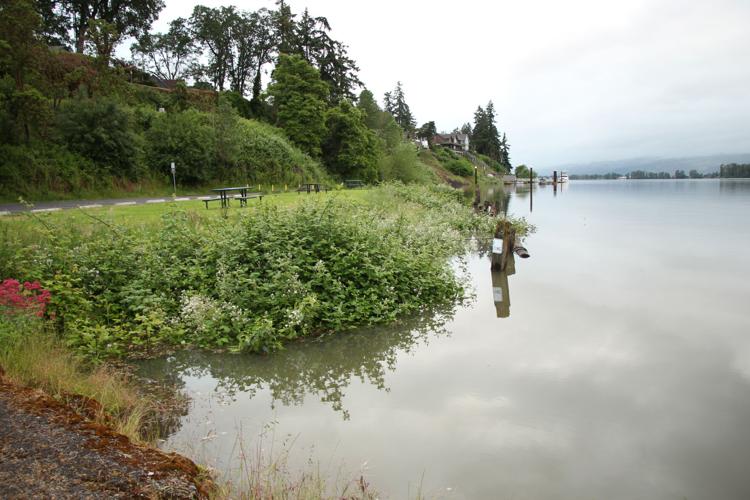 The Columbia River at St. Helens. 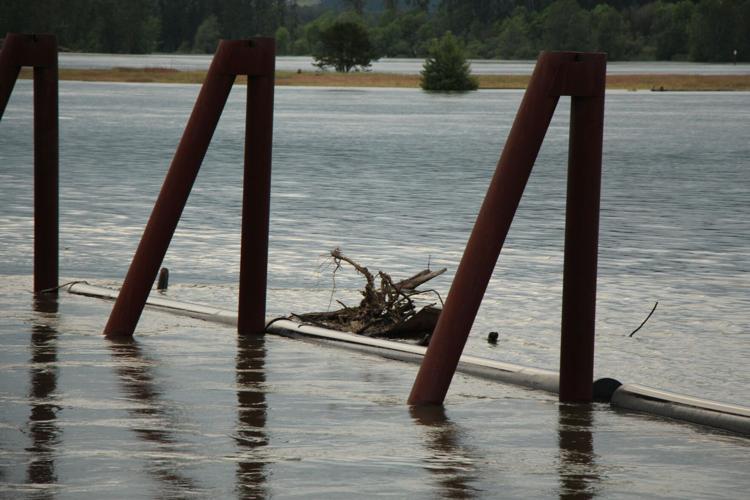 River users are being advised to watch for floating logs, branches and other debris in the high water.

The National Weather Service (NWS) has issued a Flood Warning for the Columbia River at Vancouver, affecting Clark County Washington and Multnomah County in Oregon, until Wednesday afternoon, June 15,

The NWS urges caution when walking near riverbanks and for river users to be watchful for floating logs, tree limbs and other debris.

The Columbia's high river water is expected to slowly recede this week.

Periods of heavy rain over the past 48 hours combined with melting snowpack in the mountains has resulted in rising river levels along the Columbia River.

The National Weather Service (NWS) in Portland has issued a Flood Watch for the Columbia River in the following areas:

The NWS advises that residents and those with interests near the river should monitor rising water levels and be prepared for possible flood warnings.

"If you are in the watch area, remain alert to possible flooding," the NWS advisory states.

The Columbia River at St. Helens is also at higher levels, but not at flood stage at the time of this post. River levels are expect to recede by mid week.

River users are advised to watch for logs and other debris in the river channels and along docks.

Monitor this developing story at thechronicleonline.com