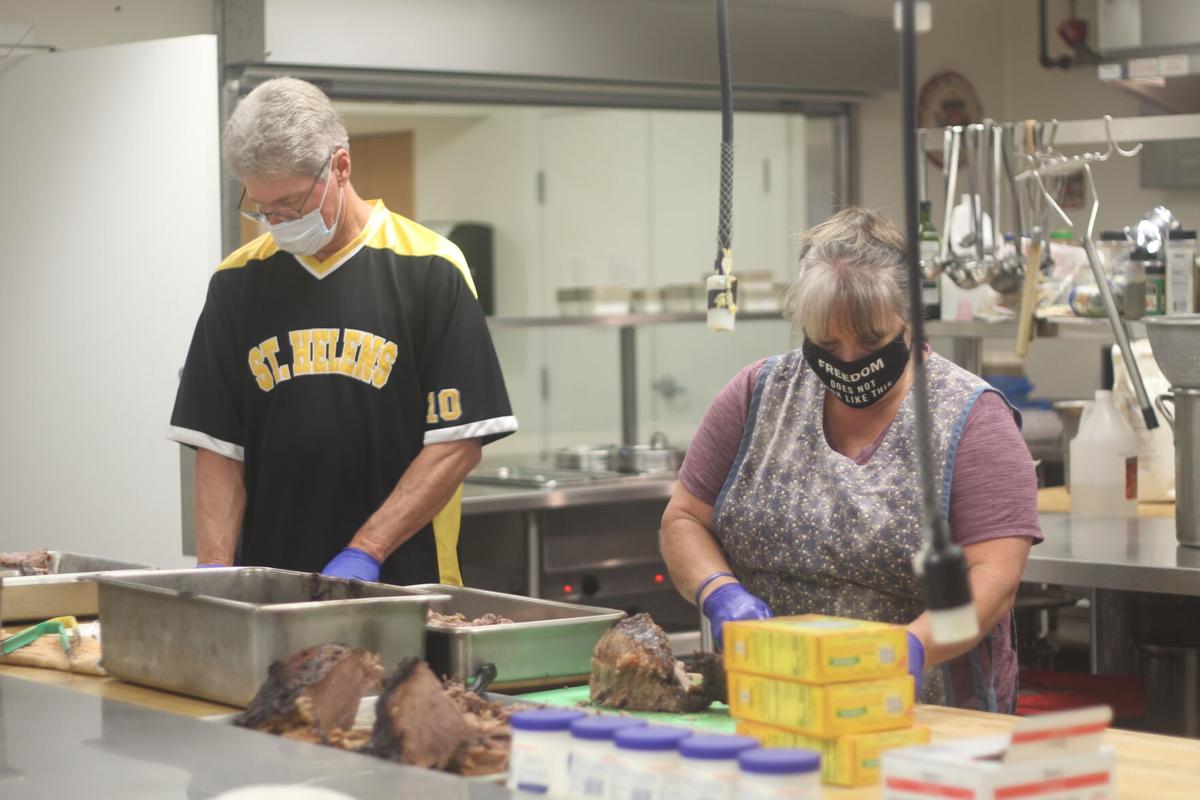 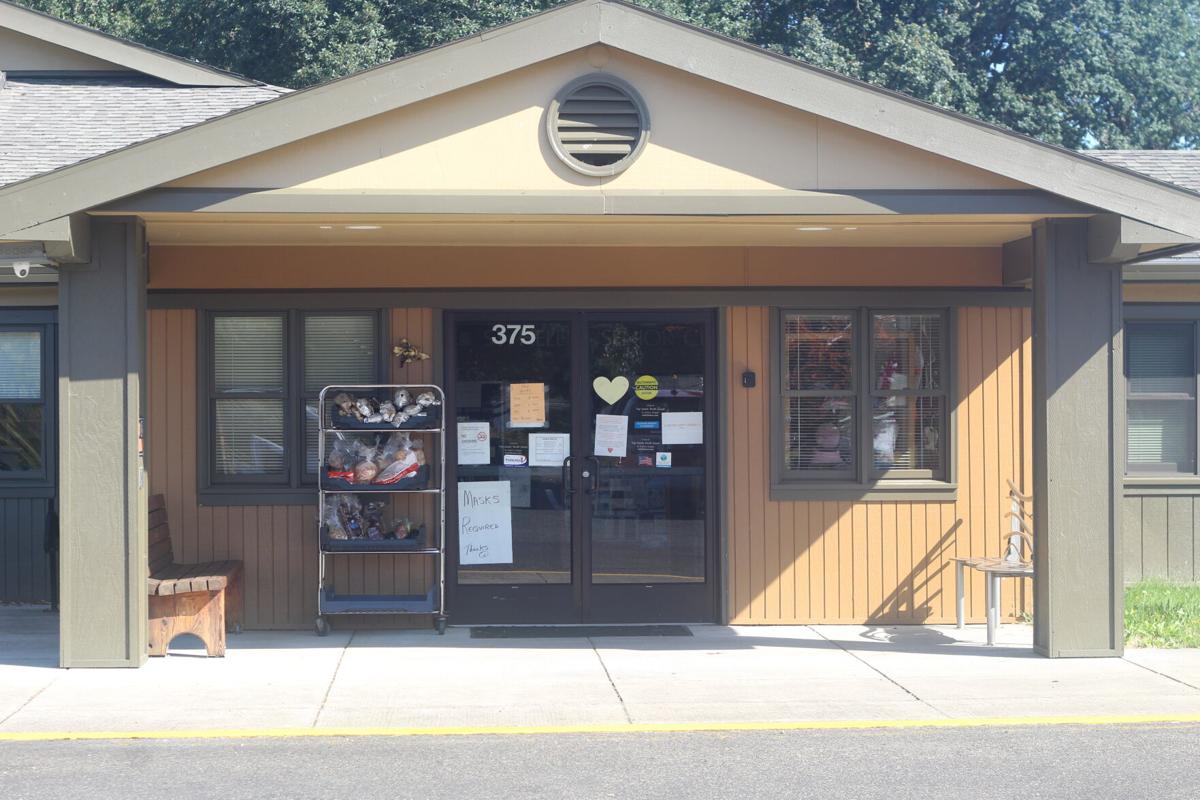 Volunteers and fund raising are making the difference

Earlier this year, the St. Helens Senior Center, located at 375 S. 15th Street in St. Helens, was financially struggling after losing a significant amount of funding from having to close Top Notch, its thrift store, due to the COVID-19 pandemic, and from no longer collecting revenue from hosting events at the center itself.

While the center usually receives about $90,000 per year through the Community Action Team (CAT), federal funding that CAT received was set to run out by the time The Chronicle first published an article in April about the center's financial struggles.

The funding from CAT helped finance the center’s home-delivered meals program, which the center supplemented through the revenue and donations form the activities the center regularly hosted.

Now, the center is doing well financially, according to the center's director Kathy Innocenti.

“We should be able to get through the end of the year with funding we’ve received,” Innocenti said during a presentation to the St. Helens City Council August, 5.

Before COVID-19 hit, the center would host regular dinners, classes and other entertainment events for those 65 and older in the area. Seniors were able to take part in exercise classes, billiards, painting, crafts, pinochle games, bingo, bunko, and computer classes. There were also free blood pressure checks done by a representative from Columbia River Fire and Rescue (CRFR) and an AARP driving class and tax services. The center hosted a guest speaker every Tuesday during lunch and a movie every Wednesday.

Most of those activities have been canceled due to the pandemic.

Before the shutdown, the center averaged 1,600 people within a month. Following the pandemic, the center’s attendance decreased to 350. Within the last few weeks, with a minimal re-opening, Innocenti said attendance is now at about 550.

The losses, combined with the loss of revenue from Top Notch, has resulted in ongoing financial struggles for the center since it closed in March, and particularly the home-delivered meals program, which The Chronicle outlined in the April report.

The center has received almost $165,000 through nine different sources, according to Innocenti. Those sources included several different Facebook fundraisers, a PPP forgivable loan, and drive-through fundraisers.

“It’s a big relief to know we can take care of seniors through the end of the year,” Innocenti said.

The number of seniors the center serves has increased by about 10 percent, Innocenti said, although that is mostly due to an increase in the center’s home-delivered meals since the pandemic hit.

According to Innocenti, the number of seniors served by the home-delivered meals program has increased by 36 percent. Meals in general have decreased by about 14 percent, because the center is no longer serving congregate meals in-house.

Earlier this year, the home-delivered meals program was struggling, having to cut down deliveries to three days a week, on Monday, Wednesday and Friday, rather than the usual Monday through Friday. Innocenti received permission in March from the center’s board of directors to dip into emergency funds to keep the program afloat.

The program is still going on, and still delivering only three days a week, while also delivering a frozen meal with the regular hot meal.

“We’ve had plenty of people volunteering as drivers, everything’s getting delivered as it should be,” Innocenti said.

Volunteers have been helping cook the meals as well as deliver them, and Innocenti said meals produced in the kitchen have numbered close to 50,000 over the last fiscal year.

“That’s just a phenomenal amount coming out of the kitchen, the preparation, the delivery, so many kudos to our staff for making that happen,” Innocenti said.

Volunteers come into the kitchen two days a week to prepare food, which has been made more bearable in the summer heat with the installation of a new ductless air conditioner, according to Innocenti.

To supply the food for the meals, the center has received funds from multiple sources, Innocenti said. One of the ways the center has been able to be innovative about securing enough beef was to purchase a cow through funds donated to the center, in anticipation of the shut-down of meat processing plants because of the pandemic.

There will be no dining in the center until Phase 3 of the state's reopening, which Innocenti said would not happen until next year.

In recent weeks, the center has opened for minimal in-person activities, provided adequate physical distancing is possible. There is a Tai Chi class that meets, as well as a pool group that comes to the center, and some arts and crafts classes that can work while maintaining six feet of distance. Protocols are in place regarding mask-wearing and sanitizing surfaces during all of those activities.

Before minimal re-opening was possible, the center was able to host some drive-through fundraisers that brought the community together.

“The last one, we had our band come and play outside, some people sat in cars, and they really enjoyed that band,” Innocenti said. “They really missed it a lot, that socialization.”

Top Notch has also been able to re-open on a reduced schedule, which happened the first week of June. It now operates two days a week, on Mondays and Thursdays, which has helped a little bit with paying some of the center’s bills, as well as provide clothing and household needs for people in the community, Innocenti said.

Innocenti wanted to convey her thanks for the community in stepping up to help out.

“They’ve been really supportive of us,” she said.

However, she also said she wanted to stress that the center’s funding problems are not completely over.

“I don’t want people to think that we don’t need any more donations, because we certainly do,” Innocenti said. “Right now, that funding will be there for the program through the end of the year, we certainly need donations to keep that going.”

“It’s a big relief to know we can take care of seniors through the end of the year.”

Influenza Season: Now's the time to get a flu shot