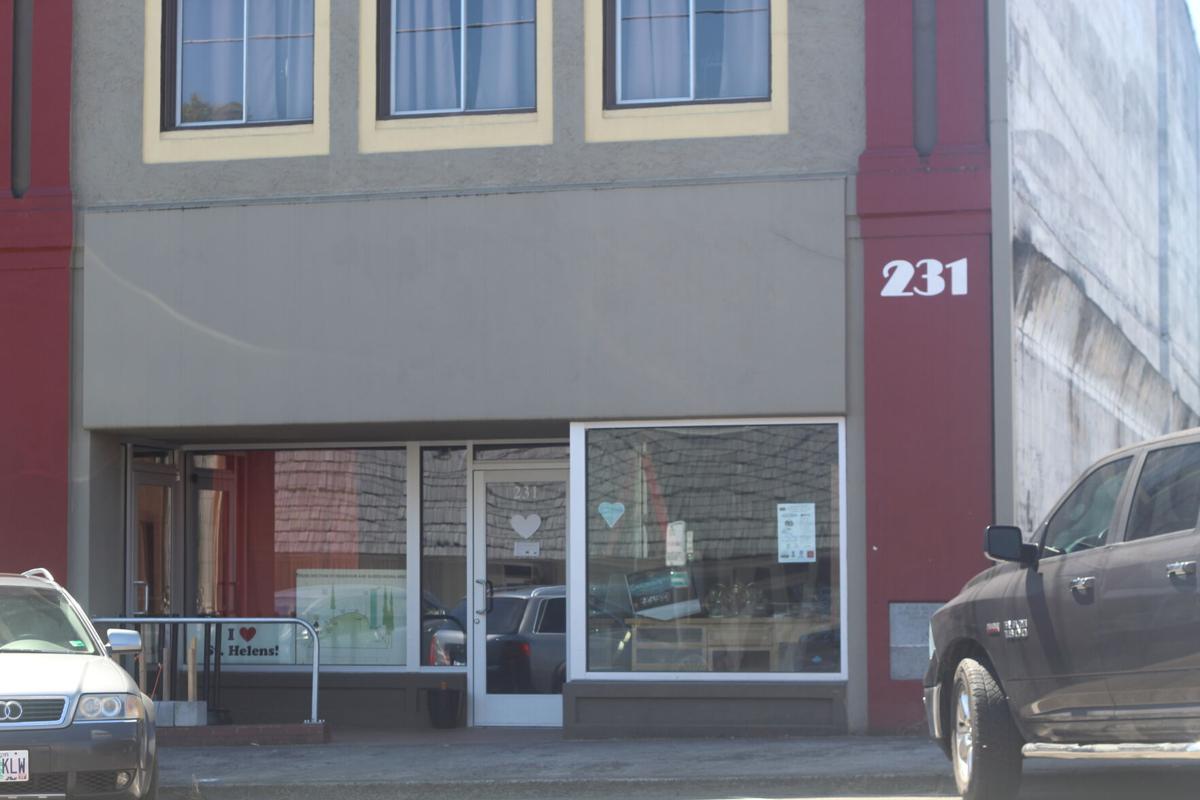 The Historical St. Helens Masonic Lodge in the Old Town District is being converted into the new home of the 2020 Halloweentown haunted house. 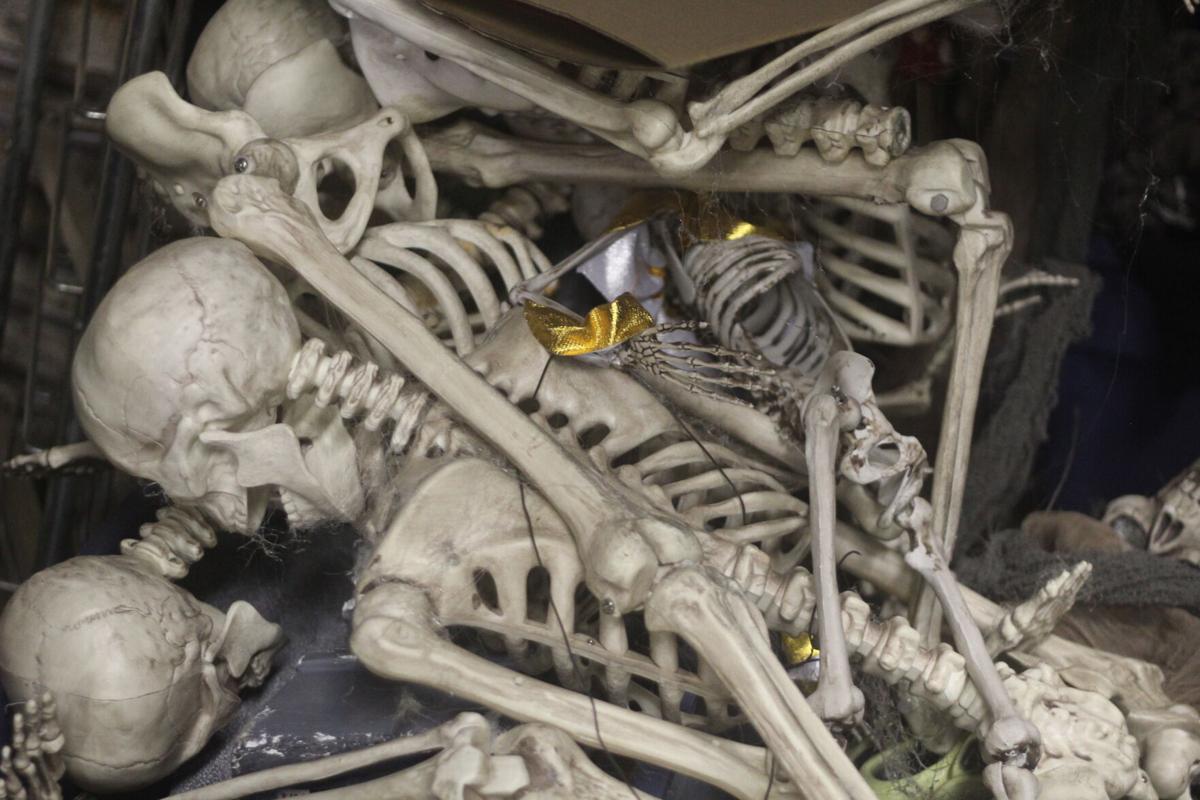 These bones are expected to be part of the decorations at the new Halloweentown haunted house. 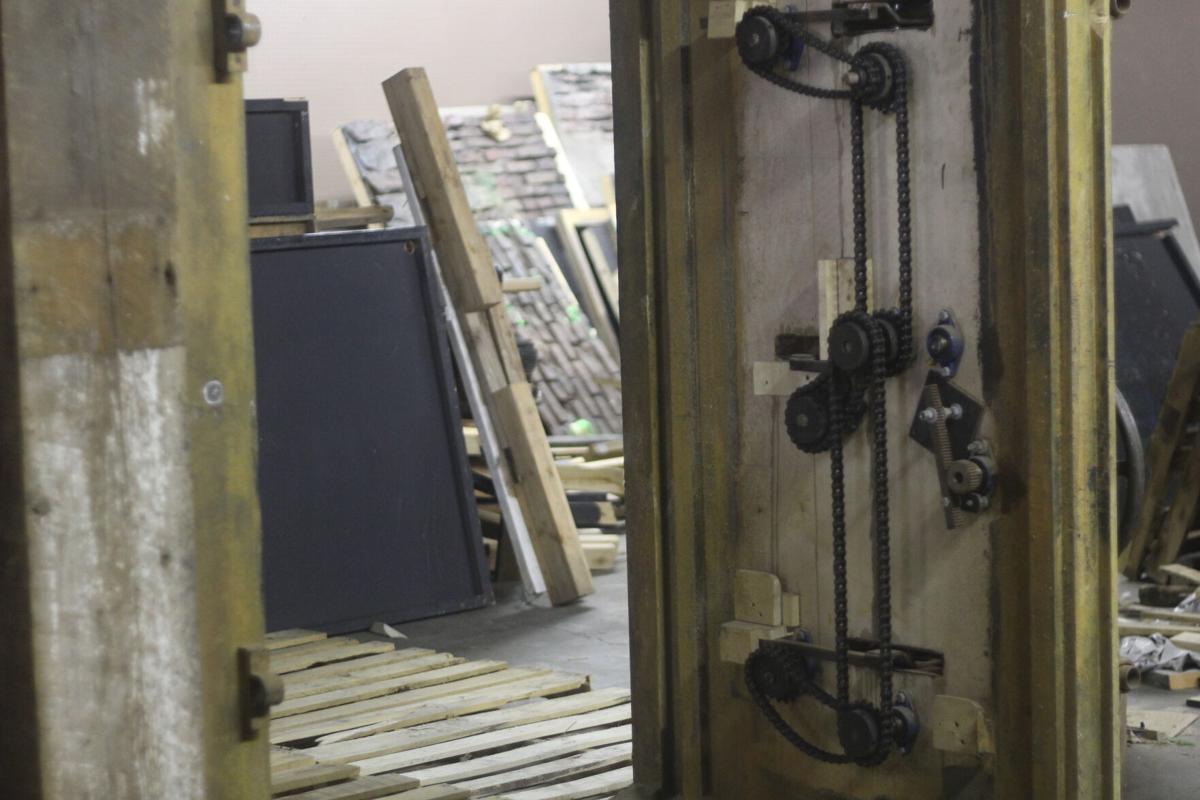 Aarseth’s proudest piece, an old wooden door that looked like it had been transported from the middle ages, sits in the middle of the messy warehouse.

When the Spirit of Halloweentown event returns this fall, one crowd favorite that will return is the annual Haunted House.

It will be different this year.

For starters, it will be bigger.

While the haunted house has traditionally been placed in a 1,000-square-foot alley off of Cowlitz Street, behind what is now Plymouth Pub, the attraction is setting up shop in the 5,000-square-foot lower level of the Historical St. Helens Masonic Lodge, located at 231 1st Street, which the City of St. Helens officially took out a lease on earlier this year.

The top level of the building will be used for tourism activities. The bottom level will host three weekends of Dark Market between the months of January through September, according to city events coordinator Tina Curry, and then will be entirely dedicated to the Haunted House for the rest of the year.

The team, which will be composed of volunteers and led by Chris Aarseth, who has led the past five Halloweentown Haunted Houses, has ample space to work with, so the theme has been adjusted accordingly.

According to Aarseth, the new house will follow the theme of being a haunted manor. The previous Haunted House had a flexible “nightmares” concept, with Aarseth expanding on that theme in different ways each year with variations along the lines of, “Your Worst Nightmare,” or “Everyone’s Nightmare.”

This time, Aarseth said, the theme is more set in stone, and outlined his vision for The Chronicle.

House-goers will enter into the haunted house and immediately come across the Witches’ area and move from there to a courtyard where evil fairies reside. There will be a boiler room at the back of the house where zombies mill about.

Looking around the workspace as it stands now, you would see a theme coming to life, even through the clutter. An old 1920s-style phone sits on a shelf. Old porcelain dolls sit nestled in a corner. Large stone-like pillars constructed from Styrofoam lay about, skeletons of a wall they will become. Aarseth’s proudest piece, an old wooden door that looked like it had been transported from the middle ages, sits in the middle of the messy warehouse.

The hodge-podge of ideas will combine to a more cohesive whole, and provide for a truly scary experience, according to Aarseth.

“You gotta go crazy with a haunted house. That’s kind of what haunted houses are. Just, whatever you can think of, try to make it happen,” Aarseth said.

No matter how unique the house gets, it is not designed to be too terribly scary, like with characters jumping out at people, Aarseth said. The point of the house is to be more family- and kid-friendly. However, Aarseth is thinking about making two versions: a kid-friendly version and a version for older kids, teens, and adults who want to be scared more.

Before any of that can happen, Aarseth is just focusing on getting the house done, which means relying on lots of volunteers.

Volunteers must be 14 years old or older; if they are younger, they must be accompanied by adult. They can drop by between 11 a.m. to 3 p.m. from Monday through Friday. As of now, Aarseth needs people willing to move large, bulky items around. When that is finished, he’ll need volunteers who can build, because constructing walls will be a big part of the haunted house. Finally, he’ll need volunteers to decorate.

All the work is expected to be accomplished by the end of next month, according to Aarseth.

The haunted house opens the first weekend of October, per tradition. It is planned to be open from Thursday through Sunday, and hours are still being worked out, Aarseth said. Usually on Saturday and Sunday, the house is open from around 10 a.m. and continues into the night until 8 p.m.

The construction is going on during a global pandemic and strict social distancing guidelines are in place for everyone’s health and safety, a fact Aarseth said he is aware of.

Volunteers are limited to no more than eight people at a time, who must all be spread out in the large building, working on separate projects, and wearing masks. When the haunted house opens, groups will be scattered, sent in sporadically.

Even with all those precautions in place, if COVID-19 numbers continue to increase, it is possible the governor will order businesses to shut down again, or different guidelines from the Center for Disease Control and Prevention (CDC) will be put forth that will make having the haunted house impossible.

“If it comes up that we can’t do it, we can’t do it,” Aarseth said. “But if that happens, this haunted house is going to be that much better next year, because we’ve had a whole year to tinker with it.”

While the inability to self-fund can be a downer for keeping up the new haunted house, Aarseth said it has its upsides too.

“There are lots of drawbacks to [self-funding] as well, because you have to manage so much more, and I would rather focus on building and having fun than the business part of it,” Aarseth said.

Provided pandemic numbers do not spiral out of control, and federal or state governments do not release any additional mandates that affect the functioning of businesses, the Haunted House should open in October.

If not, the house will wait another year, waiting to welcome and scare those who dare to enter.

Halloweentown is the City of St. Helens’ signature event each fall that draws thousands and produces significant revenue each year. The event includes an annual children’s parade with kids dressed in costumes, trick-or-treating at local businesses’ front doors and creative scarecrows that locals make and hang in displays throughout town.

Due to the pandemic and the state’s social distancing requirements, changes have been made to ensure the safety of the event participants, but also to retain the spirit, fun and adventure of the annual celebration.

Halloweentown activities are listed online at http://www.spiritofhalloweentown.com under schedule. The event’s opening dates are Sept. 26 and 27, and runs each Saturday and Sunday in October.

Halloweentown is the City of St. Helens’ signature event each fall that draws thousands and …

Follow Halloweentown developments here online and in the Wednesday print editions of The Chronicle.

Over the past few weeks, The Chronicle has tracked questions and concerns from area businesses, residents and others about Halloweentown sched…

The annual Spirit of Halloweentown came and went in St. Helens this year, almost like any other.