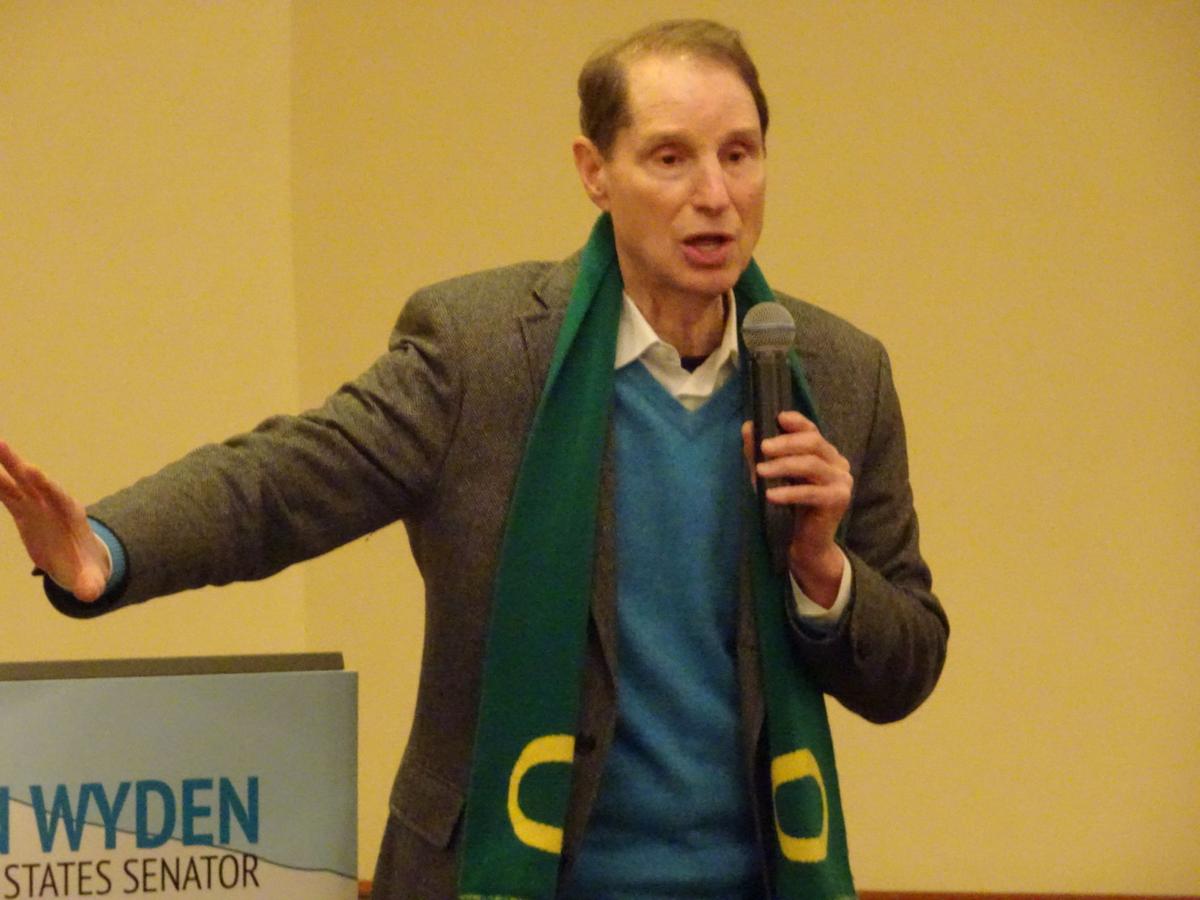 Sen. Wyden responses to a question during the St. Helens town hall. 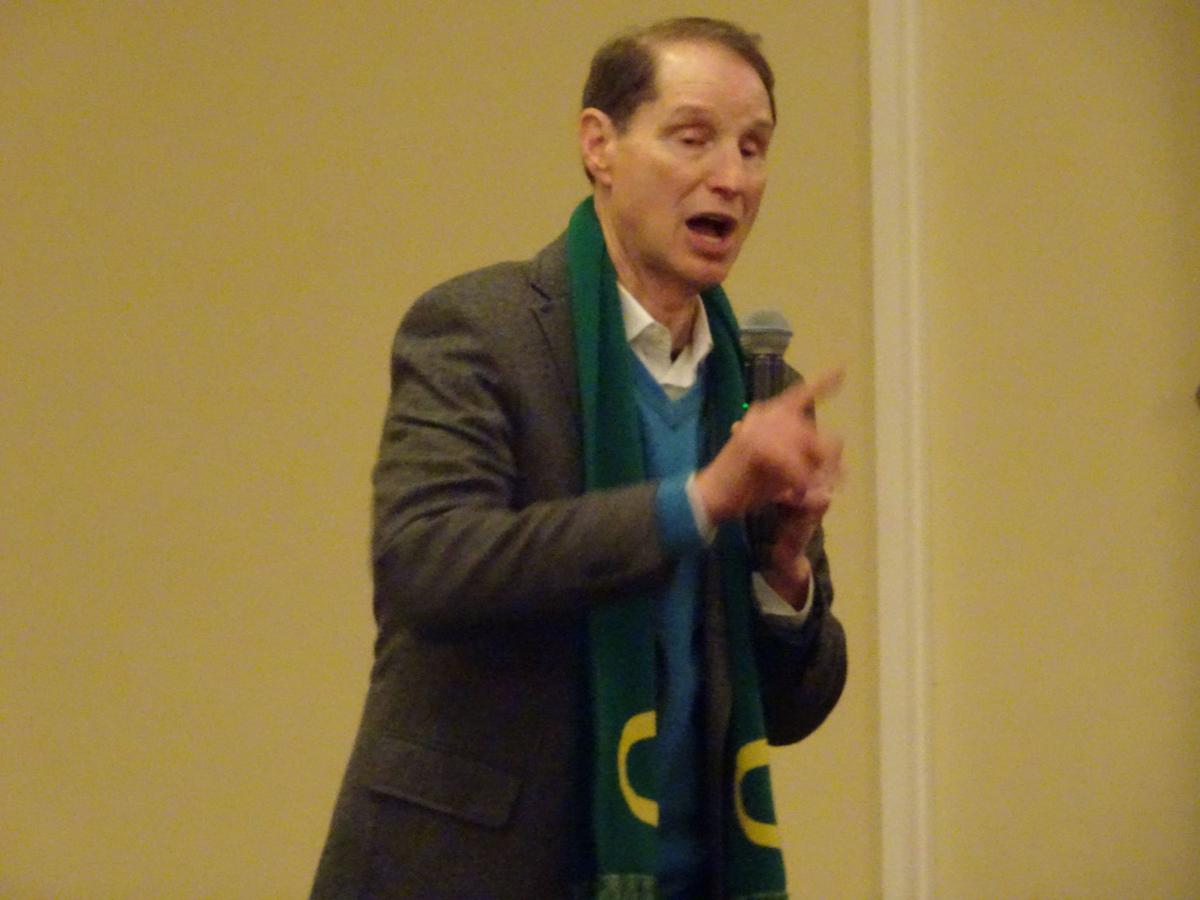 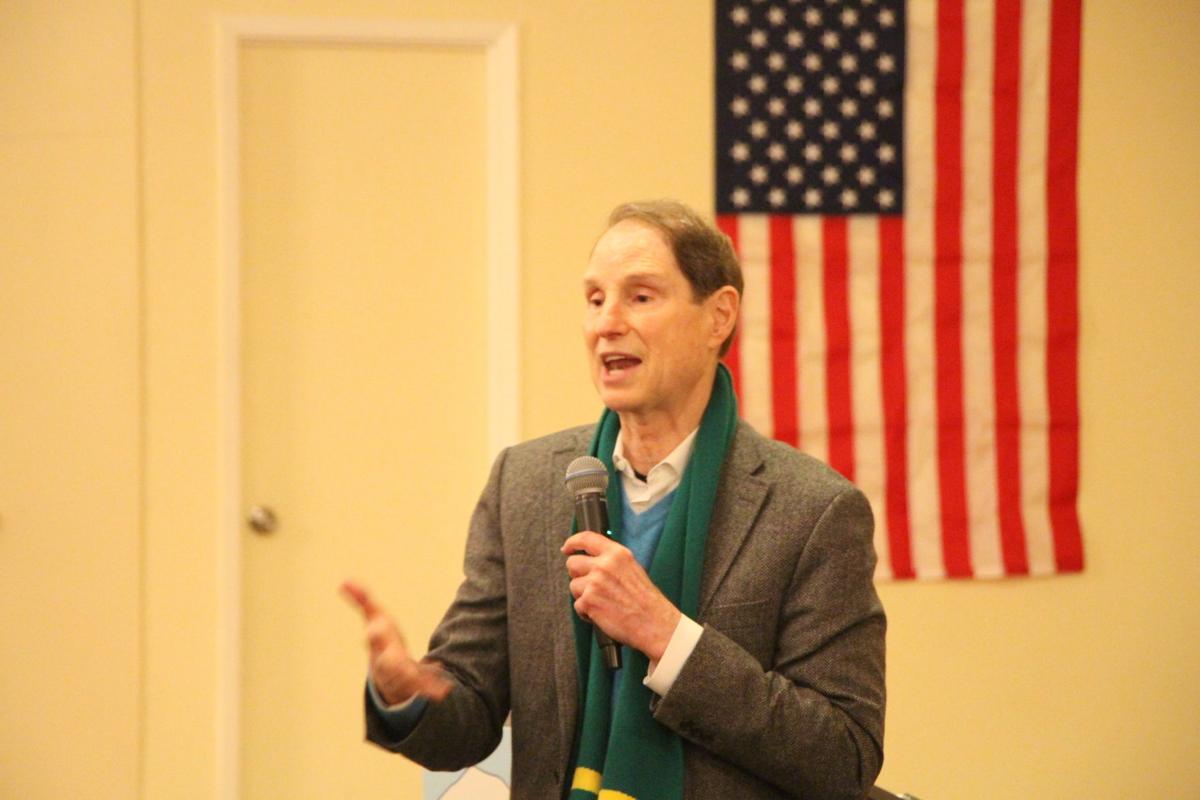 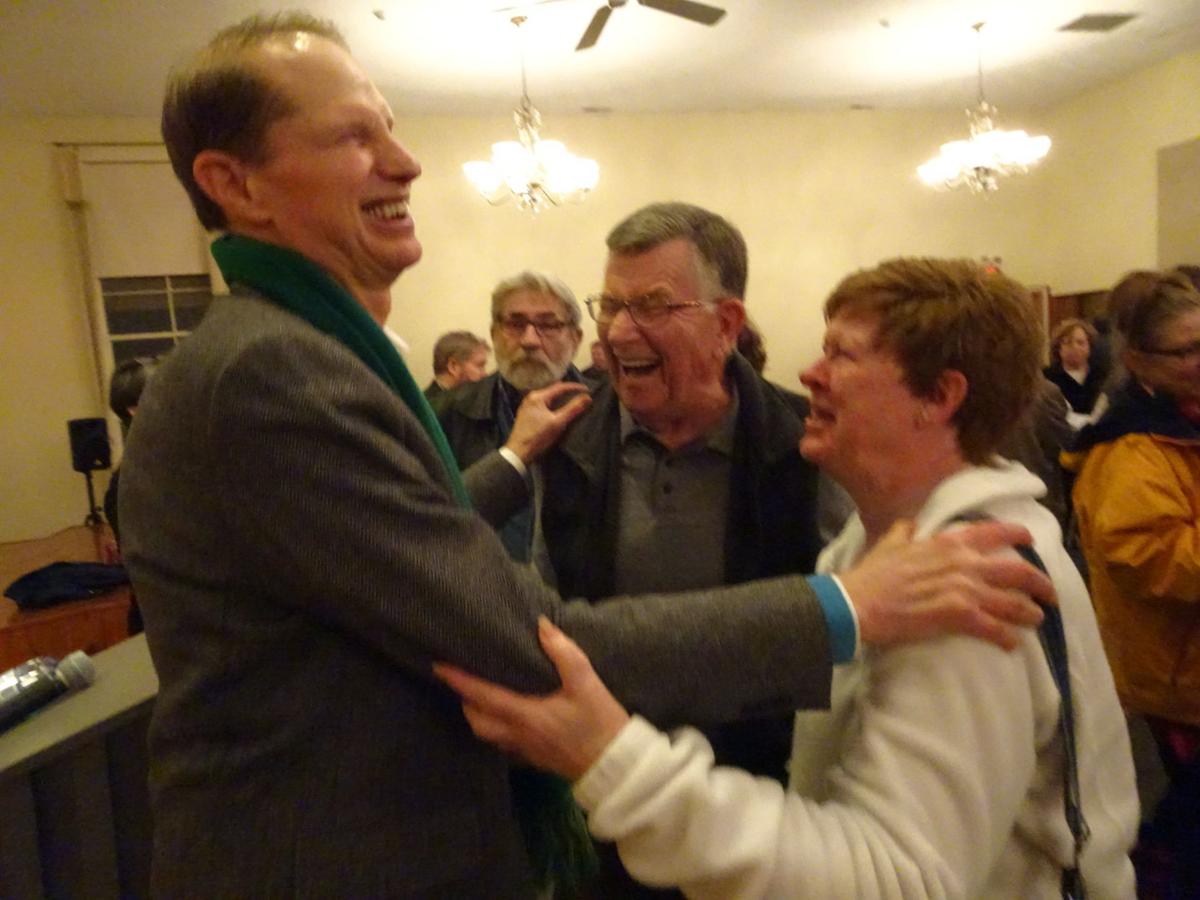 Sen. Wyden visited with members of the audience following his town hall in St. Helens.

Sen. Wyden responses to a question during the St. Helens town hall.

Sen. Wyden visited with members of the audience following his town hall in St. Helens.

“What I am hoping for is that Senator McConnell and Senator Schumer come to an agreement that will get us a fair process and I do believe it should involved witnesses,” Wyden told The Chronicle following a town hall meeting in St. Helens.

Wyden also would not reveal how he will vote concerning any U.S. Senate efforts to remove President Trump from office.

“As an impartial juror, I am not going to announce how I would vote,” Wyden said. “I will let every senator decide how they are going to do it. I took two oaths. One, to protect and defend the Constitution, and the second, to be an impartial juror. You heard me pledge that to the people tonight. That means I am going to look at the evidence.”

During the Thursday evening, Jan. 2 town hall at at Meriwether Place, the Trump Impeachment, U.S. action in the Middle East, veterans concerns, health care, and vote by mail were issues brought up by audience members that Wyden addressed.

“I heard it all here,” he said. “I heard folks that had differences of opinion with the Trump administration and we had clearly folks that are strong Trump supporters.”

Wyden also discussed rural community economics and his efforts to help develop affordable housing in St. Helens. He said that Columbia County is “democracy at its best.”

“There wasn’t a bad question in the house,” he said. “I really appreciated the fact that both points of view kept coming back to the question of fairness.”

Should the use by police of choke holds and tear gas be outlawed?

Don't Leave Home Without One: Governor requiring all Oregonians to wear face masks