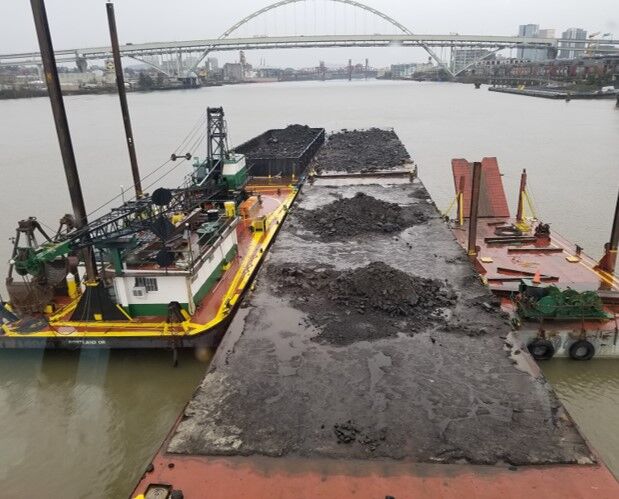 WCP operates dredging and marine construction as part of its overall services. 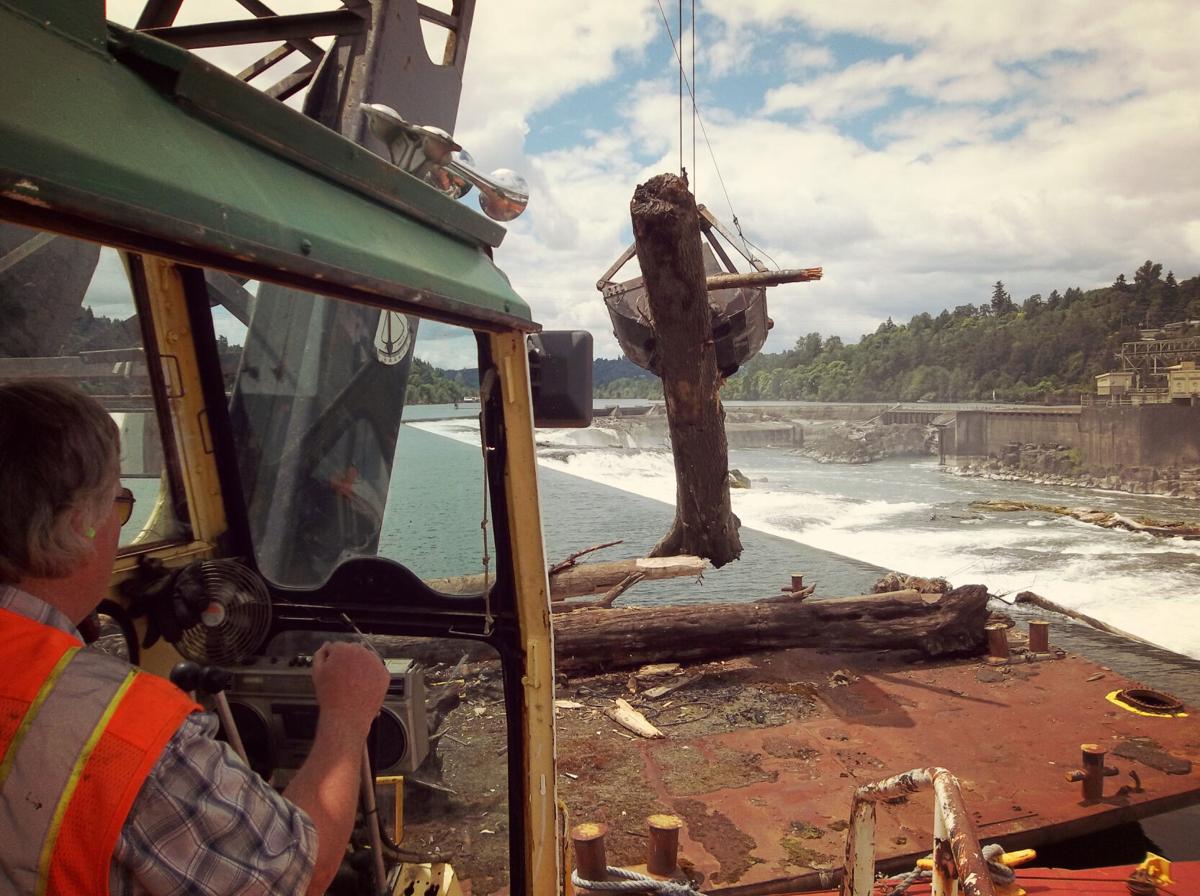 An industry set to generate $2 to 5 million in revenue annually is coming to St. Helens.

Wilsonville Concrete Products (WCP) is set to lease moorage space at the St. Helens Industrial Business Park docks, which are situated on what used to be the site of the Boise White Paper Mill.

The company is in charge of marine transportation, barge unloading, dredging, and marine construction.

During the July 15 St. Helens City Council meeting, WCP Vice President Michael Bernert announced that the company is ready to begin operations at the docks following an engineering study of existing dock structures, updating of the DSL lease, and preparing a moorage lease agreement.

The remaining work left to be done is with services, parcelization for industrial river frontage, moving the company fleet to St. Helens, and building a vibrant marine ecosystem by attracting peers and partners, Bernert said.

“We’re really excited to partner with the city in building something that’s vibrant in the city of St. Helens,” Bernert said.

The business is expected to create $2 to 5 million in revenue for activities that will be based in St. Helens, Bernert said.

Bernert could not give specific figures for jobs to be gained as the company locates in St. Helens but he said that WCP currently employs about 100 employees, and they will bring about 25 of those workers out to the St. Helens location.

According to City of St. Helens Government Affairs and Project Support Specialist Rachael Barry, WCP reached out to the Port of Columbia first when looking for a site and port authorities directed WCP to St. Helen.

“We are grateful to have strong economic development partnerships in Columbia County,” Barry said.

Bernert said there are three reasons that his company chose St. Helens.

WCP has a history of working in St. Helens when the Boise Mill was still in operation, making ship deliveries on a regular basis. In addition, the location of the city is at the intersection of Multnomah Channel and the Columbia River, an area that makes it suitable for marine transportation. St. Helens stood out as having what Bernert described as a progressive, entrepreneurial and forward-thinking spirit.

“Working with the city was an extremely natural fit,” Bernert said. “Other groups, you start thinking too much in a box. All three of those factors made it by far the best fit for what we’re trying to do.”

The company operates in other locations in Wilsonville, Carver, Beaverton and Salem. They also have aggregate mines in both Salem and Yamhill county.

WSP mainly focuses on concrete but would be using St. Helens to expand its marine operations, according to Bernert.

“We have a small marine footprint in Wilsonville, but St. Helens is really going to be the location for our marine fleet, and the home of our marine business and our marine activities,” Bernert said.

The company is ready to move its marine fleet over, which comprises five tugboats, six barges and three crane barges, Bernert said. The entire fleet will now be stationed in St. Helens.

The entire operation will be both water- and land-based, Bernert said, with the water portion expected to be 2.5 acres and the land portion yet to be determined.

“Our finished scope is between two to five acres,” Bernert said. “The site actually hasn’t gone through parcelization yet. A lot of it is going to depend on working with the city in defining where the boundaries are, and other users on that site.”

WCP will begin its St. Helens operations at the end of this month, according to St. Helens City Administrator John Walsh.

The presence of WCP in St. Helens will promote regional economic development, according to city staff, as the city moves forward with its overall riverfront development plans.

St. Helens Industrial Park is a new industrial park that was developed after the shuttering of the Boise White Paper Mill site in 2008, which the city acquired in 2015. The Chronicle previously reported that the city received a $50,000 technical assistance grant from the Oregon Department of Land Conservation and Development (DLCD) to create an industrial park master plan to be completed by January of 2021.

City officials said the master plan will guide the city through a site assessment, parcelization, and a phased infrastructure funding plan for sewer, water, storm, streets and power at the industrial park.

On The Beach: 37-foot humpback whale ashore near Lincoln City

On The Beach: 37-foot humpback whale ashore near Lincoln City