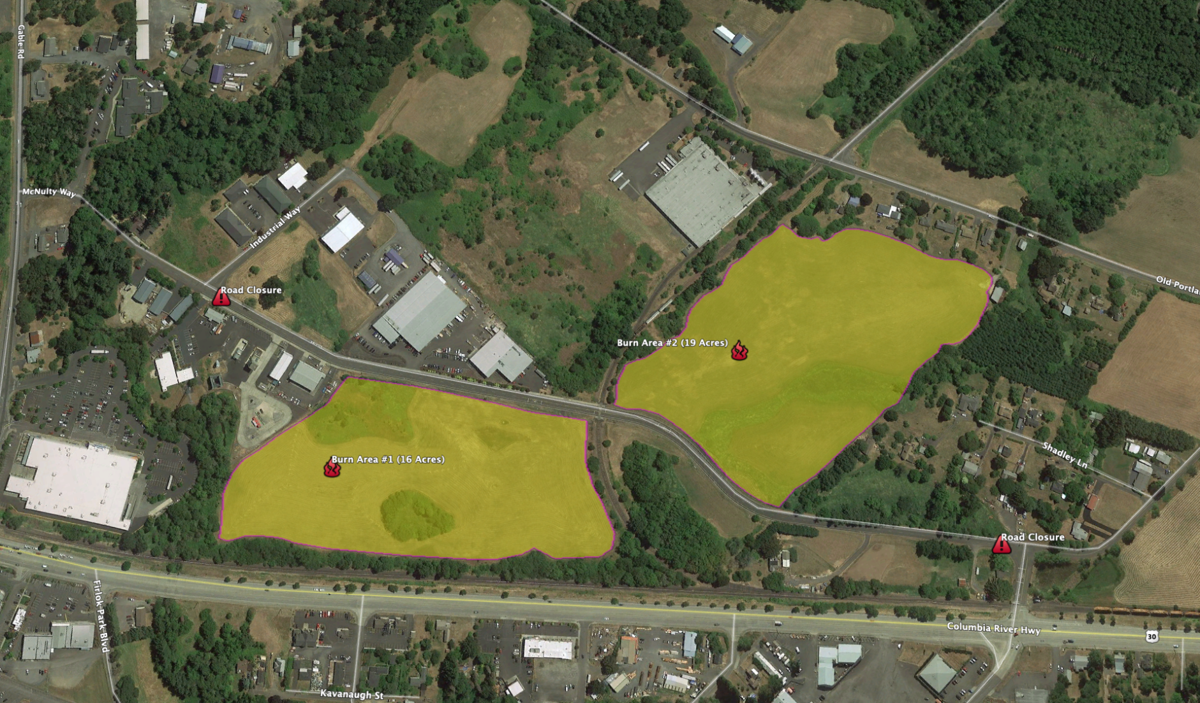 This map shows the area where the prescribed fire operations will take place, including road closures, in St. Helens. 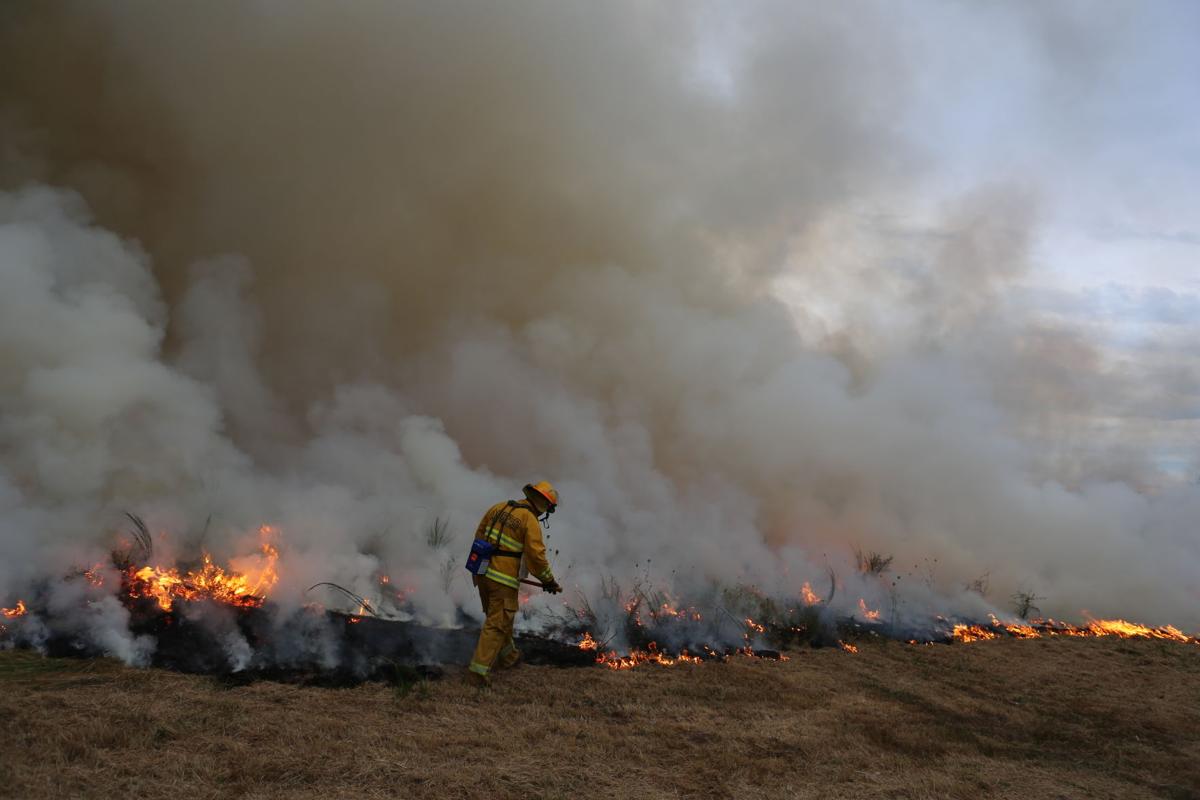 Several fire agencies will use the prescribed burns in St. Helens for specialized training.

This map shows the area where the prescribed fire operations will take place, including road closures, in St. Helens.

Several fire agencies will use the prescribed burns in St. Helens for specialized training.

A prescribed burn in St. Helens, postponed from June, is scheduled to take place Saturday afternoon, Aug. 24, on McNulty Way.

The burns will be conducted by Columbia River Fire & Rescue (CRFR) and the Scappoose Fire District (SFD) to remove invasive weeds that are harmful for cows and for fire training.

CRFR/SFD Division Chief and Fire Marshal Jeff Pricher said the training is specific to a class that many firefighters have taken called “firing operations.” The class was put together by the National Wildfire Coordination Group (NWCG) that helps firefighters become accredited as firing bosses – a position that leads engines and crews on specific firing operations.

“If we need to burn out a canyon or if we need to get rid of small chunks of fuel to create a good fire line, or in situations where we actually need to do a true backfire where we’re using fire to fight fire, all of the skills that will be covered on that day encompass the practical knowledge requirements that people in that capacity need,” Pricher said.

The training also gives firefighters aspiring to serve in a supervisory capacity the opportunity to familiarize themselves with various types of firing devices, such as drip torches and fusees, a flare-like device that drips slag to help start fires, according to Pricher. Firefighters will also train on fire throwing and projectile devices – most commonly referred to as veri pistols. Pricher said in the last four years, crews have been asked to use fire to fight fire on several incidents.

“We actually use fire a lot,” Pricher said. “Let’s say the fire burns in a wavy pattern next to a road - instead of getting out there with hand tools and hose and dragging hose and digging a fire line along the wavy line, we can take fire and burn the extra fire out as fuel, creating something called ‘good black.’”

Good black is an area of burned terrain unlikely to catch fire again that can also provide a safety zone for firefighters to work from.

Pricher said the prescribed burn operations require an incredible amount of planning. Officials must complete an Incident Action Plan/Burn Plan, a 10-plus page document required by those utilizing the Incident Command System (ICS).

Crews must have an incident plan in place prior to the prescribed fire operation which includes the objectives they are attempting to accomplish. They must have contingency resources brought in to provide extra support to prevent a prescribed fire from turning into a wildfire, establish “go-no-go” checklists based upon national standards, as well as current and predicted fire behavior.

“Number one is always safety, and number two is going to be the public,” Pricher said. “Those are the two highest priorities for us.”

This particular fire operation will reduce the two parcels to be burned into several smaller burn cells to limit fire intensity.

The operation is largely planned around the weather and will only occur if conditions fall within pre-established limits, and Pricher said it is not uncommon to have to postpone a burn.

“Weather is very important to us,” Pricher said. “If we have winds over 20 miles per hour or the National Weather Service issues a fire weather watch or red flag warning, we will not burn. We also consider any other condition that might jeopardize public safety. For example, if the wind is blowing and we know we’re going to put smoke across Highway 30, we won’t burn.”

Pricher said the fires likely won’t start until around 1 p.m., and the crews hope to be finished with their training around 5 p.m.