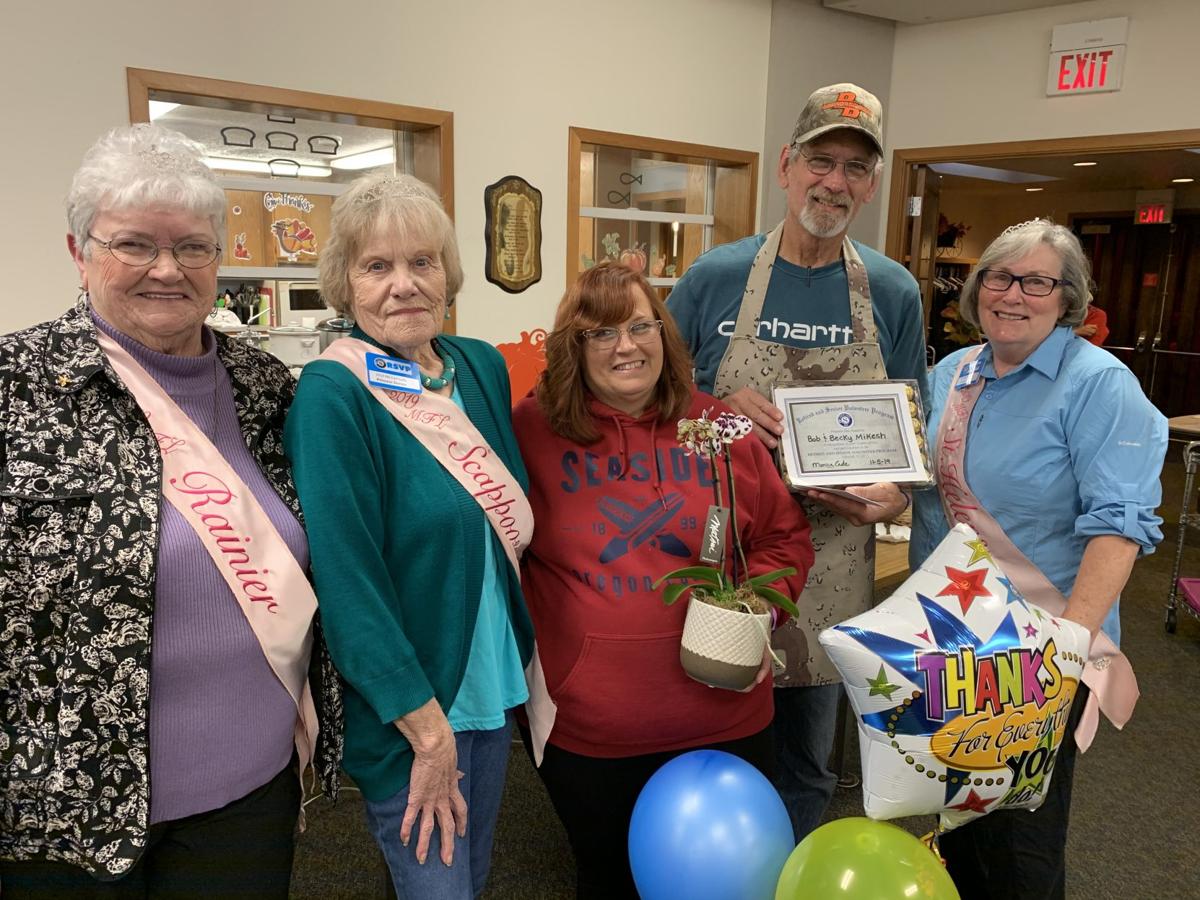 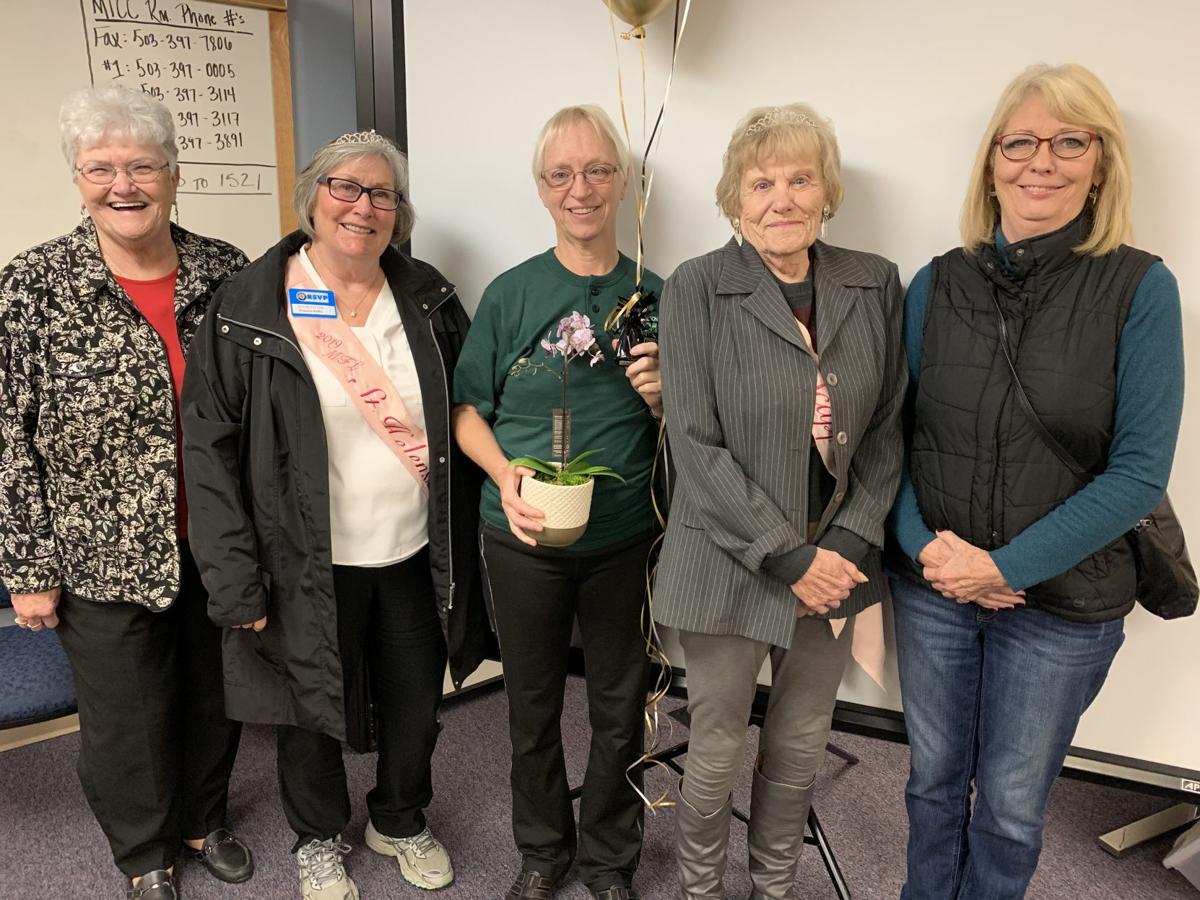 Volunteer of the month

Bob and Becky Mikesh have been named Columbia County RSVP’s Volunteers of the Month for November. The My Fair Lady court surprised the Mikesh’s at Community Meals on Nov. 5, where they volunteer together as cooks.

Bob served our country starting in 1971 when he signed up for the Navy See Bees. He put in his four years and came back eight years later to sign up for the Army, where he served another 29 years, including one tour in Iraq. Becky supported his service from home all that time.

After 33 years of serving our country, they both continue to serve those in need in our community. When asked about the ward, Becky relayed surprise.

“We were caught off guard. We get more back than we put out,” she said. “We enjoy helping people. This is what we enjoy doing together, is cooking.”

Bob was equally as flabbergasted by the award.

“It was beyond me,” he said. “This is our pleasure. We enjoy it. It’s not that much to put out to help somebody. It’s almost on autopilot now.”

According to Kathy Bauska, the pair have almost been cooking since the very beginning of the establishment of Community Meals, or about seven or eight years.

“Even when they moved to Vancouver for two years, they drove all the way over to St. Helens to cook their famous meatloaf,” Bauska said.

The Mikesh’s were cooking their meat loaf the night they were surprised with the award, and attendees said the room was packed.

“We never even cook meatloaf at home,” Bob said.

RSVP was able to present a second Volunteer of the Month award to Debbie Johnstone at the CERT (Community Emergency Response Team) meeting on Nov. 7.

The My Fair Lady court presented the award to Johnstone with a loud applause from her other CERT team members. Johnstone is a busy volunteer in her community; in the past she has volunteered to help kids read, and currently she is also a grief counselor for inmates at the jail. According to Debbie,

“I think volunteering is the best thing you can do for yourself. Giving back to others pays you back. It gives you so much enrichment and enjoyment. CERT was a big support to me” Johnstone said, adding she enjoys helping those in jail to look at life differently.