You are the owner of this article.
Edit Article Add New Article
You have permission to edit this article.
Edit
Welcome, Guest
Home
News
Covid-19
Out & About
Sports
Obituaries
Opinion
Special Publications
Classifieds
E-Editions
Subscribe
1 of 2 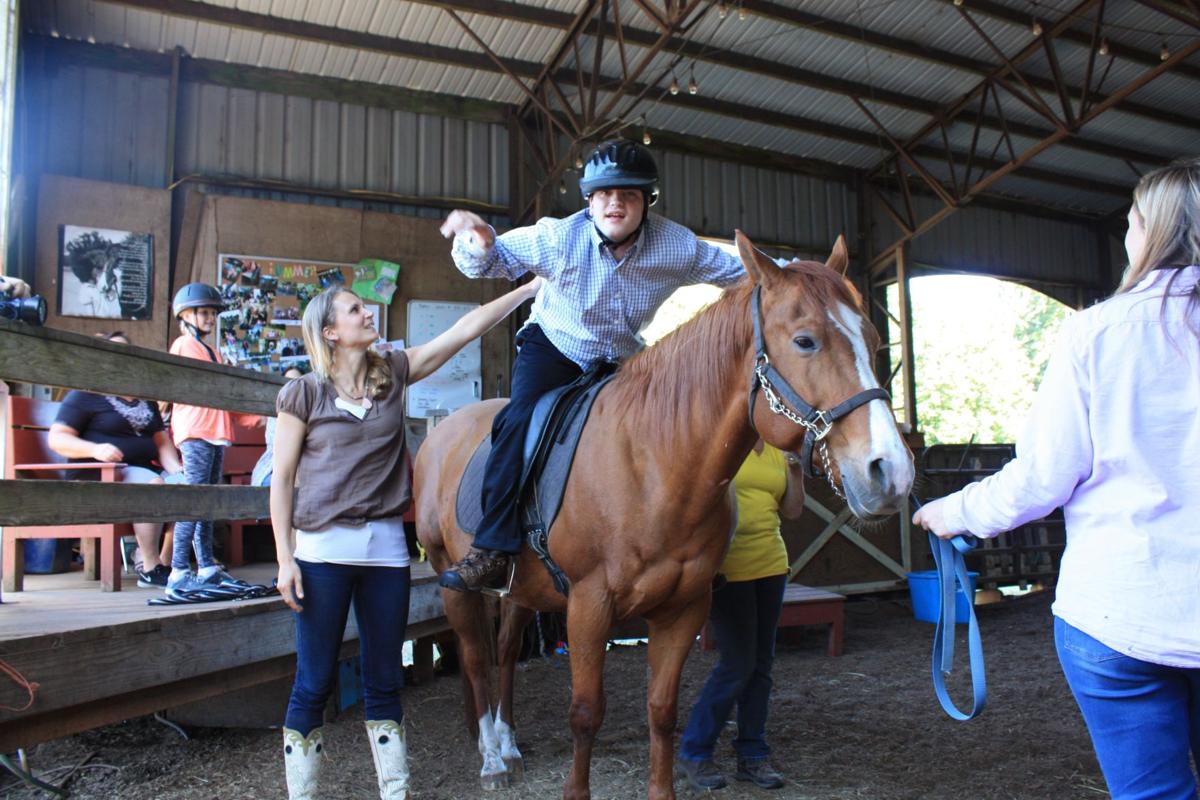 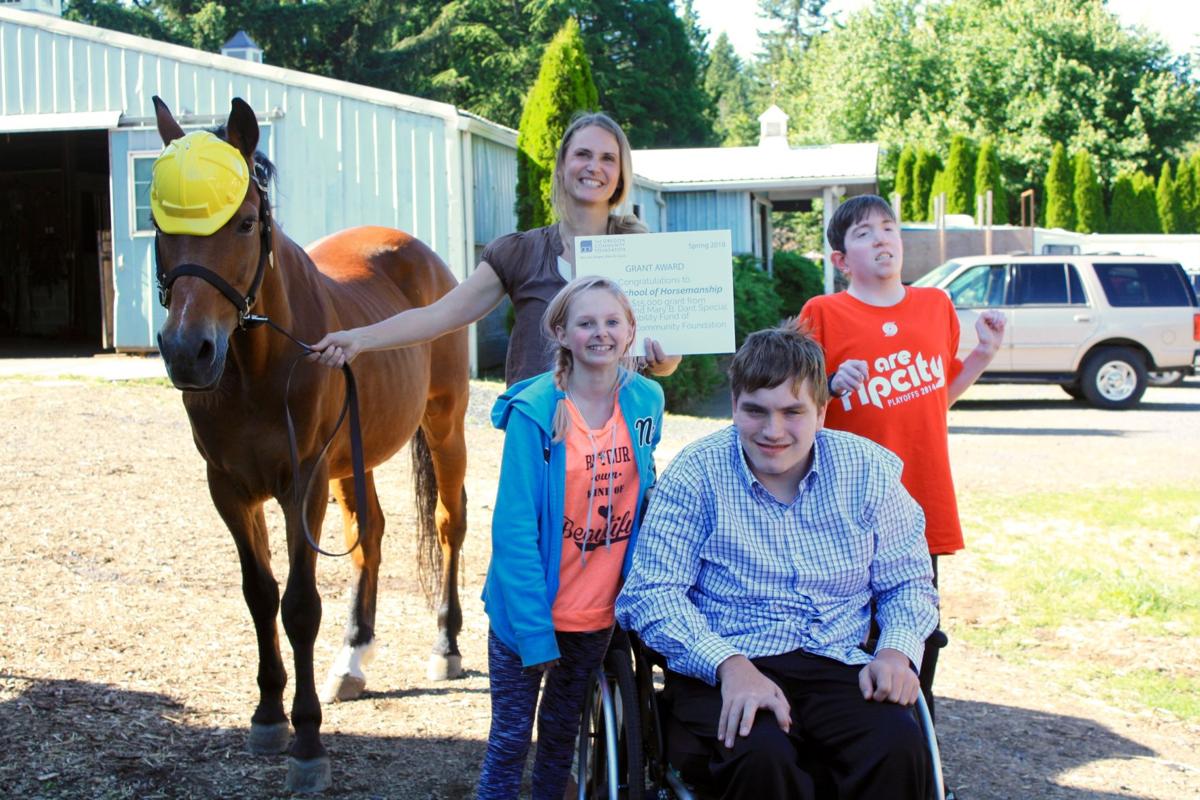 On Monday, June 11, Sande School of Horsemanship in Warren held a groundbreaking ceremony where they received a $15,000 grant from the Oregon Community Foundation.

The donation is helping to expand the property with a confidential meeting space, classroom and weatherproof viewing area complete with ADA amenities, including a mounting platform, wheelchair ramp and mounting lift for people experiencing limited mobility.

Founder, Instructor and Executive Director Kassi Euwer said the school started in 2008 and that it became a non-profit in 2010.

“The inspiration for originally starting a program dedicated to serving underserved populations was a student by the name of Paige who was severely affected by autism spectrum disorder,” Euwer said.

“She was non-verbal and had a lot of violent outbursts. When she would get on the horse her whole body would be calm and in the three months that she rode with us. At the time, I was just giving lessons when I would come home from college. In just three months, she started using her voice to express things other than frustration, and according to her foster mom and her speech therapist that was the first time she had ever used her voice to express something really other than frustration or discontent.”

When Paige would get on the horse she would have different kinds of pleasure sounds with her voice, according to Euwer.

“She would indicate things that she wanted with different intonations in her voice. It was such a breakthrough for her foster mom and speech therapistit was really just the inspiration for founding the program,” Euwer said.

Euwer said the school has worked with hundreds of students since their founding and of those, 25-30 percent are people with special needs.

Program and Development Manager Brooke Crews said Sande provides regular lessons and camps for anyone who wants to enroll, and two special programs.

“One for people of all ages with intellectual and developmental disabilities and another one called the barn buddy youth enrichment program,” Crews said.

“We pair up kids, mostly who have been involved in the foster care system with mentors and instructors and they get to do horsemanship and horseback riding once a week out here.”

Crews also said the school is going to launch a partnership with Columbia Community Mental Health where they are going to start providing on-site mental health services for the kids.

“They will be out here. It’s youth counselors who specialize in providing mental health services for kids, so they will do fun, interactive activities that have kind of mental health lessons incorporated into them and they will connect them to the horsemanship curriculum,” Crews said.

“They have co-authored a curriculum with Kassi, and we are launching it in July. It is really exciting and I think it will be tremendous for the kids to have that extra support.”

In the winter, Crews said the school is launching a stable foundation curriculum where they will have adults with disabilities learning workforce development along with horsemanship activities.

“This new space in particular is going to allow us to dramatically expand the number of clients we can serve, because we have been limited with the range of disabilities. People have to physically lift the person and it’s not exactly accessible for a wheelchair, so it’s going to open up so many possibilities for people with a broad range of disabilities to utilize the space,” Crews said.

“Not will it only expand the year-around capacity, but people with a broader range of disabilities,” said Crews, saying any given week about 60 people participate in lessons. Once Sande has the space established, they plan on serving 250 people a year through the non-profit programs, according to Crews.

Nick Terry is one of Kassi’s clients whom horseback riding has been therapeutic for.

“When he started it was a big deal for him just being able to stretch his legs,” Euwer said

Now, Terry can hold on, hold his hands up using his core, is able to trot and can use his leg muscles to stand.

“One thing about therapeutic riding is everybody has their own avenue depending on what their disability is and how they are affected by it,” Euwer said.

“Nick is really affected physically. He lives in a wheelchair, does some amount of walking, very limited a few times a week. We don’t plan to try to teach him how to ride independently but his goals are strengthening his core, stretching his muscles and releasing the stress in his spastic muscles.”

Euwer said Terry is a huge success in how far he has come physically.

“When he started, he was able to walk 50 yards and now he can walk 400 yards. He doesn’t do regular physical therapy outside of the barn. He does swimming and this every weekend, and they attest the majority of that progress to horseback riding,” Euwer said.

Euwer said she feels incredibly grateful for the opportunity to work with people and have a positive impact in their lives.

“I feel like my dad has worked so hard to build this legacy that I owe it to him and my mom, and myself to do something worthwhile and serve the community,” Euwer said.