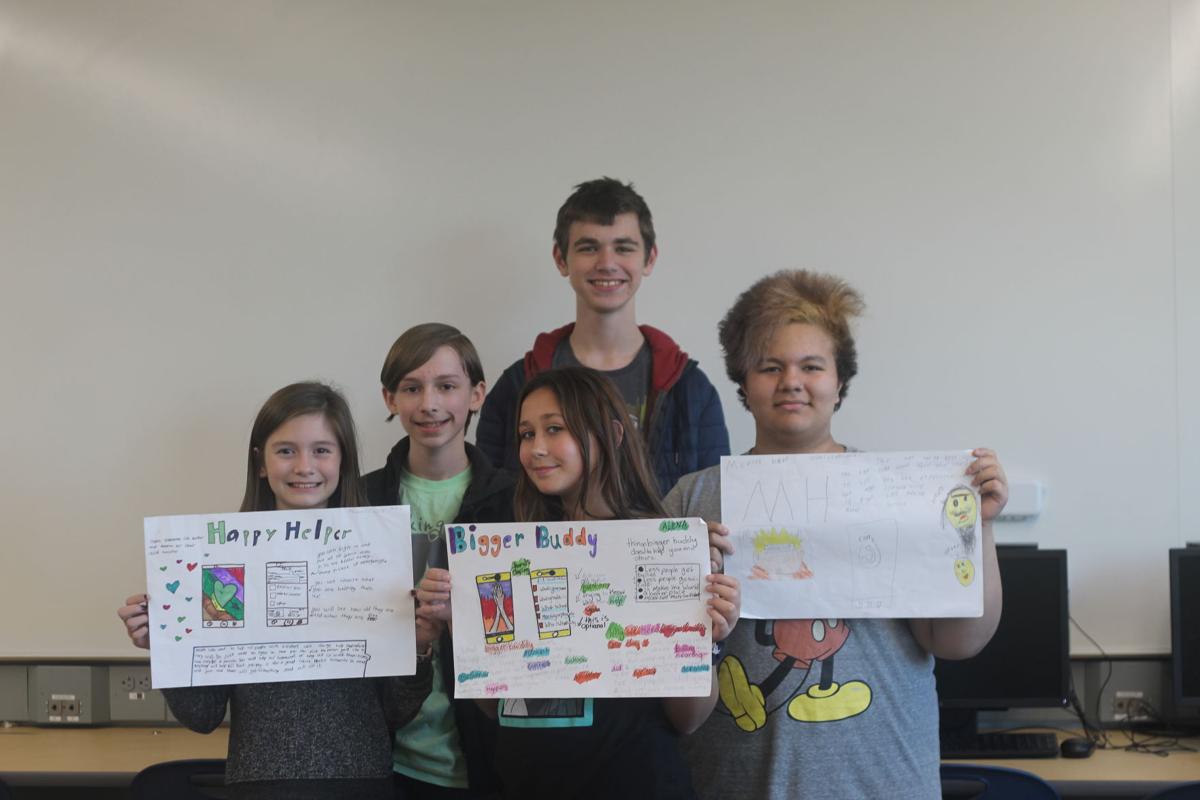 Some members of the STEM team stand with posters that helped inspire the project. 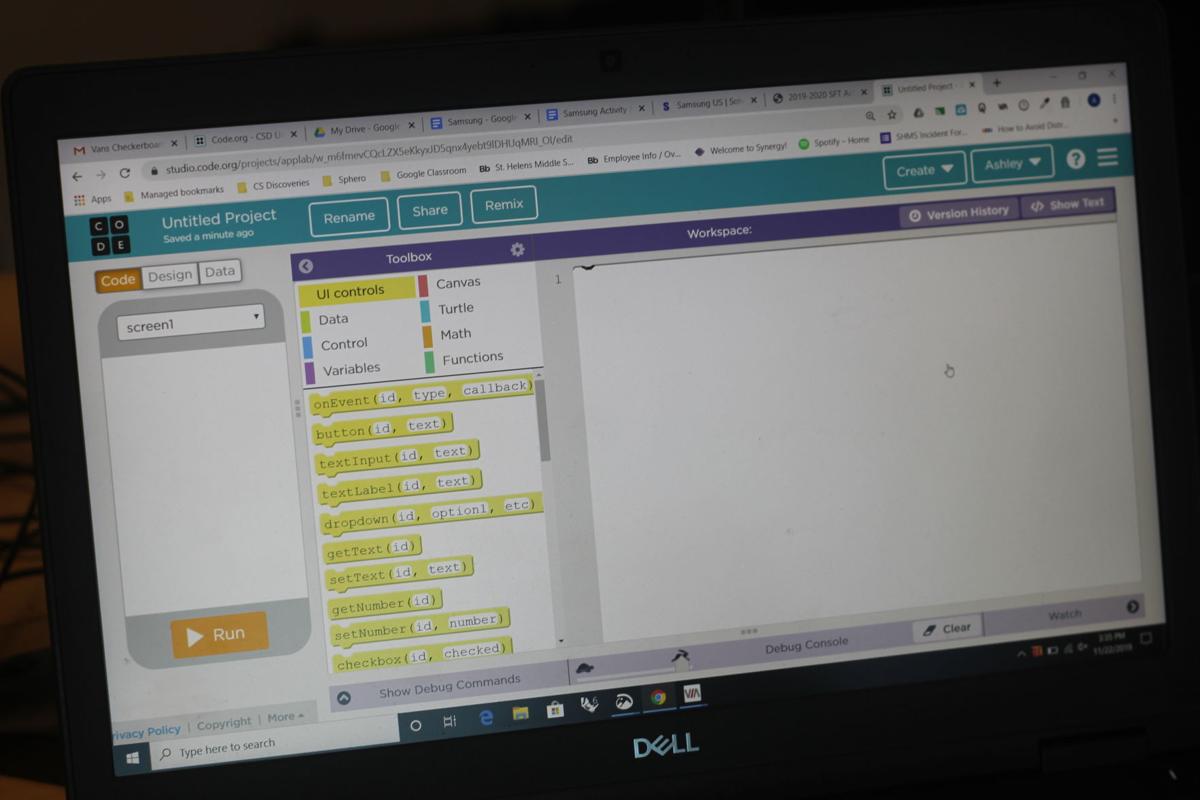 The website showing the code that students will use to create their app.

Some members of the STEM team stand with posters that helped inspire the project.

The website showing the code that students will use to create their app.

A team of students at St. Helens Middle School (SHMS) has been selected as state finalists for a Samsung Solve For Tomorrow project proposal submitted by the students in Ashely Baylor’s STEAM (Science Technology Engineering Art and Mathematics) class. The team is one of four Oregon State finalists who will advance to Phase 2 of the STEM competition. They also received a Samsung tablet as a prize.

Phase 2 will require the students to outline an Activity Plan, showing how they will execute the project. For Phase 2, roughly 100 state winners will be selected to win a $1,500 video kit, as well as a $15,000 prize package.

The team was notified on Nov. 16 that they were selected to be finalists. The group comprises seven students in grades 6 through 8, not all of whom are allowed to be publicly identified in a newspaper or online, per agreement with parents and the school district.

Baylor said she initially found out about the project through a science teacher at SHMS, and it was a little bit late for the students to complete a project from scratch, but they had just completed one that was pretty similar to what the project was requiring.

“So I just went in the cabinets and grabbed their ideas and kind of combined a couple and submitted a few ideas,” Baylor said.

The ideas she combined ended up making up an altogether new proposal: an app that helps connect students to support. That support can be anything from mental health support, to potential buddies for students, to practices that will alleviate stress and depression.

“In a perfect world, the app would send out daily/weekly/etc. notifications with helpful, relatable facts about diet, statistics, and perhaps ‘open house’ events at the local mental health organizations,” the proposal states.

The project is meant to alleviate problems caused by bullying, which the project proposal identifies as the biggest issue faced by the school community.

“A student of mine told me that a few years ago, his 13-year-old cousin committed suicide due to bullying,” Baylor writes in the proposal. “Mental health is not something that is widely accepted, let alone practiced, and the students wish to not only change that, but to create somewhat of a mentorship/buddy system for those who are feeling unsafe.”

The idea is that the project will be an app that could be installed on a phone, something that students will be able to connect with on a daily basis. This Friday, the students were meeting together for the first time, chosen not only for their ideas but also because they are considered to be especially apt at coding, according to Baylor.

Creating a physical model of the app that can actually be used is one part of the project that will be done at a later time, but for now, the team is focusing on creating their Activity Plan, to be submitted by Dec. 4. The purpose of the Activity Plan is for the team to better define the project and show how they will execute it.

“My brother has special needs, I know that he has a lot of problems, so I want to be able to make sure that the person that’s helping them is actually helping them,” Alena Zallis, a 6th grade student on the team said.

Zallis added that some students might seem nice in front of teachers but might not be nice to students with special needs once out of teachers’ sight. Zallis said she wants some part of the app to be able to ensure students that need help do not encounter bullies on the app.

The team will find out Dec. 23 if they will progress to Phase Three, which will involve the students producing a project demonstration video. If the team progresses to that point, they will code the app itself, something that can be done on a website that the program provides.

At the thought of doing the actual coding, the team launched into possible challenges they will face, such as writing an algorithm for a large number of users, or transitioning between different parts of the app.

Baylor said that she plans on having her students continue the project, whether they successfully progress to Phase 3 or not.

“Winning shouldn’t matter,” Baylor said. “What matters is feeling good about having other people feel good. So I think even if we don’t win on Dec. 23, we’re still going to make it happen.”