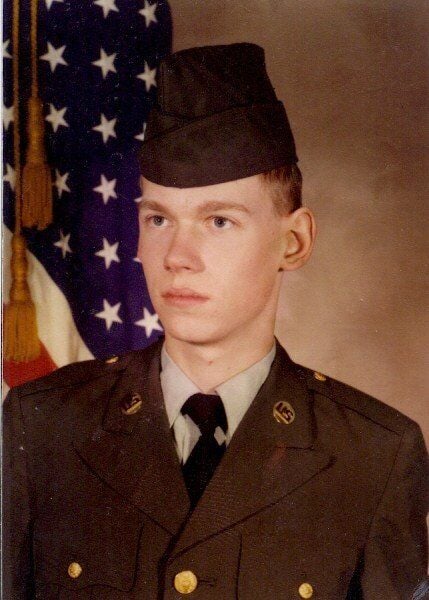 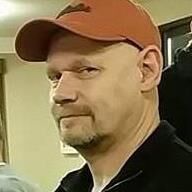 Richard A. (Rick) Wootan was born July 22, 1963 to Daniel R. (Dick) and Carol Wootan of Deer Island, Oregon. His grandparents were Maurice (Morris) and Martha (Patty) Wootan and Earl and Ruth Hanifin, all of Deer Island.

Rick passed away on October 9, 2020 at his home in the Cedar Mill area surrounded by family and friends and his beloved cat Huey.

Rick was born and raised in Deer Island, Oregon. He attended grades 1-4 in Columbia City, Oregon and attended grades 5-6 in Deer Island, Oregon. Rick was the 3rd generation in our family to attend Deer Island School. He graduated from St. Helens High School in 1981. Rick spent his childhood outdoors, fishing, playing with friends, time on the family tree-farm and picking strawberries like every local kid growing up in that era.

Rick enlisted in the U.S. Army in 1981 and completed basic training at Fort Leonard Wood, Missouri. He attended Defense Language Institute Foreign Language Center in Monterey, California. Rick was stationed in Panama for two years with focus on electronic warfare signal intelligence voice interceptor/translator. He was fluent in Spanish and Czechoslovakian.

When Rick got out of the military, he met his wife Shelley Wootan and married in 1992. They later divorced, but had their pride and joy, Timothy Danial Wootan, who was named after Rick’s best friend Tim Gamet. Rick was in Logistic Sales and Operations where he excelled and rose to the top of this field.

In 2003 Rick decided to get sober and never looked back. He was very proud of his sobriety and encouraged others. In 2017 Rick was diagnosed with Pulmonary Fibrosis and retired in 2019.

Over recent years, Rick started a couple of new collections including hot rods and guitars. He started off his muscle car purchases with a Dodge Magnum R/T followed by his Mustang GT. His love for music fueled his love for guitars with his pride and joy being a Fender Semi Hollow Body Telecaster.

Rick loved his family and friends, and his humor will be greatly missed. He was loving and kind and enjoyed his cats, Fluffy and Huey, and his grand dogs Katie and Riley.

He is predeceased by parents, Dick and Carlene Wootan; Carol Steward; and his grandparents.

At Rick’s request, there will be no service. His cremains will be spread at the family tree farm in Deer Island, Oregon. Donations can be made to Columbia County Historical Society and Museum Association or the St. Helens Alano Club. Please sign our online guestbook at www.columbiafh.com.

To plant a tree in memory of Richard Wootan as a living tribute, please visit Tribute Store.